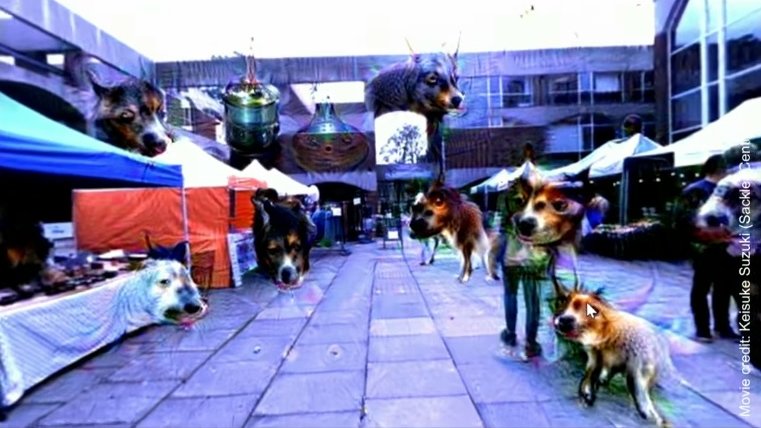 British scientists found a way to use artificial intelligence and virtual reality hardware to create a “Hallucination Machine”, one that would give users the same experience drugs normally do #realitymagic

Researchers from Sussex University’s Sackler Centre for Consciousness Science in the UK started this experiment in order to find out exactly how the brain processes perception, maybe if it even “sees” reality as another type of hallucination. “We’re hallucinating all the time,” the Sackler Centre co-director, Anil Seth, said in a TED talk. “It’s just that when we agree about our hallucinations, we call that reality.”

How true is that theory? In order to get an answer, they relied on Google DeepDream and a VR headset. In this way, visual effects can be isolated without altering the chemical composition of the brain, like drugs do. The objective was to mimic the way human brain is put into overdrive by psychedelic drugs until it imagines things that aren’t there.

The DeepDream neural network processed a panoramic video of the university campus in a first test with 12 volunteers. Since Google’s AI was trained on dog images, the reality presented to the users was full of canine pictures. The artificial hallucinations were similar to the ones caused by psilocybin, an active ingredient in magic mushrooms. More importantly, the effects volunteers said they had experienced were very similar to the ones from a 2013 study on psylocybin.

That’s a first encouraging feedback for the research team but more tests need to be taken to see how flexible the system can become. One day, it could even adjust to the users’ own preferences for daydreaming.