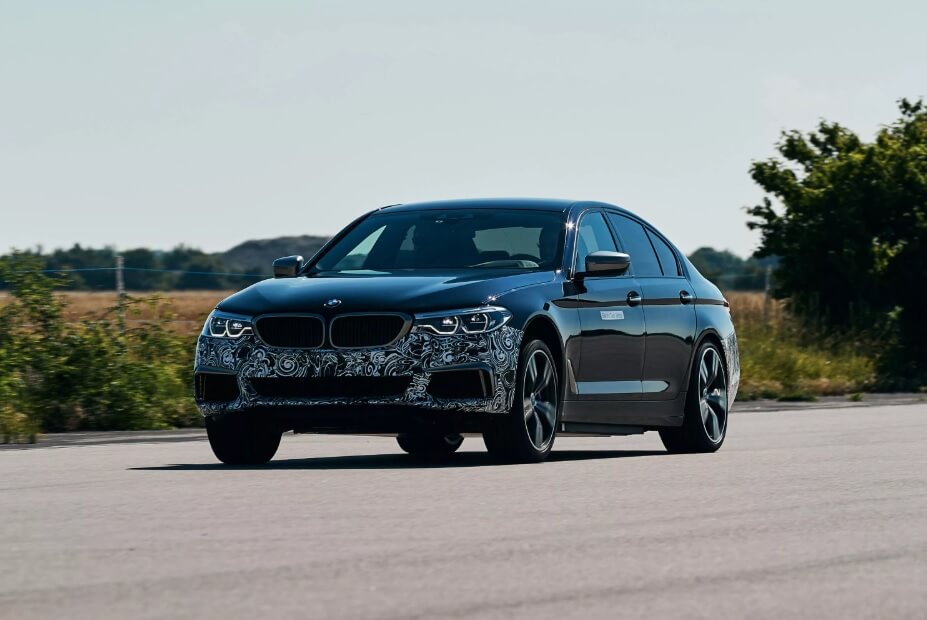 BMW’s latest 5 Series prototype is an absolute monster, let’s begin by saying that. The monster in question has been affectionately dubbed Lucy, according to project manager Matthias Stangl.

“When you say ‘Lucy’ everybody’s thinking about ‘Lucifer’, and you see this amazing black car down there.” Stangl said. “But if you think of the Latin origin of ‘Lucifer’, it’s the one that brings the light.”

The dark car might not bring the light per se but it definitely brings in the power: the prototype is fitted with no less than three electric motors. One of them rests at the front axle and the other two at the rear of the car and they all serve as a test bed for tuning the dynamics of the BMW electric powertrains.

The three motors draw their power from a 45kwh battery pack and that’s not much indeed, but it’s exactly what the car needs.

“You need a car that reacts the same way independently of the state of charge,” Stangl explained. “As you might know, a Tesla Model S, for example, is degrading very much if you go on a fast drive, so that’s not very good for function development, because the circumstances of the car change all the time. The focus was that this car behaves the same, stays on the same performing level over every state of charge.” 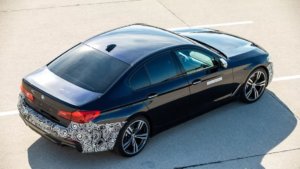 The idea behind it is that, just by altering the power output and torque vectoring characteristics of Lucy, the engineers can use all that information to develop a much wider range of electric products.

While developing new products is all real nice, the interesting bit about Lucy is that, if the engineers set all of its features to maximum, the 5 Series vehicle can churn out 720 horsepower and 7,375 pound-feet of torque.

Obviously, it’s easy to believe the number is a print mistake but it’s really not: a BMW engineer also confirmed to CNET that the car can deliver “10,000 Newton meters on the axles.”

Axle torque and engine torque are two different things, yes, but that doesn’t mean that our dear Lucy here still doesn’t deliver a punch. Its thrust allows the car to accelerate to 60mph (95kmh) in around three seconds – and those are still conservative numbers.

In order to deal with all that force, Lucy makes use of the front axle from the G12-generation 7 Series sedan. On the back, we can find more of the same architecture but, according to Stangl, the axle is just there for the prototype at the moment.

It’s unknown when we’ll see Lucy (or a design-upgraded reiteration) on the road but the success it has so far registered with the BMW engineers made quite the impression.

“Everything that we’re doing in development of this car will somehow lead into a series product,” Stangl said. “But this car is one of a kind.”