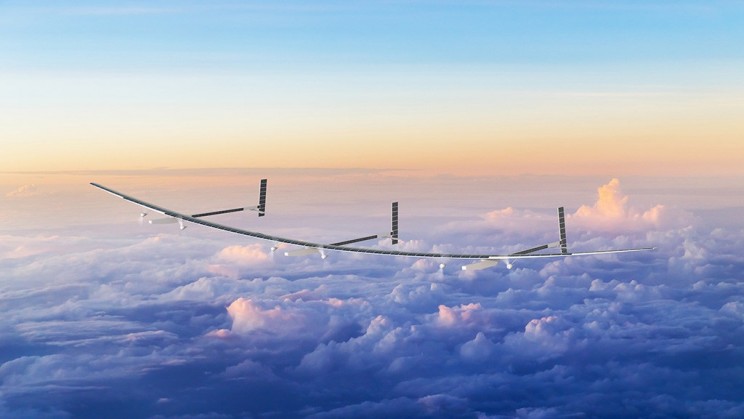 The ship is made out of advanced solar cells and lightweight materials that allow it to fly powered just by the sun, for indefinite amounts of time.

“Aurora was founded by the idea that technology and innovation can provide powerful solutions to tough problems that affect all of humankind. Odysseus was an idea born out of Daedalus that is now a real solution to advancing the important research around climate change and other atmospheric chemistry problems. “Odysseus offers persistence like no other solar aircraft of its kind, which is why it is such a capable and necessary platform for researchers. Odysseus will indeed change the world.”

The Odysseus is capable of remaining on station persistently and autonomously, allowing for both communication and data gathering over a specific location. In addition, it has a greater year-round global operating zone than any other vehicle in its class and it is also able to carry large payloads.

The vehicle can deliver a lot of information about climate and weather, aiding researchers that measure environmental factors like ice coverage, vegetation or ground moisture. The Odysseus can track severe weather events and other climate-related natural disasters, thanks to its unique abilities.

Probably the best thing about the vessel is the fact that it can achieve all this with zero emissions.

The Odysseus will embark on its maiden voyage in the spring of 2019.