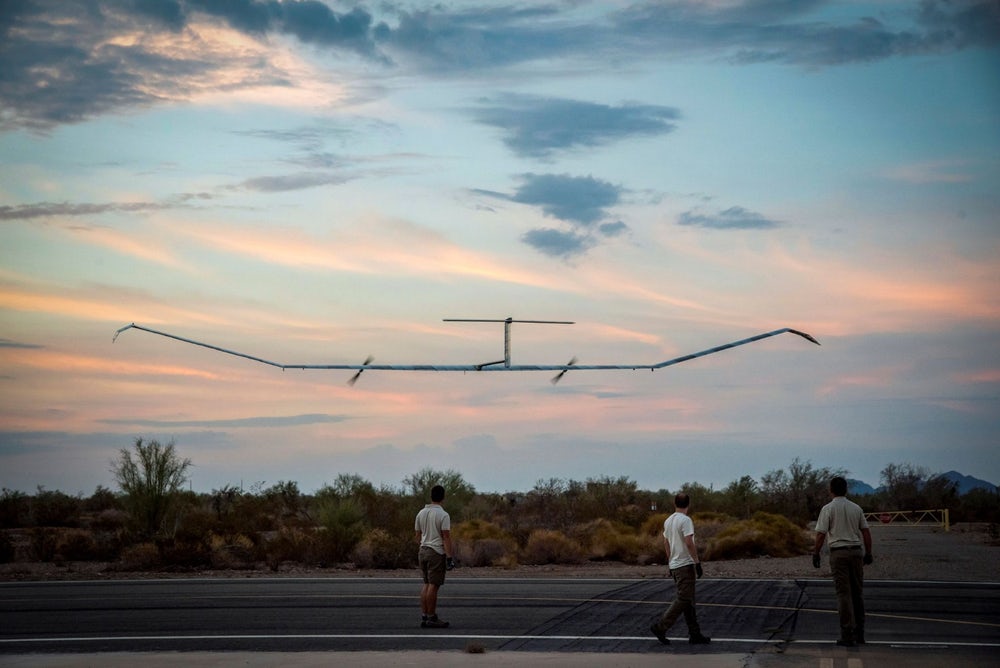 The Zephyr was initially built by the British defence company Qinetiq, which was subsequently bought by Airbus. The aircraft was designed to fly high through the stratosphere for months, without any need for maintenance or to be charged, drawing power from the sun.

The latest version of the aircraft weighs 75Kg (165lb) but it is capable of carrying up to five times that weight. It can be controlled from the ground and can carry a number of payloads, while in the near future it is expected to be able to provide high resolution imagery, voice communications and beam internet service to areas that might need it.

Recently, the Zephyr S HAPS (High Altitude Pseudo-Satellite) has managed to set a new record that set the stakes higher than ever before.

The aircraft took off from Arizona on the 11th of July and has only now landed back to Earth, collecting a total of 25 days, 23 hours and 57 minutes in the air. This now officially has made the Zephyr S the first unmanned aircraft that has been up in the air the longest without refueling.

This was its maiden voyage and the team that worked on it is currently setting setting up the next flight out for the Zephyr, which will be set in Australia, later this year.