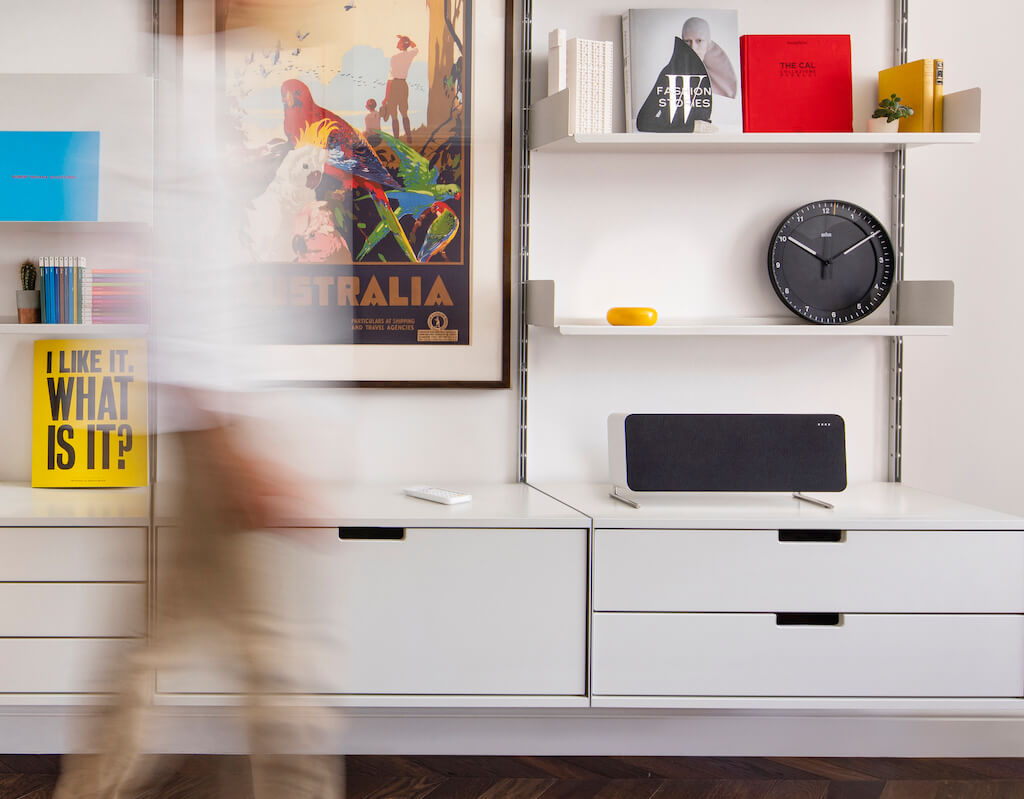 If you’re still a young adult, you might not remember Braun Audio, but the company was a trademark back in the day and even before that, in the late 50’s and beyond the 60’s and, though it has now made a return with a reinvented design of its classic LE speakers which are actually more modern than you’d initially expect.

But by the looks of it, Braun has kept a close eye on the market and didn’t leave anything to chance.

While the new LE line has kept the minimal look, the inside has seen some massive changes and it features three speakers simply named the LE01, LE02 and the LE03 which are available only in black or white options.

The most classic one of the three, in terms of sizing is the LE03. The LE01 and LE02 are much larger but they can be placed either horizontally or vertically and all three of them feature LED indicators on the top right corners.

Back in the day when the LE first made an appearance in 1959, the audio technologies it employed were pretty much top of the line of those times so you can safely assume that will be the case now as well.

They all feature a bespoke developed Digital Signal Processing pipeline alongside ARM computing cores which have been fine-tuned by German audio engineers.

The new LE speakers also feature Balanced Mode Radiators, which aim to deliver top-notch audio reproduction and a near 180-degree soundstage. They have custom designed ultra-low profile woofers alongside neodymium motors and lightweight aluminum cones, all of which aid the delivery of detailed bass performances.

The speakers, while they are wireless, they are not portable and have to remain plugged in if you want to use them. For wireless access, they employ the use of Bluetooth 4.2, AAC and WiFi. They are Airplay 2 compatible and have built-in Chromecast and Spotify Connect.

Via the Braun software or the Google Home app, you can also use the speakers as a multiroom solution. And yes, Google Assistant makes an appearance too – the speakers have an array of four beam-forming microphones of board that can handle fari-field voice recognition as well as acoustic echo cancellation.

The Braun app will allow you to control and tweak the EQ settings from the comfort of your sofa but all three speakers have physical controls as well which allow you to play or pause music, skip tracks, adjust the volume and pair up Bluetooth. The 3.5mm aux jack? There’s one of those too.

The LE series will be available as of October. The largest unit, the LE01, will have a price tag of $1,199, the LE02 will cost $799 while their smaller sibling, the LE03, will be more affordable, making your wallet just $379 lighter.