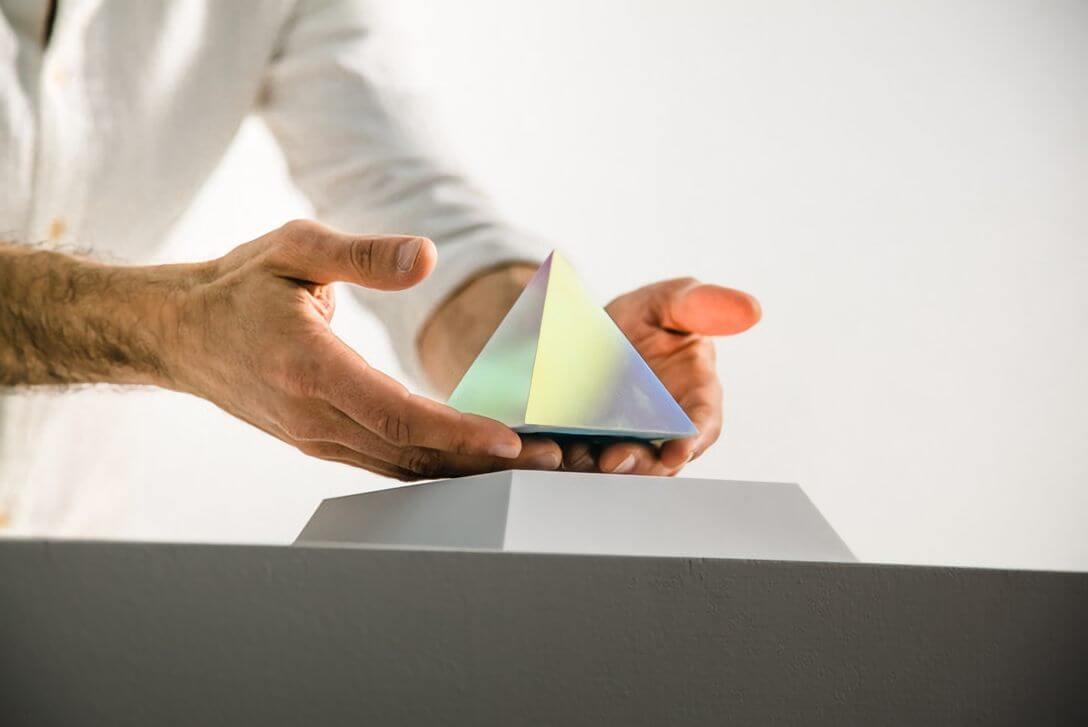 Build like an Egyptian: Crowdfund 20 ft Tall Flyte Levitating Pyramid and You’ll Get a Mini Replica

Egypt must have had within its society some of the best engineers, architects, and builders of the Antiquity. The construction of the ancient pyramids remains shrouded in mystery and impossible to equal. However, a team of innovators accepted the challenge – on a smaller scale. If you decide to crowdfund Flyte’s Kickstarter project, you can receive a levitating pyramid for your desk.

If you’ve ever dreamt of working as an archaeologist or simply loved the ancient history and traditions of Egypt, then this project is up your alley. After creating the world’s first levitating light bulb, FLYTE is working on building a pyramid 20 feet tall that is less gizmo and more artwork.

Just like their light bulb, the pyramid would function on the principle of magnetic levitation. Called Py as a nod to Pythagoras and the Golden Ratio, their creation is inspired by one particular part of the Egyptian pyramid, the capstone.

Capstones were usually covered in gold foil in order to reflect the sunrays. Many pyramids, however, are missing this part, after being stolen or due to other unknown reasons. Now, FLYTE wants to display a 20 feet tall capstone that levitates in galleries across U.S. and online, as a permanent exhibit. The team says their maglev platforms can levitate up to 100 kg/ 220 lbs.

To do so, FLYTE decided to crowdfund their project on Kickstarter and incentivize supporters with a mini Py for their home. The mini Py would levitate too and light up with a simple touch of the base.

You can support the campaign with as little as $5 but to get a mini Py for your desk, you’ll have to send FLYTE $249. Of course, there are more rewards available, that you can unlock on their Kickstarter page.

After being crowdfunded, FLYTE’s goal is to finish the largest magnetically levitating artwork on the planet by early 2022.

Build like an Egyptian: Crowdfund 20 ft Tall Flyte Levitating Pyramid and You’ll Get a Mini Replica