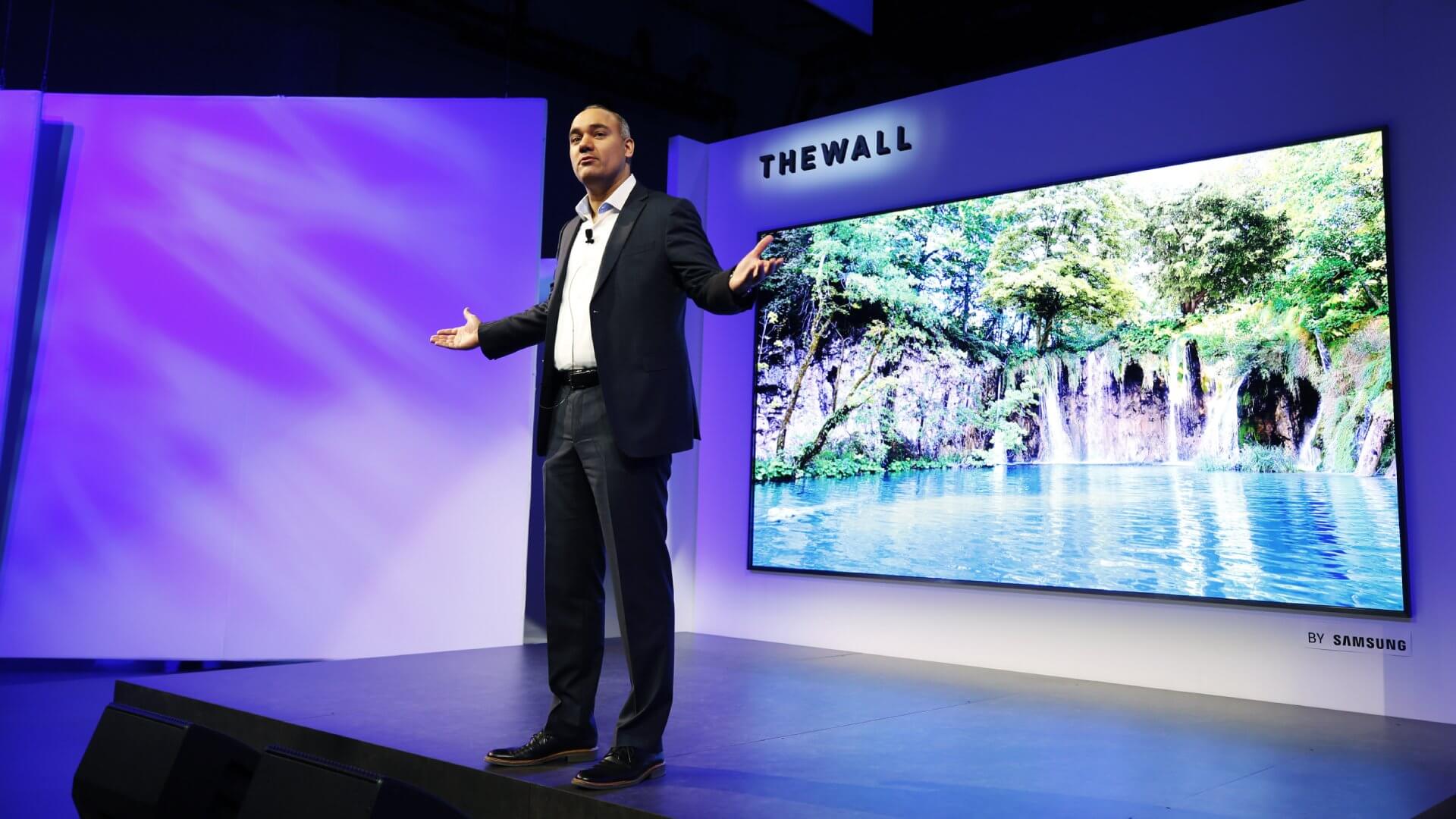 It’s the second day of CES 2018 and we just have to talk with you about the elephant in the room. Ahem, the giant Samsung TV at the show. The 146-inch behemoth is real and “modular”. What does that mean? #objectmagic

Essentially, the new Samsung TV is the world’s first consumer microLED television set that can be resized to fit the space required. Whether you live in a condo or a mansion, this TV will fit “the wall” of your choice. Alternatively, it can be the background of a conference room – it’s your call.

Besides the impressive size and modular design, The Wall has one more ace up its sleeve: microLED technology. There’s a slight difference between this one and the OLED one (that we’ll talk about later) but the image quality is the same. 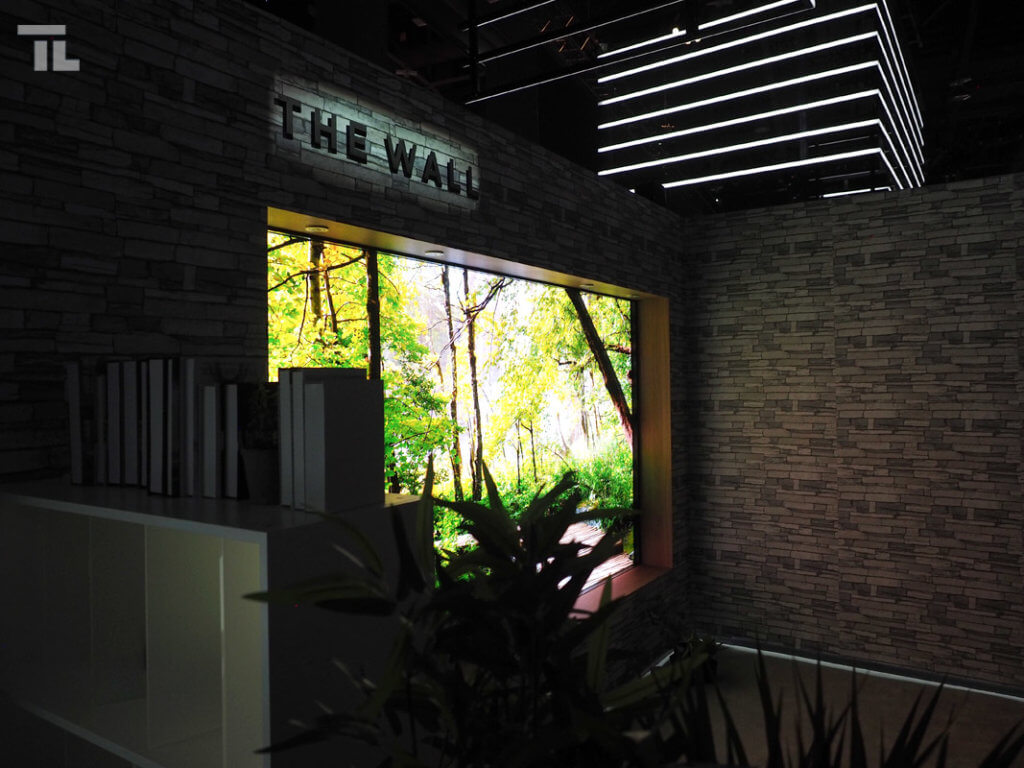 Jonghee Han, President of Visual Display Business at Samsung Electronics, comprised the company’s excitement about the product as well as its features in a brief statement: “It can transform into any size, and delivers incredible brightness, color gamut, color volume and black levels. We’re excited about this next step along our roadmap to the future of screen technology, and the remarkable viewing experience it offers to consumers.” 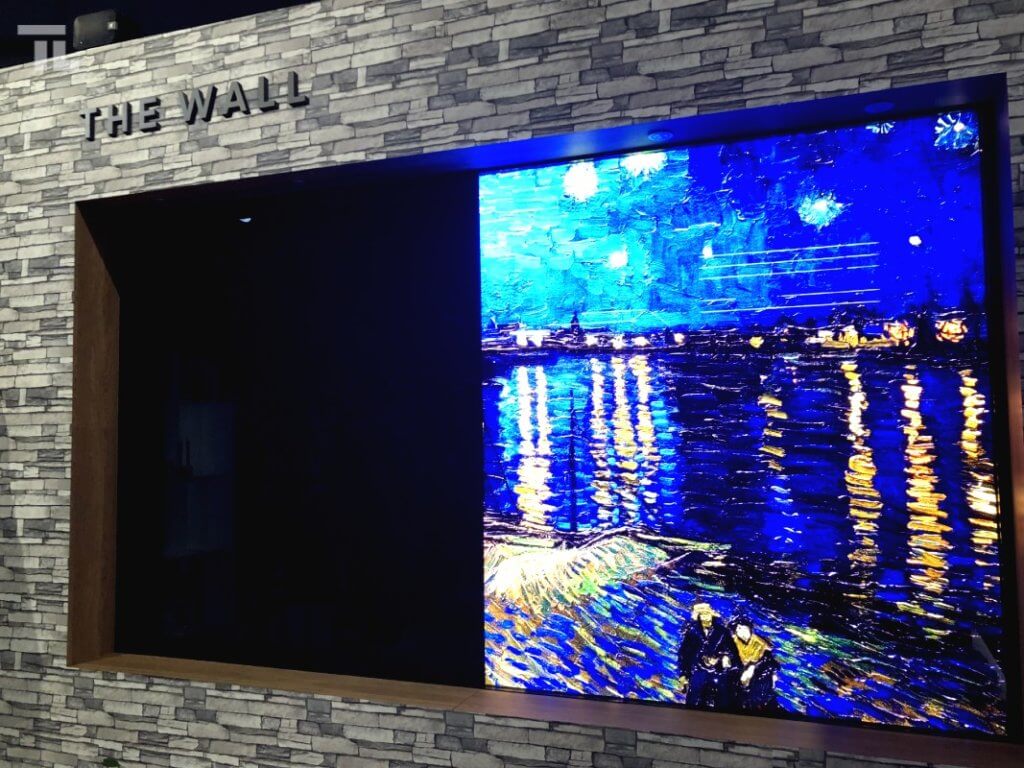 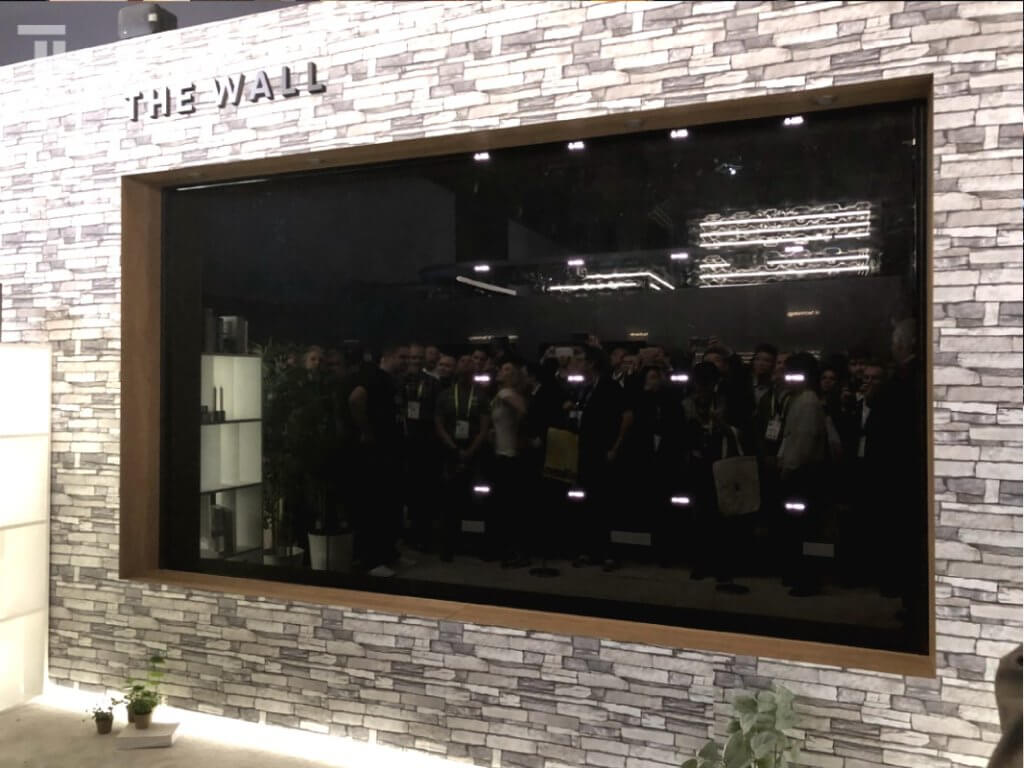 Indeed, the TV is formed from 9.37-inch modules that are integrated seamlessly and perfectly in order to not disturb the fragile microLED structure display. The overall bezel-less design helps it blend with the wall behind it effortlessly. Samsung said it would be up for sale this year but let’s be honest – unless you’re some sort of Gatsby, you don’t stand a chance. For now, look at The Wall as more of a standard for future TV sets.

LED? OLED? microLED? You might wonder what’s the difference between them. Well, LEDs (light-emitting diodes) project white backlight upon which a number of color filters are juxtaposed. By doing so, observant users can notice that the blacks are not that black and the contrast ratio disappoints. On the other hand, OLED technology lights each pixel as needed, employing an organic substance in the process. microLED ditches the rear light as well, needing no color filters. The difference here is not just in the size of the LEDs but also in the substance user – inorganic in this case.

So, microLEDs are in a way better than OLEDs because the material doesn’t age and so, it avoids the usually inescapable decrease in luminance. Pretty awesome, right?

This isn’t just the first sign of a new TV era, but also an indication that LG is going to get competition in the years to come. Right now, LG is the only manufacturer that produces commercial OLED TVs (Sony buys from them) but Samsung is on their tail.