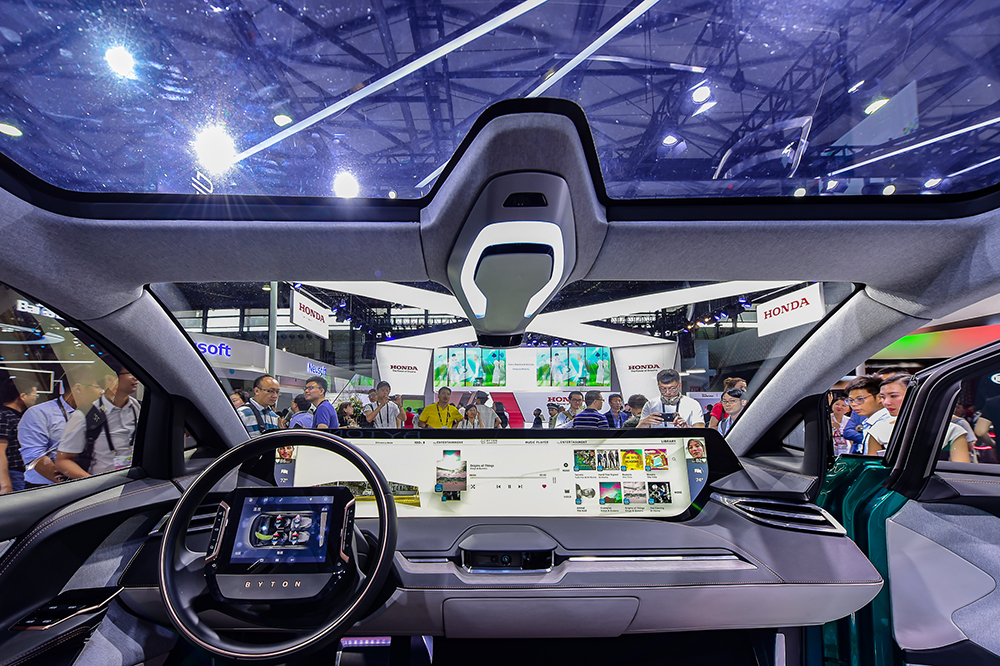 CES Asia 2018 brought plenty of innovation in all areas of consumer tech but the actual star on the floor belonged to the automotive industry. Let’s see what was on display.

Byton unveiled its second automobile, the K-Byte Concept, a driverless electric sedan with an unusual design. You can see in the image above the LiGuards, the retractable sensors that pop-out when in autonomous mode and also light-up to alert pedestrians that the driver is not in charge of the wheel. On the roof of the K-Byte Concept are the front and rear LIDAR sensors housed in what Byton calls the “LiBow”. As for the software that enables the driverless feature, that one is provided by Aurora and will bring Level 4 autonomy by 2020.

And a video, too, of the @BYTONcars K-Byte concept for your viewing pleasure. pic.twitter.com/2vBbXJD2Tp

The Smart Vision EQ Fortwo concept car from Daimler AG was another one of the stars at CES Asia 2018, showcasing the future of autonomous ride-sharing. This cute little driverless Smart wants to one day replace Uber as it picks up passengers directly from their chosen location. It also doesn’t have any pedals or a wheel, just room for two passengers.

The future of mobility, transportation and vehicle tech is at #CESAsia pic.twitter.com/vcmRoIHiU0

LeapMotor, a Hangzhou startup, announced the launch of the very first Chinese-made AI chip for vehicles. Called “Lingxin 01”, it will bring deep learning and computation around five times faster than mainstream chips.

The same Apollo self-driving open-source platform that Byton will use was also present in the two autonomous busses below, both projects under Baidu’s umbrella. The self-driving bus will enter production this summer, with the company aiming to produce 100 autonomous shuttles that will hit the road this year.

As you can see, CES Asia this year was all about driverless tech and the future looks pretty #automagic.