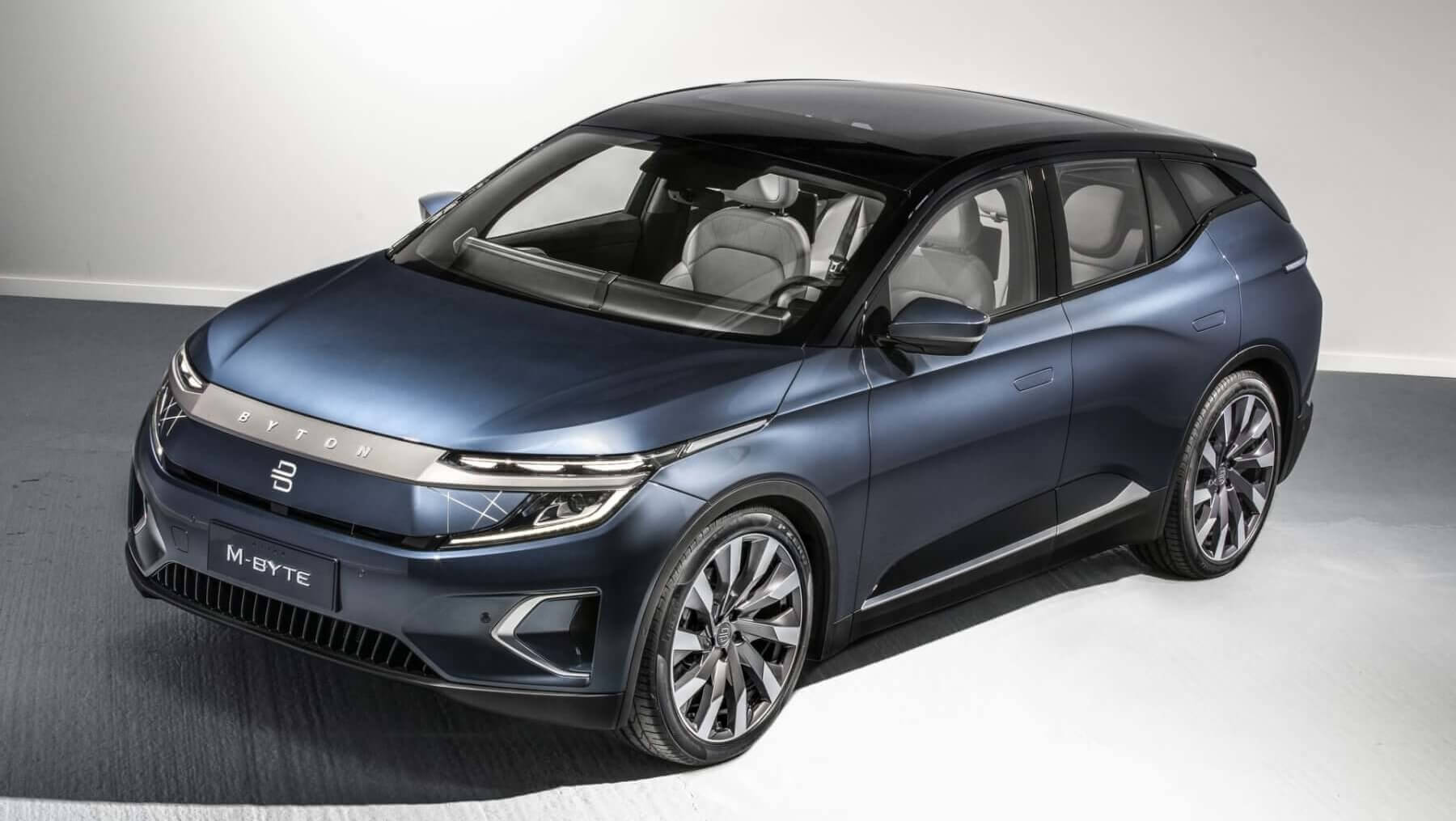 So, what has changed?

We’ve seen Byton at a couple of shows already, once from afar, the other time quite up close, with Yue on the passenger seat. However, each of those times we reported on a concept product, with a blurry release date in line and no definite production features.

Now, at the IAA in Frankfurt, the M-Byte has shown up as a final, road-ready model. Quite a couple things have been tweaked, with the obvious selling points – like the display – staying the same.

The forward lights are different now, in order to fit projector headlamps and side indicators but still follow the “C” lines initially drawn by the designers.

Instead of rear-mounted camera pods, we can see wing mirrors and the electronic door poppers have been replaced with door pulls that are flush with the rest of the chassis. However, there’s no facial recognition sensor pod to talk about.

You still get the 48-inch curved display of course with a secondary driver tablet on the steering hub.

M-Byte will ship in two versions; the entry one has 270hp, with a 200kW electric motor and a 72kWh battery so it should go for 224 miles before having t recharge. The second one is an all-wheel drive that adds a second motor; you should get a total of 402 hp and 300kW in the end. With a second motor, it’s also likely your range will increase at about 270 miles.

The price is still the same as the one rumored months ago – a mere $45,000. M-Byte will first hit the Chinese market in 2020, with Europe and North America getting a chance at it in 2021.