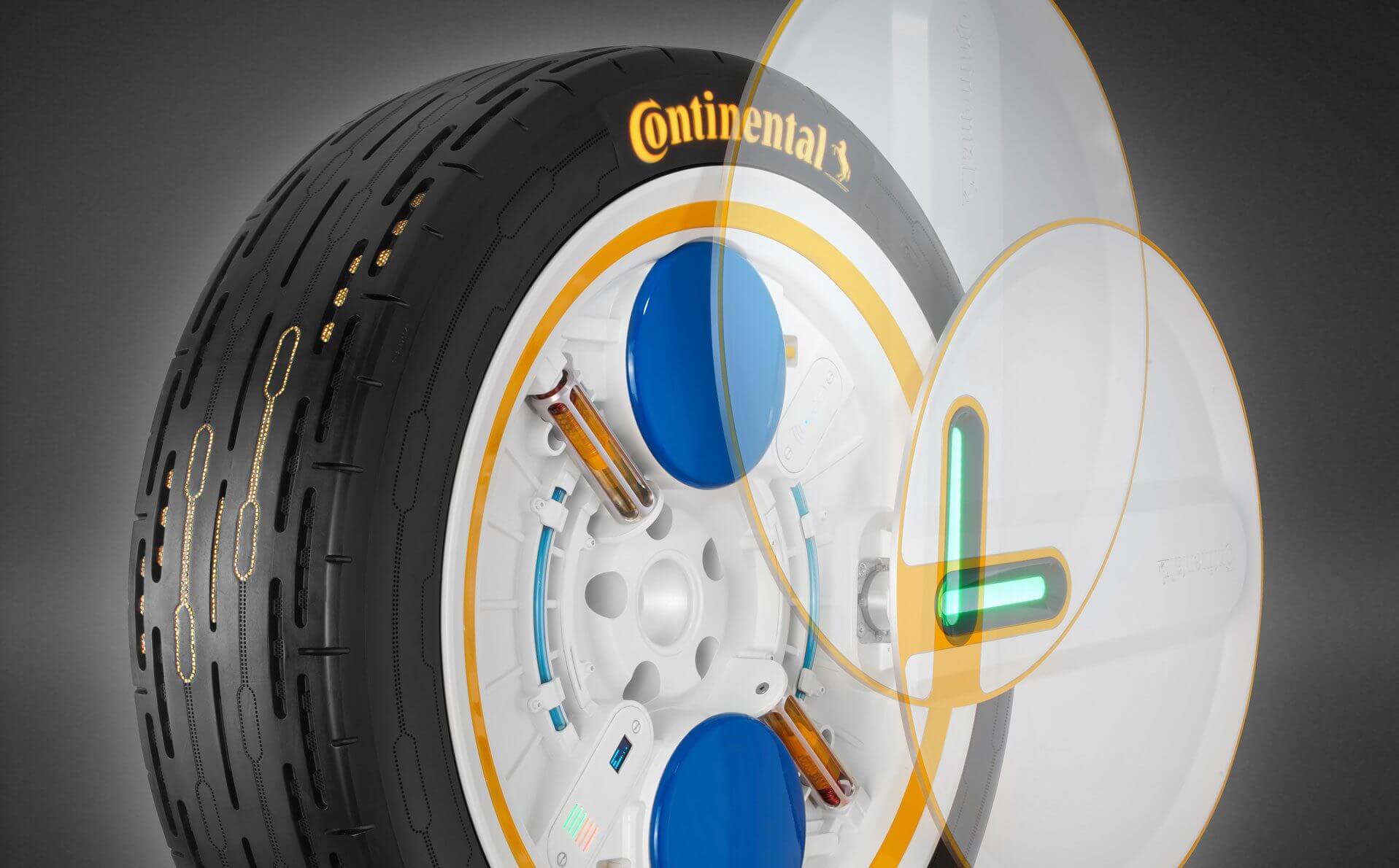 We ask a lot of things from the cars of the future, in terms of design, autonomy, tech innovations, you name it. We not only expect our future cars to drive themselves but also to offer us the comforts of a living room, if possible, and for them to adjust to any scenarios they might encounter on the road without us having to intervene.

Most of those demands focus on the upper body of the vehicle and its accompanying software – but what about the tires?

Continental has thought of that and the company took advantage of the Frankfurt Motor Show which took place last month to introduce C.A.R.E (Connected. Autonomous. Reliable. Electrified), a tire concept that introduces a design which relies on embedded sensors that boost efficiency but also give the tire the ability to self-inflate as it keeps rolling.

This technology is called ContiSense and it consists of a network of integrated sensors set in the tread. They monitor the tire and communicate all the necessary information along. That means data about the pressure, the tire condition and the degree of wear.

The idea of ​​a connected microchip to monitor the tire is not new, but the Continental concept goes further. ContiCARE proposes the tire pressure can adjust itself to different driving situations thanks to centrifugal pumps incorporated in the rim that store the compressed air generated during tire rotation.

This technology, called PressureProof, would always maintain an optimal optimal pressure, contributing to the reduction of fuel consumption and CO2 emissions. In addition to that, if any extra air is created, that air will be stored in a tank and will be used when it’s needed.

For now, Continental has not mentioned anything about mass production or when we’ll see the technology in action on the streets of our cities but we have to admit: this is the type of thing we’d definitely want to see on the self-driving vehicles of tomorrow.