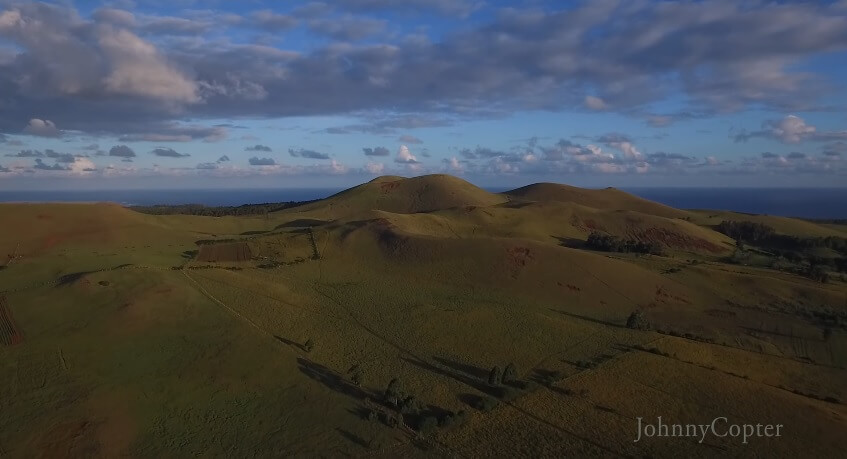 Egg hunting or decorating? Neah! The most exciting thing you can do this Easter is grab your drone and go to… Easter Island. The infamous Polynesian island is one of the most remote places on earth, still inhabited today. It’s a place few are able to reach, especially with a drone, but when they do, such a video appears #actionmagic

Last fall, Johnny Copter managed to get to Rapa Nui or Easter Island. Considered a special province of Chile, inhabited by the Rapa Nui people, and a World Heritage Site, you can imagine the efforts Copter made to reach it and capture it on video. Especially since he wanted to see it from above, using a drone. The YouTuber explained that he needed to get a “special permit” to fly his drone in this area undisturbed by law enforcement.

Indeed, the Rapa Nui area is monitored by DGAC, which stands for Dirección General de Aeronáutica Civil. Although Easter Island is not a populated area as an urban settlement of Chile, it’s still the home of at least 5,800 (according to the 2012 Chilean census).

So, if you get giddy at the idea of recording aerial video of this one-of-a-kind island and its moai (the hundreds of stone statues guarding the coastline), be prepared. You’re gonna face some resistance but armed with patience and persuasion, you might get this type of spectacular footage:

What’s the coolest place you’ve recorded with a drone? Share your drone videos with us in the comments below!