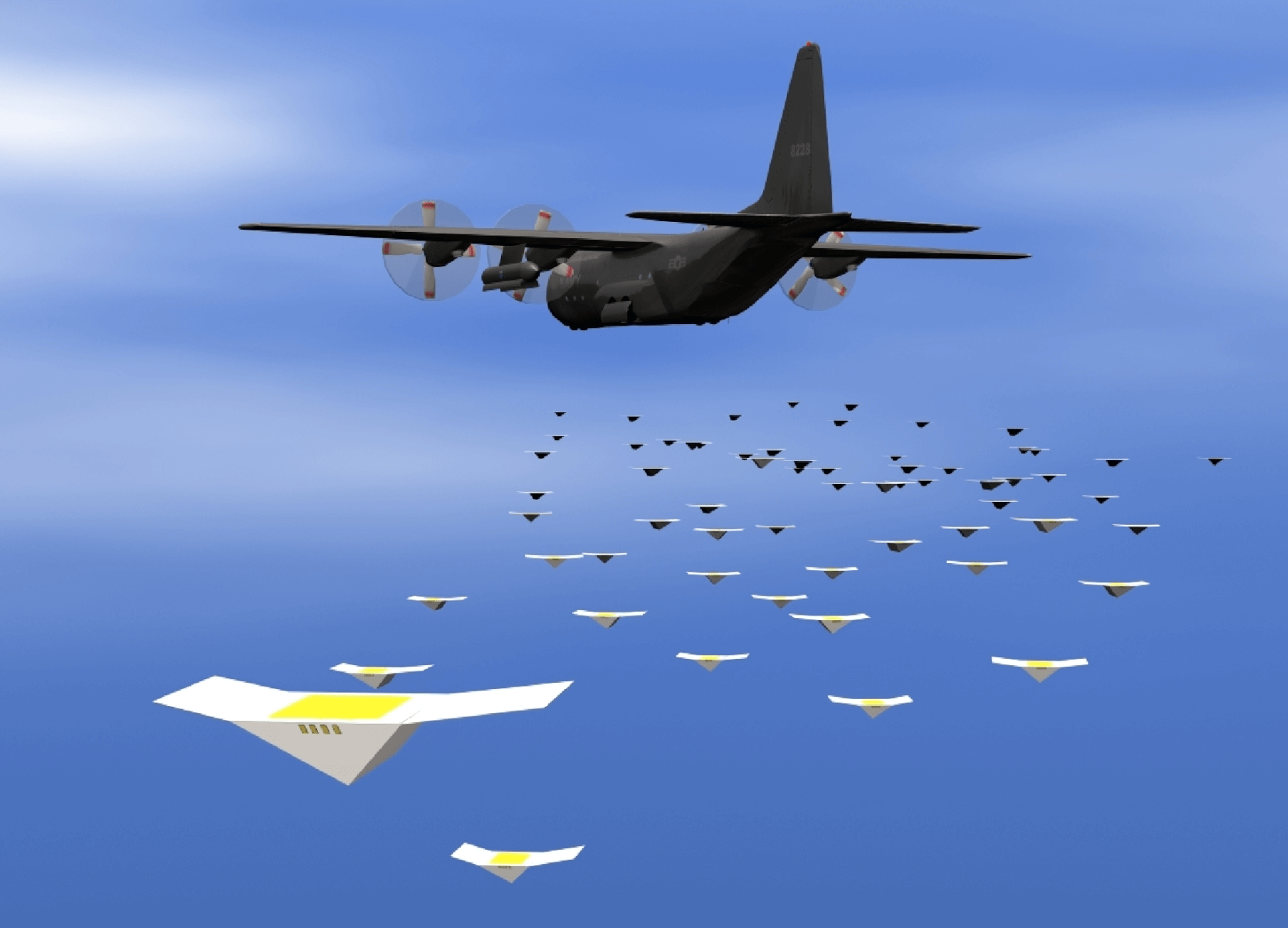 After 11 years of development and at least six of flight tests, the U.S. Navy is ready to release tiny spies in the wild. Cicada, the palm-sized drone which has been in the works for the last decade, is about to face its final test: swarm flight #actionmagic

The U.S. Navy’s Research Laboratory is ready to release their small creation in the world. Cicada, a Close-In Covert Autonomous Disposable Aircraft, fits in the palm of your hand. It weighs a maximum of 65 grams, has tiny wings and autopilot controls. Currently, its being tested in groups; military airplanes can drop one at around 1,000 feet per minute. A total of 32 individual cicadas are used and disposed of when the mission is complete.

As you might suspect, the name of the drone wasn’t chosen only because of the size similarity. Cicadas insects have a very peculiar behavior – they can stay hidden for 13-17 years and then emerge in huge numbers, overwhelming predators. Doesn’t that ring a bell? After all, the Cicada drone has been updated for the last 11 years. Moreover, its flight strategy is to “attack” in a group of 32, never alone.

Each Cicada drone contains pressure, humidity and temperature sensors and can land on a target with a 5 square meters accuracy. All drones are guided by GPS after they are dropped from the plane.

Now, the U.S. Naval Research Laboratory has reached the final phase of their experiment with these tiny, yellow drones. The only thing that remains to be seen now is if the Cicadas can ace a swarm flight test. Then, they’ll be assigned industrial or research missions.