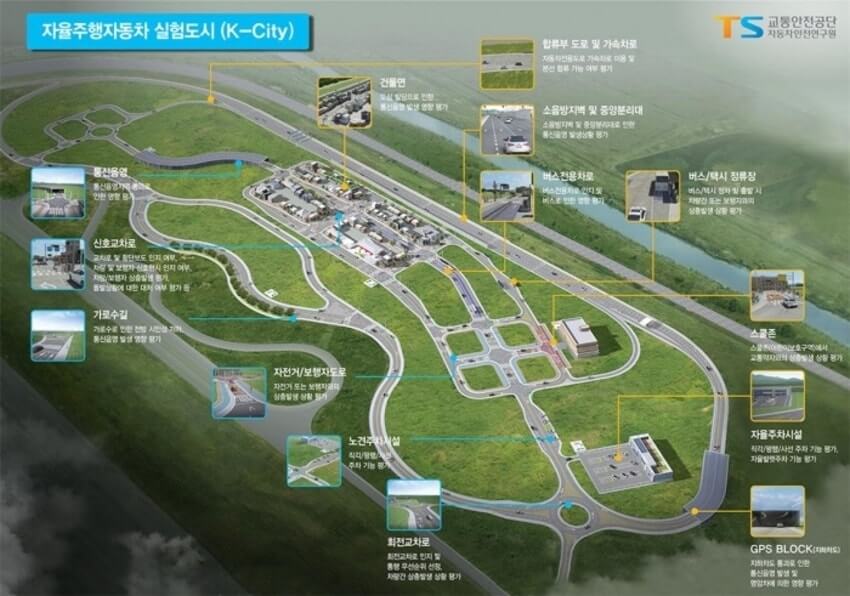 The South Korean government knows the only way to compete with U.S. companies in the autonomous industry is to make things easier for their own local ventures to test and improve their technology. That’s why the country has built one of the largest testing sites in the world for self-driving vehicles, called K-City #automagic

The new testing grounds are large enough to be considered a small city, hence the name. It’s an 80-acre (3.45 million square feet) piece of land where cars can be tested in almost real-life road conditions.  To achieve that, the city will include various obstacles found in normal urban environments. There will be highways, downtown zones, outskirts where autonomous cars have to take into account pedestrian crossings, toll gates, construction sites, tunnels and even potholes.

So far, a four-lane highway has been inaugurated and by 2018, the whole facility should be ready. Companies like Samsung, SK Telecom, Hyundai, and Kia Motors are expected to test their Level 3 vehicles here, with a driver standing close-by to take over if needed (remember, only Level 5 cars are smart enough to drive without a human behind the wheel).

However, South Korea isn’t the first country to have put together such testing grounds. In fact, in US, the largest site of this kind is Waymo’s Castle (anyone surprised?), a 100-acre artificial city in the desert. By the end of the year though, an even bigger place will emerge. University of Michigan will design a 335-acre site at Willow Run.