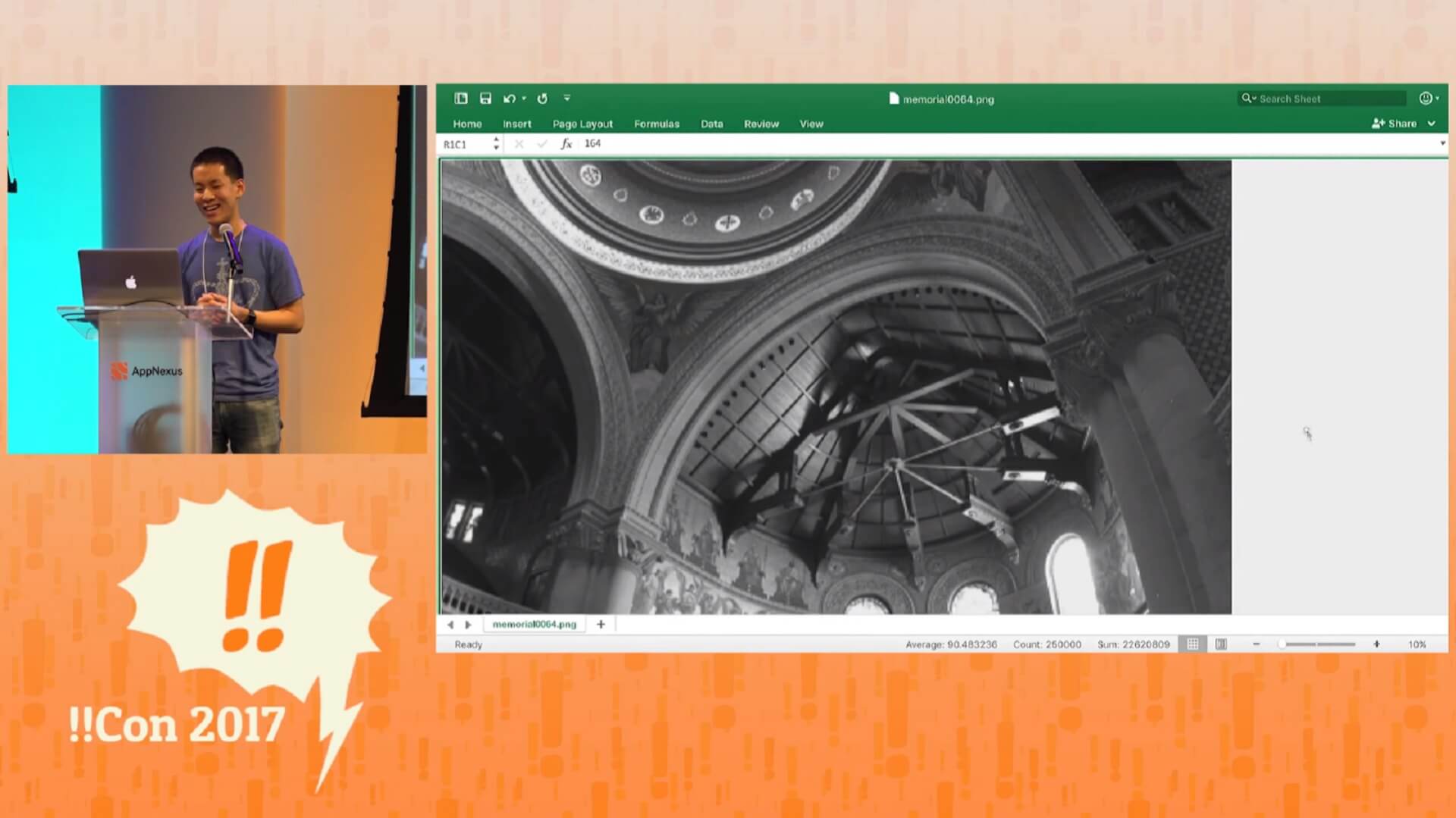 Microsoft Excel used to be the death of creativity. Most creatives would shrink away from the program, deeming it the guilty pleasure of more analytical minds. One computer science student proved the contrary after creating an HDR photo using it #softwaremagic

Kevin Chen, a previous software intern at Apple and student at Columbia University, went on the !!Con stage last year to explain how he managed to make a photo in Excel. Oh, and not just any photo, but an HDR one.

Turns out, it’s not that complicated, once you realize what goes into making a high-dynamic range image. “It’s just a system of linear equations!”, explains the student. So, Chen worked on an algorithm starting from the amount of shutter open time needed to get a brighter image and the brightness levels itself. The equation itself is explained in detail by him below; point is, he turned the images in black and white and inserted the resulting values into a spreadsheet. Then, he used conditional formatting to color the bottom and top range.

The program replaced the values with grayscale pixels, attributing an individual pixel to each cell. But it wasn’t enough. Chem made the cells square and played with the zoom setting to reveal the full photo.

If you look attentively, you’ll see much more detail captured in the area of the glass windows, making his experiment a success.