CRISPR Used to Create An Antidote for Box Jellyfish Venom 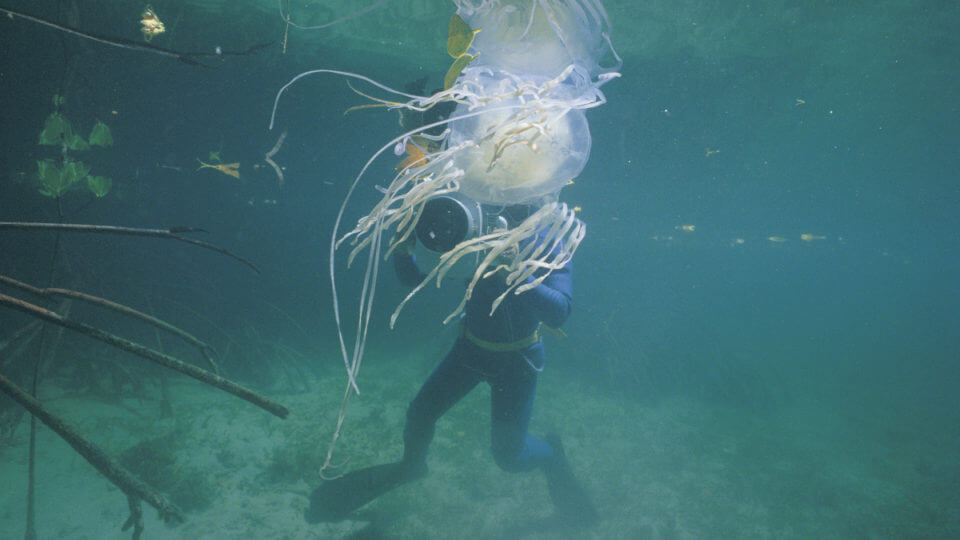 The box jellyfish is known as one of the most venomous creatures that inhabit the oceans – it can grow up to three meters in length and have up to 60 tentacles. Its sting, according to some of the victims who survived it, brings about a burning, excruciating pain. A large enough dose can cause cardiac arrest and, subsequently, death.

While most of its stings do not lead to death, they do leave behind some serious scarring, as you can see in the photo below.

But it looks like Australian researchers managed to find a proper band aid for its fatal sting, at long last.

Researchers at the Sydney University have published a new research that has uncovered what might prove to be a potential antidote for the fatal venom.

They made good use of gene-editing tool CRISPR and turned off, one by one, every gene in the human genome, in order to test which one is needed for the venom to kill the cells. The researchers compared the experiment with ‘flipping all the switches in a house, trying to figure out which one turns off the kitchen lights‘.

Though they were not positive they will get an answer at all, luckily, they managed to identify gene-edited cells capable of surviving even after having been exposed to the venom for two entire weeks, continually.

The top genes happened to be part of a pathway that also makes cholesterol in cells and, since cholesterol has been under serious study for the past 30 years, they discovered there were already drugs available on the market that targeted a number of different steps in cholesterol regulation.

Those drugs, if added before venom exposure, could completely block out the venom’s ability to kill the human cells. In addition to that, the researchers discovered that they had about a 15-minute window where they could deliver the drugs before the venom would start working.

“[…] there was already a drug that could act on the pathway the venom uses to kill cells, and when we tried this drug as a venom antidote on mice, we found it could block the tissue scarring and pain related to jellyfish stings.” Associate Professor Greg Neely said “We know the drug will stop the necrosis, skin scarring and the pain completely when applied to the skin. We don’t know yet if it will stop a heart attack. That will need more research and we are applying for funding to continue this work.”

The researchers are currently reaching out to the government and potential commercial partners such as first responders, who can help them move the antidote forward and clear it for human use.