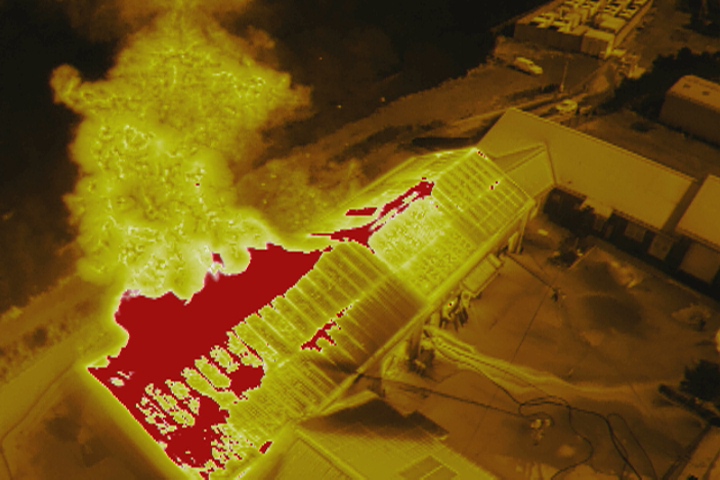 DJI’s newest drone was developed in partnership with FLIR Systems and is targeted mainly towards industrial use, but the camera also features thermal imaging technology, which could make it a good addition to surveillance or search and rescue missions.

The FLIR thermal microcamera has a Spot Meter feature which shows the average temperature of an object or even of an area. Alongside the Spot Meter, we can find another one called Isotherm, this particular feature allows the pilots to assign their colors of choice to the temperature ranges.

The final feature is the FLIR MSX, a multispectral dynamic imaging that basically adds light details onto the thermal images, allowing the pilots to see the things that would be harder to understand just via the raw footage.

“Drones are fast becoming a common sighting in public safety and inspection operations, where users get immediate value from a reliable aerial tool that can easily be deployed anywhere at any time.
When DJI and FLIR first introduced the XT camera in 2015, we opened up a range of new commercial drone applications. With the Mavic 2 Enterprise Dual, we are enabling safer operations in more diverse environments so operators can focus on accomplishing their missions.”

The camera housing has a three axis gimbal and comes with a 4K sensor that captures regular footage, a 2400 lumens spotlight, a loudspeaker and a M2E beacon.