Before any audiophile perks up at the announcement of the Dolby Dimension, we need to warn you: the first Dolby wireless headphones won’t come cheap.

Priced at $599, the newly unveiled Dolby Dimension require quite the hefty investment, especially since they’re not really designed for you to walk around with.

What are they for? 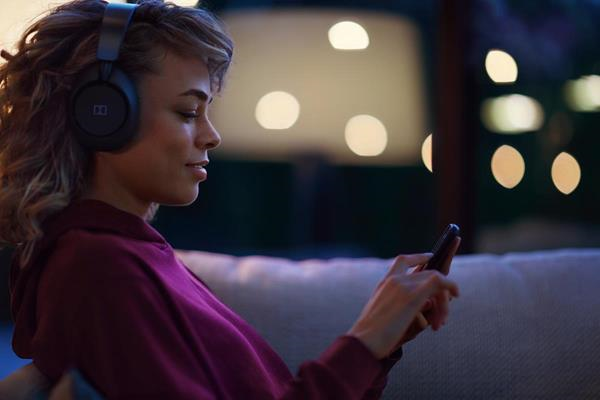 Of course, if you have loud or overbearing neighbors, the Dolby Dimension will be very attractive and not just because of that full leather look.

These headphones are fitted with a pair of 40 mm custom acoustic drivers and promise up to 15 hours of battery life, rechargeable via Micro-USB.

The main perk of the Dolby Dimension is, however, the Qualcomm Snapdragon quad-core ARM processor, which offers a sound quality at almost-Atmos levels with “virtualization” and has a Head Tracking feature that makes the sound from your TV remain at the same volume, no matter which way you turn your head.

However, Dolby recommends Dimension for binge-watching, making them sound really appealing for those with roommates or prickly neighbors.

“With Dolby Dimension, consumers can be fully immersed with cinematic sound, while staying connected to their important everyday life moments, all while binge-watching their favorite hit series on Netflix, iTunes, or Amazon Prime Video,” says the company, adding that “there is no need to watch with one ear cup off or go to a separate room because they want to watch something different from their partner or roommate”.

All that is achieved with Dolby LifeMix, which combines active noise cancellation with the ability to still hear what’s happening around you.