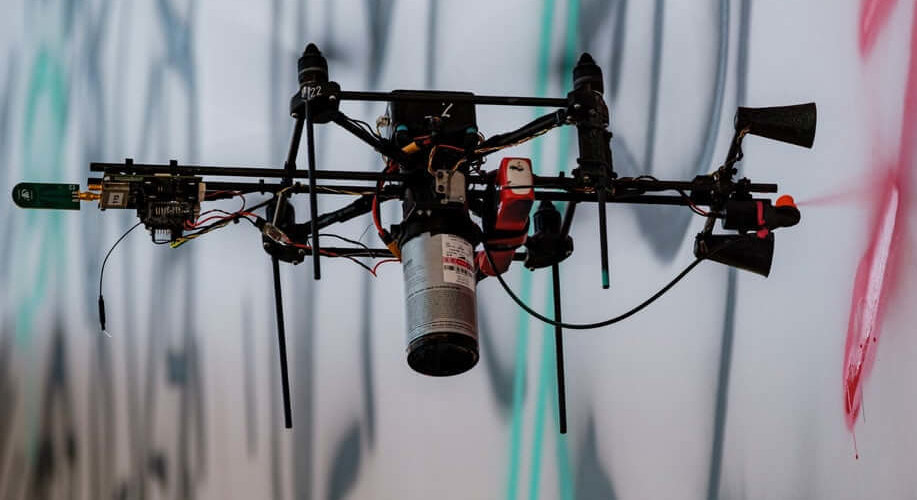 Artists who paint usually rely on brushes, pens, pencils, charcoal and, more recently, tablets. They also tend to choose their own designs and paint by themselves but now, a new project tries to usher in a new era of urban art: drone-based art for the walls of cities.

A few years ago, design and architecture firm Carlo Ratti Associati revealed the Paint By Drone system, which employs the use of drones to paint graffiti onto outdoor walls. Each drone was backpacking a spray-paint tank that was able to create CMYK designs. They were controlled by a management system that monitored their positions in real time.

Back then, the drones showed off their graffiti skills by painting designs on scaffold sheets on construction sites. The content was fed to them digitally, via an app.

Carlo Ratti Associati now decided to take the project a step further and crowdsource the next step in the evolution of drone art by creating a new project called the UFO-Urban Flying Opera.

The company asked people to submit their “thoughts, hopes and ideas regarding what cities should look like” and, out of the over 1,000 submissions they received, Carlo Ratti Associati, the University of Turin and the Polytechnic University of Turin selected around 100, all of which were mixed together to form one single design.

The next step was to find a suitable spot for the artwork and that came in the form of Turin’s Aurelio Peccei park, a disused automobile manufacturing plant in Italy.

“The city is an open canvas, where people can inscribe their stories in many ways,” Prof. Carlo Ratti, founder of Carlo Ratti Associati has said in a press release. “Such processes have always been happening; however, with UFO we tried to accelerate them, using drone technology to allow for a new use of painting as a means of expression.”

Four drones worked in tandem over the course of two days to make the art installation happen while they were being directed by a central control system as to what to do. A visual monitoring system kept a close eye on where they were located in relation to one another at all times as well.

The finished painting measured 46 by 39 feet (14 by 12 meters) altogether and features three differently-colored layers. The black layer is the layer that set up the story. The red one acts as a representation of the communities and public spaces of the city of Turin while the blue layer wraps up the story.

You can watch the drones do their thing in the video below.