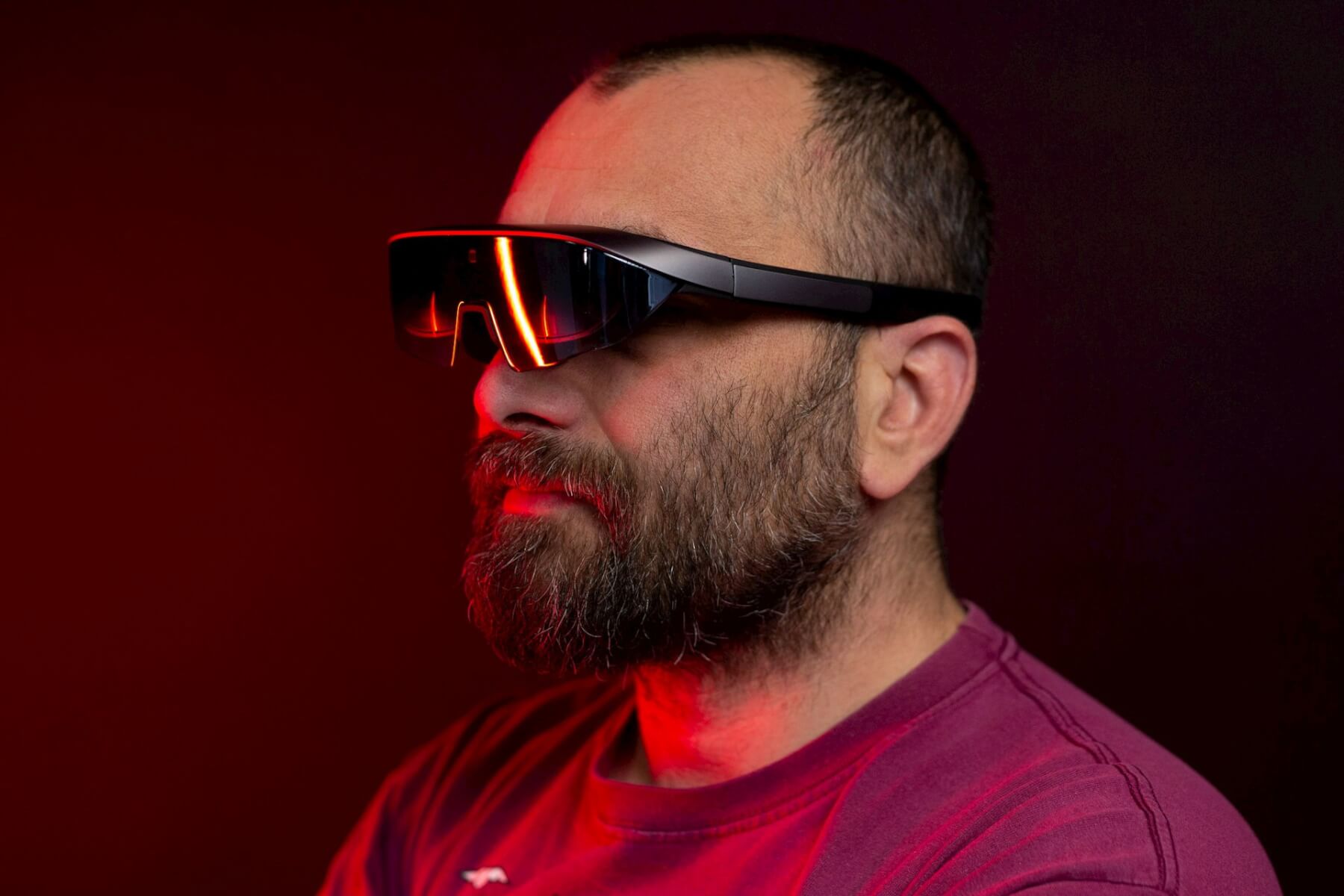 Geordi LaForge had to be the coolest member of the USS Enterprise-D, right? I mean, his visor gave him +💯 BP (Badass Points) on a regular basis. Granted, it had a practical purpose in the movie but when we saw these 4K AR glasses from EM3-Stellar, we couldn’t help but think about how they channel LaForge in today’s era.

Unlike LaForge’s visor, this cool device from Stellar represents some of the lightest and modern AR glasses we encountered, besides the Nreal pair from CES 2019.

They’re a bit heavier than a pair of normal sunglasses but that’s a given, considering the internals.

We did appreciate the modern cut of the visor and the lack of a bottom frame, which makes them sleeker than your usual tech accessory.

Also, the USB-C port is pretty discreet, almost hidden in one of the arms of the glasses. We had to look for it quite a bit.

The setup process is straightforward – simply connect it through a USB-C cable that has a video output over USB-C.

The device should power up once the user puts it on and power off when it is taken off. Brightness and volume are adjustable.

We checked out a prototype model, so some things may change when the device comes to market but the core features should stay the same; like the ability to connect not just to laptops and phones, but also to game consoles such as XBOX, PS4, SWITCH.

Also, the makers did take into account users with eye problems, and magnetic myopia lenses can be attached to them.

With the multi-screen and 3D preview function, EM3-STELLAR claims the glasses are perfect for 3D designers to boost productivity.

EM3-STELLAR is hoping to entice potential customers through a Kickstarter campaign. The glasses will show up on Kickstarter on January 5th, 2021 at 9 AM EDT with a Super Early Bird Price of $499.