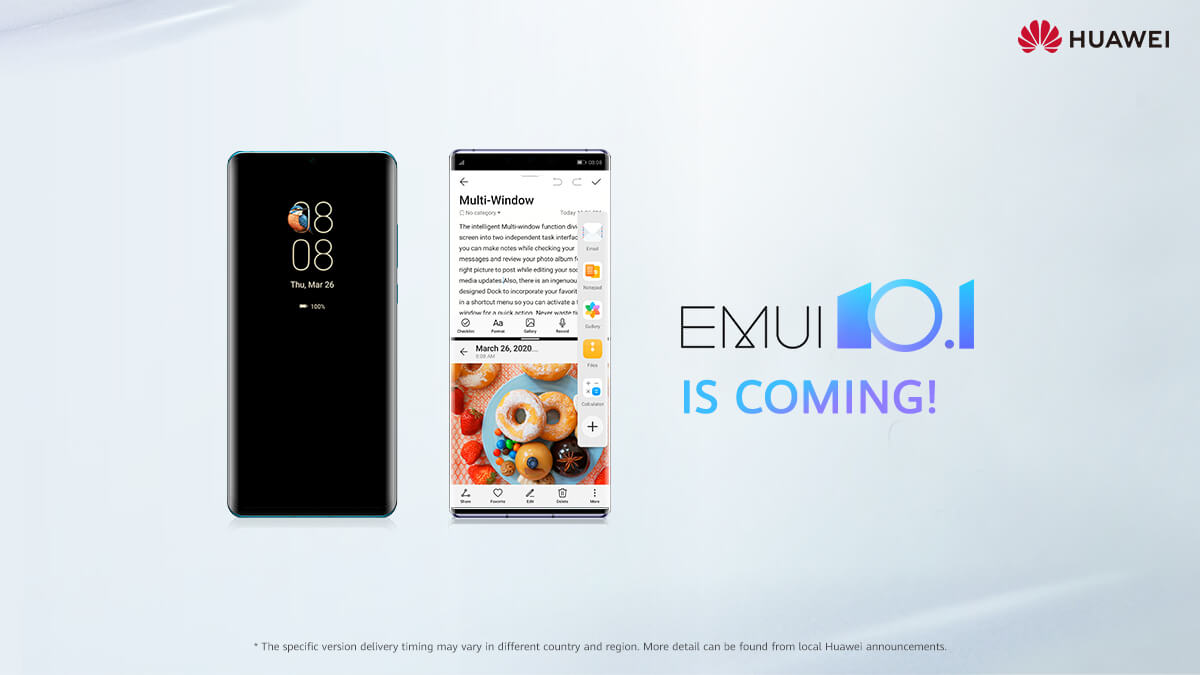 Huawei first introduces the EMUI 10.1 during the launch of the Huawei P40 Series, in March. If until now, the update was available on some models in China, Huawei has announced a release timetable for devices outside China.

Here’s the list which also includes several Honor phones to get the Magic UI 3.1 shares plenty in common with EMUI 10.1 and arriving in June:

Among the new additions, there are the MeeTime video calling and the Celia voice assistant.

MeeTime video calling is a powerful all-scenario video calling application, which can connect to third-party devices such as the DRIFT action camera. In this way, the external camera becomes an extended camera of the smartphone itself, very handy when you need to share a live sport or stream a live event during the call. The innovation is initially launched in China, Malaysia, Thailand, Philippines, Singapore, Indonesia, Saudi Arabia, and South Africa.

Regarding the Celia voice assistant, the innovation accesses the device hardware and by using AI capabilities identifies objects, control media playback, send text messages, and supports face-to-face translation. For starters, Celia will offer English, French, and Spanish support and will be available on Huawei Mate 30 and Huawei Mate 30 Pro. Consumers from United Kingdom, France, Spain, Mexico, Chile, Columbia and South Africa will benefit from this innovation, with the company’s promise that other countries in the world will folloW.

Another update is the 3D Rendered Always-on Display that separates digital figures from the background in a multi-layer construct, providing an exciting 3D experience.

Also, consumers will be surprised by the three fingerprints unlock animations inspired by the elements of earth, fire and water.

Huawei Share is also getting better and can now support transfers between 1+8 devices like smartphones, PC, smart speakers, and tablets.