Welcome to Extraordinary Tech 2018 Day 13. Join Buchanan, Joelle, Mike and myself on our adventures as we test out some of the best tech available in 2018. Every Monday, Wednesday and Friday we’ll be showcasing devices that came with us on a cross-country trip this summer, ranging from an outdoor speaker that will change the way you think of sound to a smartwatch that offers the best fitness features at an affordable price. Along the way, we’ll be hosting giveaways of some of the tech featured in this series, so stay tuned!

The Yamaha YAS-207 Sound Bar with DTS Virtual:X was supposed to be an easy homerun. Set it up on the TV at our accommodations, play Jurassic Park 20th Anniversary Edition, sit back and relax. The movie’s own DTS sound would mesh well with the DTS technology in the YAS-207 and that would, in itself, create an amazing story.

Unfortunately, it wasn’t that straightforward.

As we got into the apartment, we saw a 24″ TV staring back at us. We weren’t deterred; the quality of a TV is not conditioned by the size of the screen after all. On closer inspection, the TV must have been at least 10 years old. It was so old that it still used tri-color analog input, something few, if any, new TV sets use anymore. The DVD player was outdated as well; not only could it not handle Blu-ray DVDs, but it could also not connect with the Yamaha Sound Bar for the same reason as above.

Or so we thought. Turns out Buchanan knows a little bit more about sound technology that we do. So, he took Joelle’s Beat’s audio cord and plugged one end into his computer and the other into the sound bar. Then, he routed the computer video through the TV. After a little finagling (and switching of inputs and outputs), the TV finally started playing Jurassic Park!

The visuals left much to be desired; we expected a Blu-ray experience, but had to settle for one that was even worse than the one on opening night 20 years ago. Colors were distorted and pixel count took a drop, downsizing from 4K to probably less than 1080p.

The sound, however, was a different story. The sound bar audio gave life to the movie. From the dinosaur roars to the small environmental noises, everything felt real. While the visuals were like a blast from the past, the sound felt like came from the future, creating an audio experience unfathomable in current home entertainment technology.

The most telling scene took place shortly after the movie started. While the roars were certainly impressive, it was the scene where the archaeologists first arrive to Jurassic Park that left me speechless. As the helicopter flew into the complex, the orchestral music filled the void of action until we could feel each and every vibration as if the orchestra was right in front of us. The whir of the helicopter rotor could still be heard literally over the orchestral music, with the sound coming from above our heads as if we were flying into the island ourselves.

Neither the old, outdated and antiquated TV, nor the computer could have produced this surround sound. As surprising as it may be, the all-encompassing sound came from the YAS-207. Unimposing, almost discrete, sitting right before the TV but making a huge difference, the sound bar saved our night. 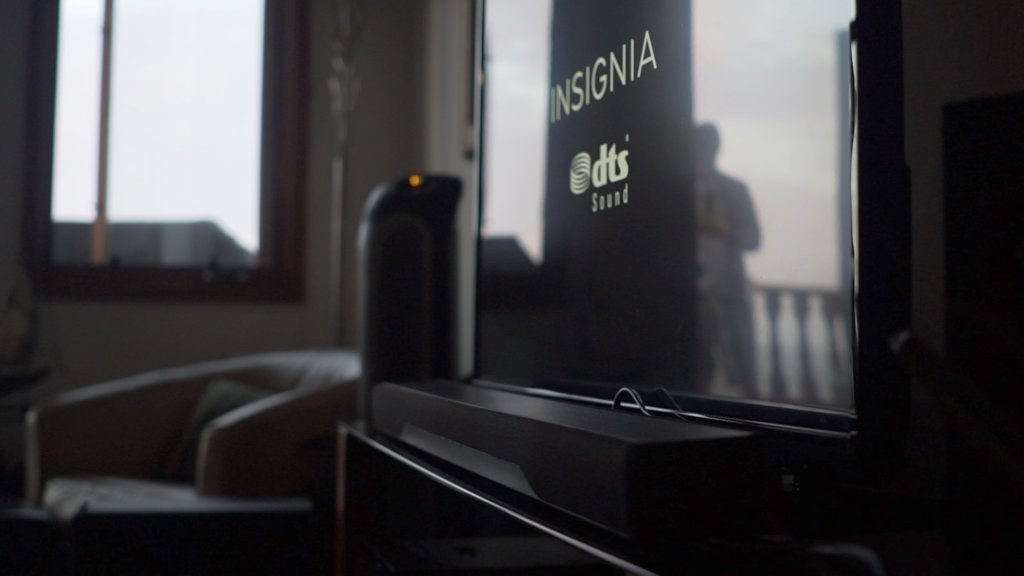 The Yamaha YAS-207 is the first sound bar on the market utilizing DTS Virtual:X sound. DTS has become a household name in the movie industry, the technology recently featured in Ready Player One. Thanks to DTS Virtual:X, the YAS-207 can produce an immersive 3D virtual surround sound quality in any home theater.

It is important to note that the YAS-207 comes with a wireless subwoofer for additional bass. Its form factor allows it to be placed anywhere and the provided remote control lets you adjust the bass as needed.

Its price point, as well as the conspicuous and classy design, means that the YAS-207 can change your home entertainment system without breaking budget or upending the aesthetic.

The Extraordinary Tech series was produced in partnership with Xperi. We were not compensated by Yamaha for this review. The Yamaha YAS-207 Sound Bar is available on Amazon starting at $249.95.