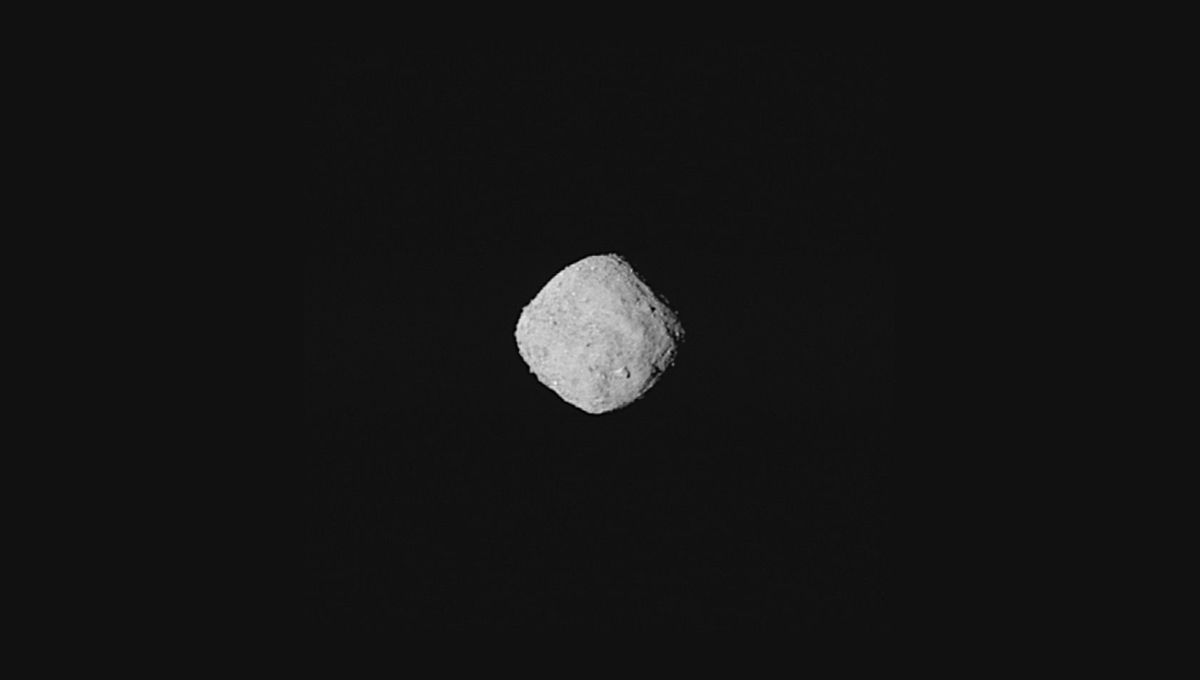 OSIRIS-REx managed to snap a few photos of the asteroid on Monday when the probe was around 250 miles away from it. The team back on Earth combined all the images into a single shot that reveals the asteroid’s shape and other features across its surface.

The probe already went through three final-approach maneuvers that brought it close to Bennu with its final fourth scheduled for November 12th. The OSIRIS-REx will only manage to enter the asteroid’s orbit on December 13th, if everything goes according to plan.

The probe has a payload of five scientific instruments that it will use to bring back a carbon-rich asteroid sample but also to study the surface and composition of the asteroid.

The samples will help the NASA scientists better understand the origins of the Solar System, the forces that shape the paths of asteroids through space and perhaps reveal some important information about the possible resources we could find on asteroids.