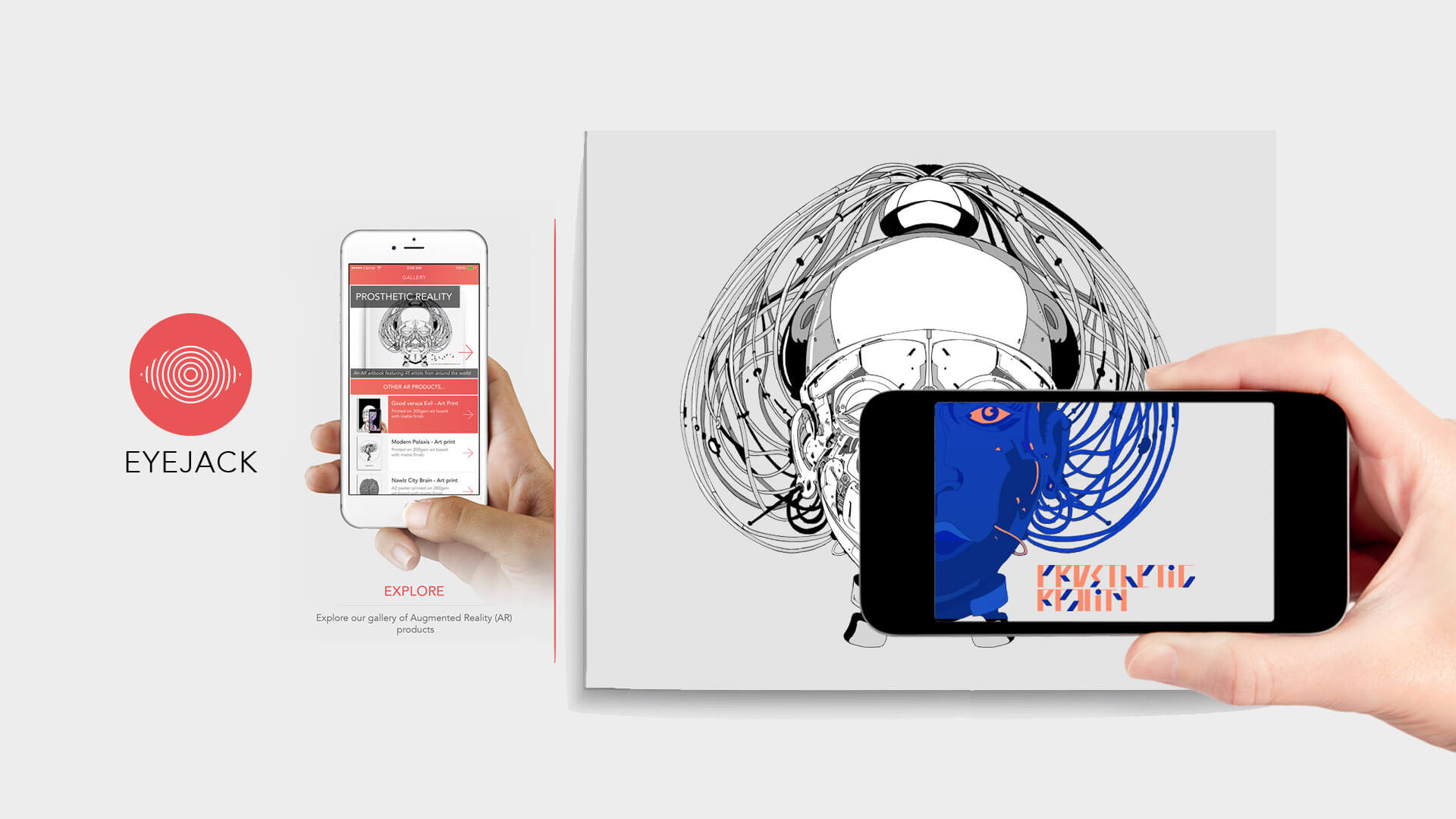 Despite the efforts of Microsoft Hololens or companies such as Niantic, augmented reality is still struggling to reach the average consumer. Limited hardware should take the blame for that, since ingenious creators are finding use cases every day. One of them is about artistic expression such as the EyeJack project. EyeJack is a free AR app that brings hand drawn illustrations to life #realitymagic

It all began with Stu Campbell, an artist and comic creator, that goes by Sutu in the art world. Three years ago he saw the appeal of AR as a storytelling tool for his own comics. Today, he’s managing a community of 45 artists that use his augmented reality app, Eyejack, to create a bond with their audience. By juxtaposing the mobile app with 2D illustrations, black and white sketches come to life with vivid colors and sounds:

Artists have used the augmented reality tool to create an entire narrative through the “Prosthetic Reality” project, initiated by Sutu. Instead of putting a barrier between observer and maker using a piece of glass, the exhibited art is let loose. The objects escape the traditional environment to reach the viewer in a fascinating way. Visitors no longer create a story to go with the illustrations, they get to see the mystery of it unravel and with it, the story intended to be told.

It’s clearly a great use of AR, especially since it’s not restricted to a certain kind of medium. Equally mesmerizing experiences can happen outdoor, through street art, or at home, where individuals can explore art albums and comics such as Razorlegs, one of Sutu’s latest AR works:

In both scenarios, the smartphone is used as a sort of magnifying glass, only the augmentation isn’t about increasing the size of an object but about giving it a whole new interpretation.

That said, it’s still inconvenient to get your phone out every time you want to see augmented reality art. Sutu is well aware of that and believes the key to overcoming this issue resides in wearable devices. AR glasses would make the whole experience seamless, adapting to the user’s natural way of interacting with the world around him.