Facebook is going after Tinder and Bumble’s market share – the company just announced a Facebook dating service to bring you possibly “the most meaningful relationship of all.”

Facebook Dating was announced at Facebook F8, the social media giant’s annual developer conference, and, according to Mark Zuckerberg, it’s not for “hookups”.

Going to your Facebook app, you’ll soon be able to find a heart icon that takes you to Dating on Facebook, a remote area with a few privacy controls in place. You can make a dating profile with just your first name, which won’t be seen by any of your friends and won’t appear in the Newsfeed.

The only people who will be able to visit your profile are those who also opted in. To separate Facebook dating from Tinder’s features, this app will focus on making you interact with others based on the events you attend.

If you select “Interested”, you’ll then be able to pick from “Conversation Starters”. Those are items from another Facebook Dating user’s profile that will allow you to start a more meaningful interaction.

“I want to be clear that we have designed this with privacy and safety in mind from the beginning,” highlighted Zuckerberg. 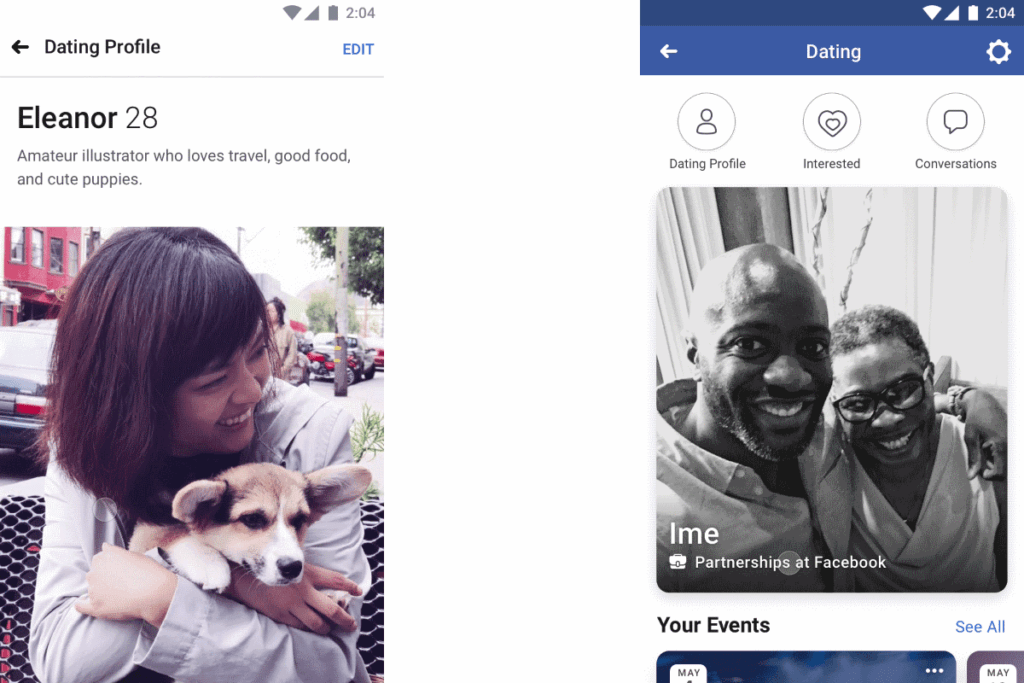 Right now there is no info regarding the launch date of Facebook Dating, but the feature will probably be here sooner than you think. It will be interesting to see just how many people end up using it, as privacy concerns keep mounting, with more and more users and authorities poring over how social media platforms handle user data.

Even Match, the mother company to Tinder, OKCupid, and Plenty of Fish, had to sneer at the poor timing of the announcement.

“We’re surprised at the timing given the amount of personal and sensitive data that comes with this territory. Regardless, we’re going to continue to delight our users through product innovation and relentless focus on relationship success,” said the company in a statement to TechCrunch.