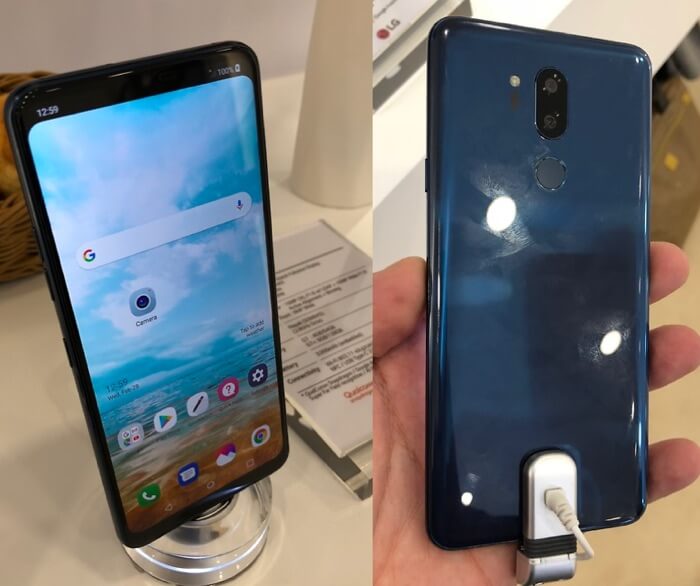 Hours before the LG G7 ThinQ event in New York and Seoul starts, photos showing the device up close, in a store, leaked. All of them highlight what the company calls a second screen.

Today, May 2nd, LG will finally reveal every single feature and design tweak made to G7 ThinQ. The flagship handset has been heavily teased in the last month, as you know.

Word got out that the smartphone will have the biggest ppi count on a mobile display . Moreover, a press release revealed that LG has upped the brightness to 1,000 nits, making it a joy to look at in the sun, as well.

From the first sketches, a notch was clearly in the cards for G7 ThinQ and now, we got a glimpse of how it might be customized by the users. Indeed, you’ll be able to hide the notch by black bars. But that’s not all. 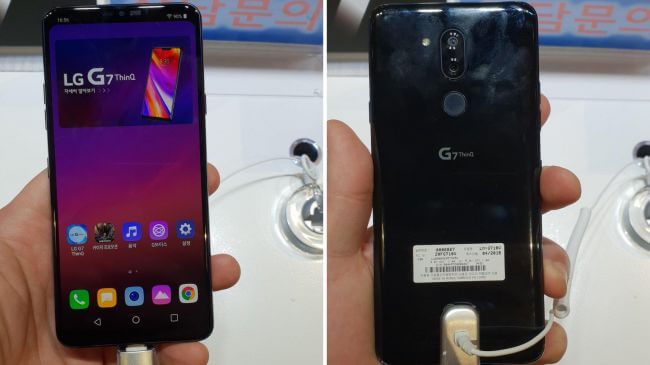 Slashleaks showed the infamous feature will come with a suite of options. Users will be able to make it pop by changing the bar to one of five colors or black out it completely. They will also be able to play with the style of the corners, opting for rounded or edgy ones. Other upgrades that caught our eye and will matter to prospective buyers are related to the AI CAM and physical buttons.

As you might have inferred already, this phone was branded ThinQ because it comes with LG’s AI tech. It’s not the first handset to offer it – LG V30S features it, as well – but now its shooting mode portfolio has increased from 8 to 19! Plus, there are three other camera effects for photographers who want as much control as possible. Also, in low light, LG G7 ThinQ promises to use its software capabilities to capture 4 times brighter photos.

When it comes to physical buttons, well, this handset is going to offer one button more. This one triggers Google Assistant… and Google Lens. If rumors are confirmed today, users will be able to tap twice the button and launch Google’s coveted object recognition program. Hold the button down and you’ll speak with Google Assistant directly.

Stay tuned for official information about the phone from the LG event!