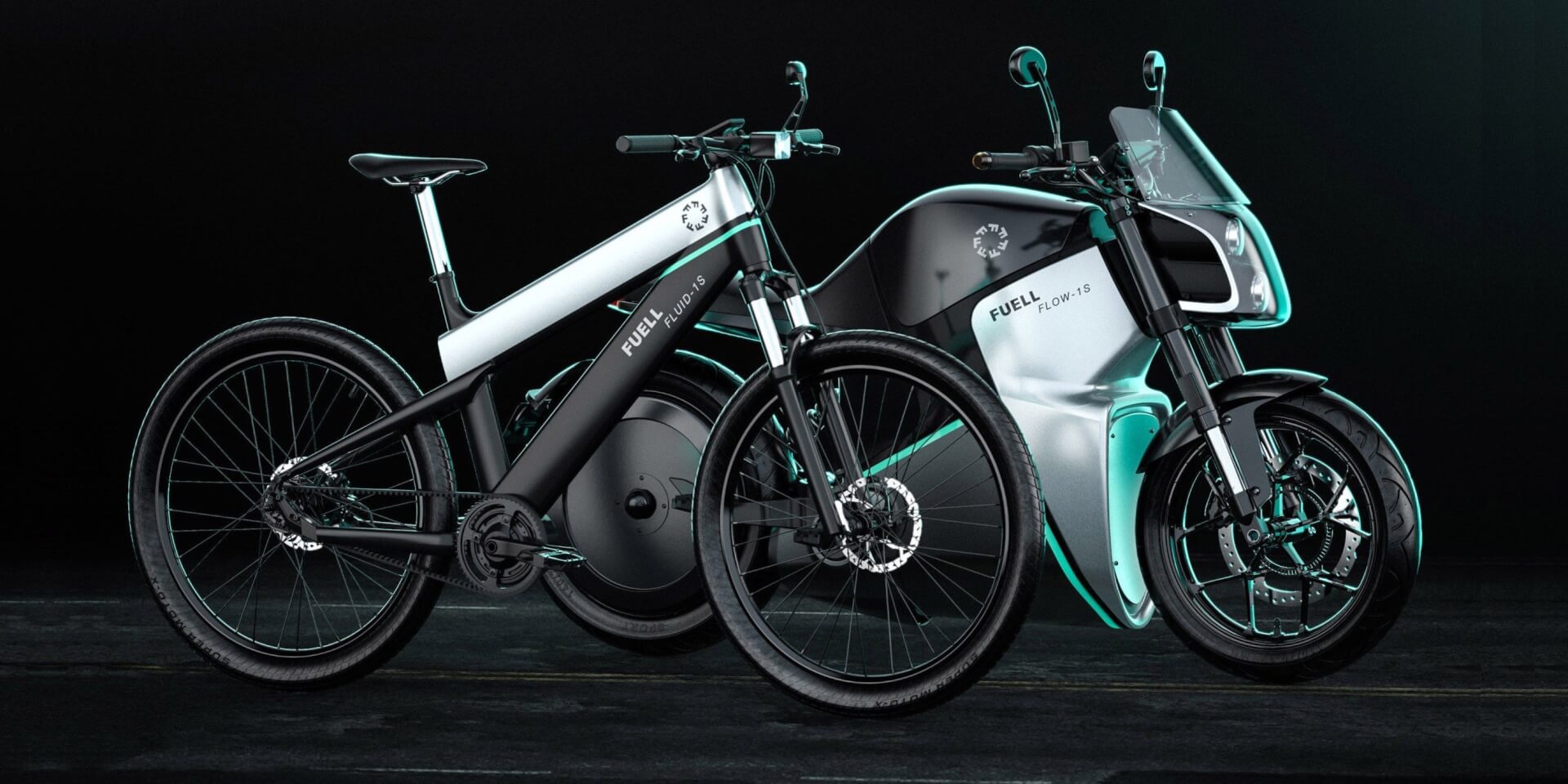 Erik Buell is a household name in the motorcycle industry – a former Harley-Davidson engineer, he has founded Buell Motorcycles which was then subsequently purchased by Harley Davidson ; after this venture, you’d think Buell would catch a break but that doesn’t seem to be the case.

Buell has teamed up with another notorious engineer: Frédéric Vasseur, who is the founder of Spark Racing Technology, the same company that builds Formula E racers. The two have formed a new electric motorcycle brand called “Fuell”.

For now, the brand has developed the Flow electric motorcycle and the Fluid electric bicycle.

To start with, the electric bicycle sports two 500Wh batteries that can store 1kWh energy on board. That should, allegedly, be enough to last around 125 miles. The bicycle has a mid-drive motor with a belt drive that transfers 100Nm of torque to the back wheel.

The Fluid will be available in two versions: a 20mph and a 28mph and pricing for it should start at -wait for it – $3,295. Quite steep, if you think about the fact that most electric bicycles cost around $500 but it does, after all, come with a high capacity battery, mid-drive motor and a belt drive, all of them which should give you more range than any other e-bike out there.

Obviously, the star of the show is the Fuell Flow electric motorcycle. It will come in 11kW and 35kw options and will feature a rear hub motor mounted in a swingarm on a single side, freeing up around 50 liters of cargo space for the rider.

If you ride bikes, you’ll know that is almost a luxury in itself, as cargo space is severely limited on motorcycles and, as a rider, you always need to think long and hard before a long trip about just how much you actually need , say,that one extra pair of socks, for example.

Charging the bike should take around 30 minutes on a 20kW charger as well, which, for a commuter bike, is not bad at all.

One thing you’ll notice is that the motorcycle seems to completely lack both the foot and hand brake, which means that the single right brake lever might actually be in charge of controlling both the hydraulic brake in the front and the regenerative one in the back.

For now, we don’t know much about the minute details of this particular motorcycle, but we can tell you pricing will start at $10,995.

Fuell will start taking orders for the two vehicles sometime next month, with deliveries for the Fluid e-bike set to start this year. The Flow on the other hand will have to wait for a while longer before it becomes available to the public though: the motorcycle will only be up for sale as of 2021.