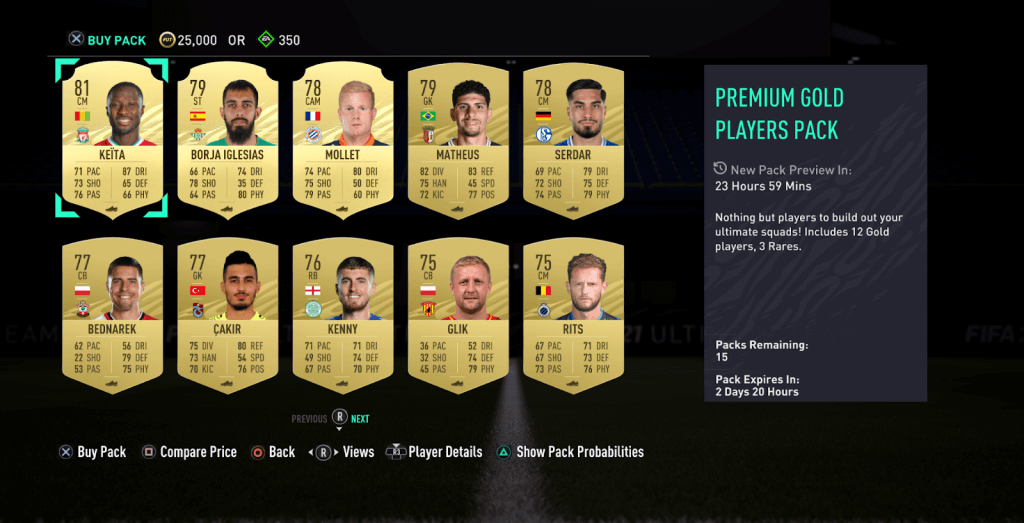 Microtransactions are notorious for how they essentially paywall content, with loot boxes being one of the most visible examples. EA is particularly known for their microtransactions, once even arguing that they were “surprise mechanics.” Perhaps in response to the intense negative feedback, EA is adding a new preview feature to FIFA ’21.

As described in a community post, Preview Packs will be making their way alongside the in-game event Festival of FUTball campaign. The packs will allow you to see all items within the pack before making a decision to buy. What’s more, all packs available in the FUT Store will be previewable.

In-game, previewable packs are differently marked. Once previewed, players have a certain amount of time to decide whether or not to buy the pack. Once the refresh time is up, players can then preview a new pack of the same type.

Two important things to note: First, the refresh timer is quite long. Examples in the post show timers which range from 17 to 20 hours. Second, the Preview Packs do not show which items may be duplicates.

On face value, this looks like a step in the right direction. However, as it stands, it appears that Preview Packs will only be available “for the remainder of the Festival of FUTball” and be relegating only to certain pack types, with other pack types returning at the end of the event.

Preview Packs are nice additions to have and hopefully if microtransactions continue, things like previewing become the norm rather than the exception or a one-time event