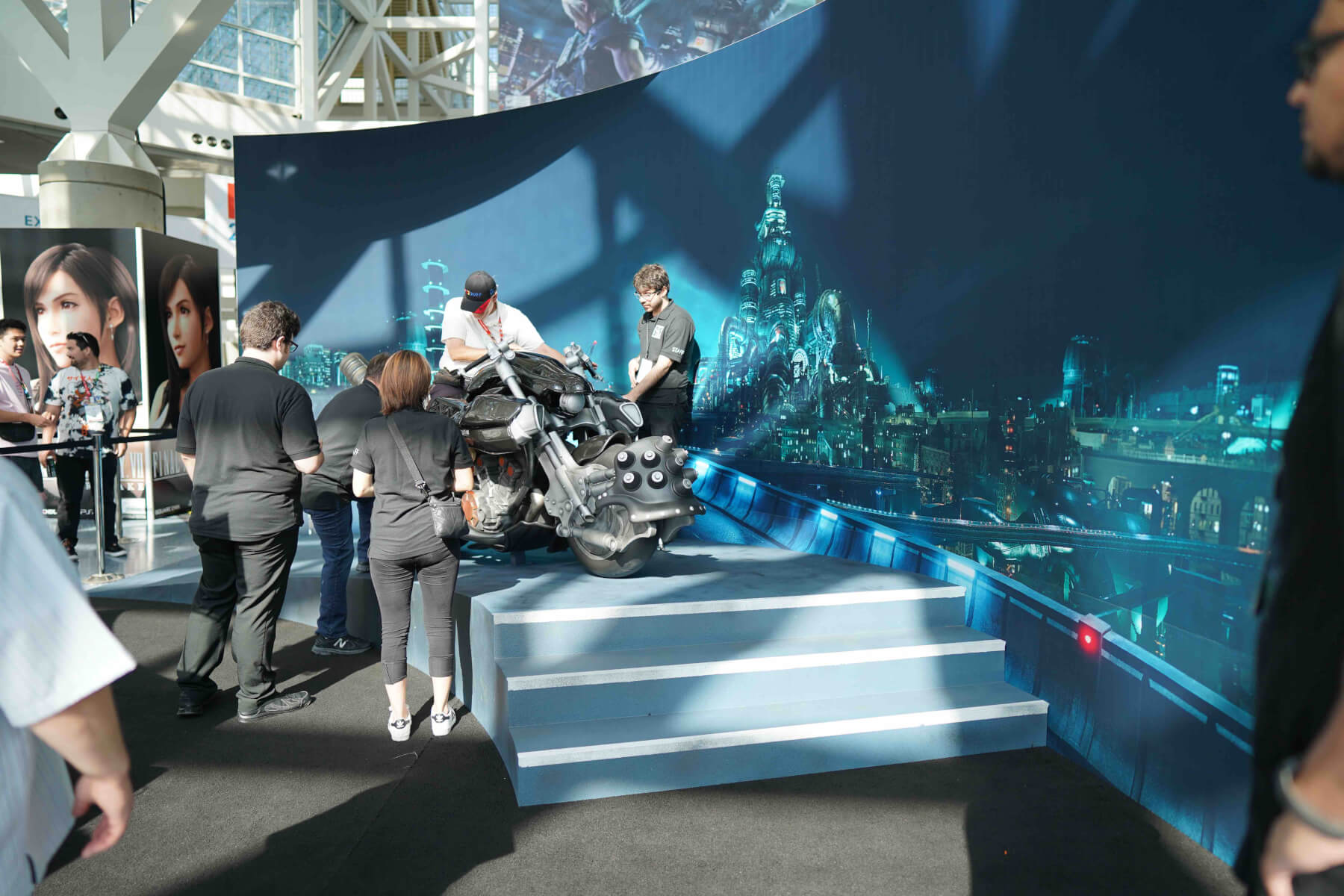 The E3 Demo was locked behind a media blackout, but we ironically played the battle displayed in the trailer. On a mission to destroy a Mako Factory, you play as Cloud – a sword wielding mercenary – and Barret – a long-range gun user. On your way to the bottom of the factory, you switch between the two and gain familiarity with the controls. Then, once you plant the bomb, you face the first boss of the game: Guard Scorpion.

While the trailers do a great job of detailing many of the compelling parts of the game, they don’t do the gameplay justice. A hybrid hack & slash, tactical system would seem too clunky to work seamlessly; after all the former is fast action based while the latter is a slower, more strategic fighting style. However, it works naturally, allowing you to easily transition from one style to the next. Additionally, ATB bars fill up really quickly, letting you get back to using your special moves quickly.

Switching between characters can sometimes be irksome as the character you’re not playing may be in a disadvantage state. Final Fantasy VII Remake’s AI, however, seem pretty solid overall. The transition from one character to the next is also very smooth so you’re never really missing any of the action.

Overall, the gameplay felt extremely polished and well thought out. The hybrid system is well integrated, making it feel as if I can enjoy the game either hacking & slashing or in a more strategic way (although you really should combine both!).

For gamers just getting into Final Fantasy, this game has everything you might want: an immersive story, great art style, fun combat system, fantastically choreographed cut scenes and voice acting, and a cast of unique and interesting characters. For fans of the series, this game has the potential to bring back one of the most beloved entries and improve upon its success. I know I’m personally very excited to continue my adventure March 3rd to roll around.