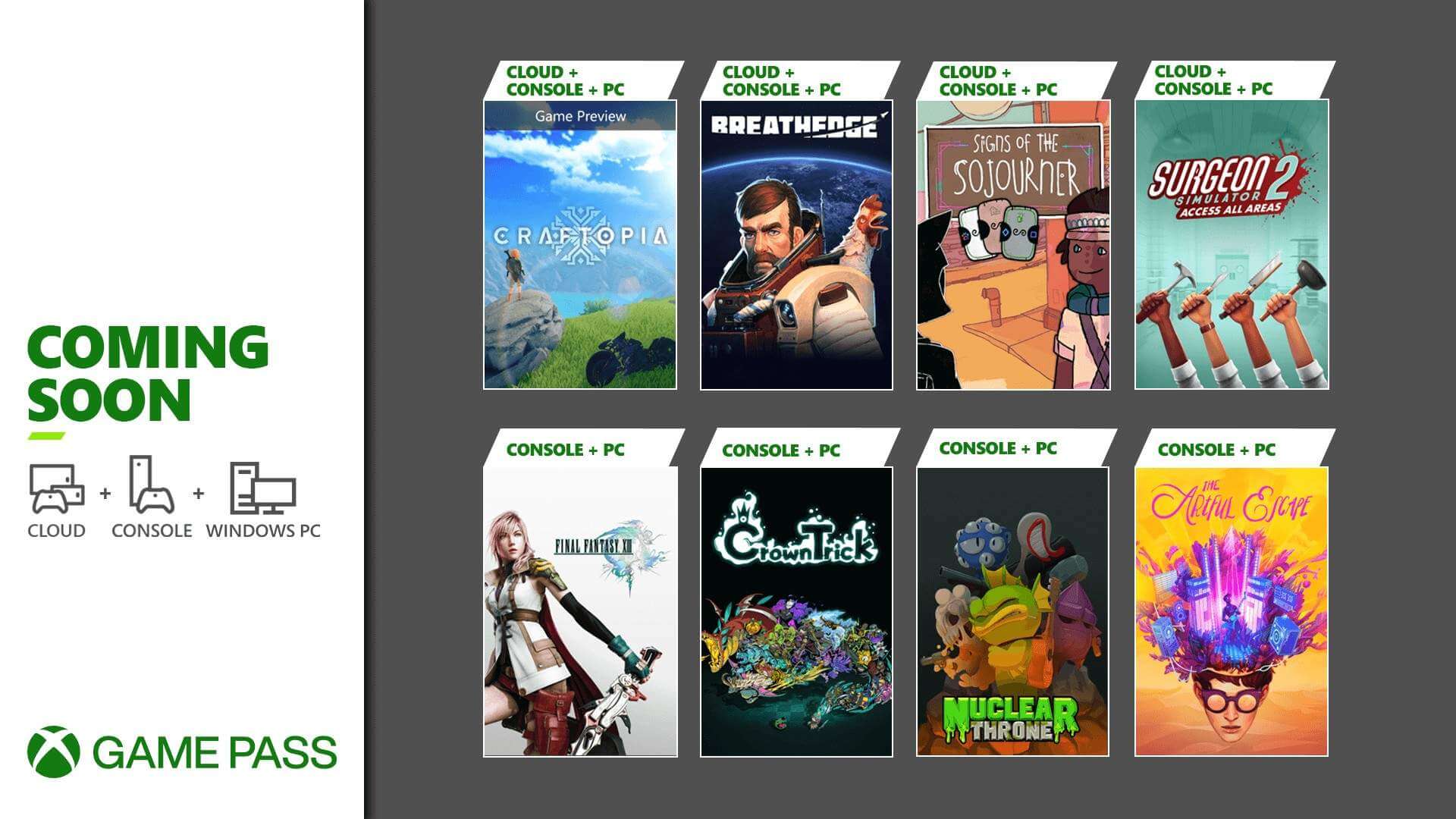 Almost on a two week basis, Xbox announces new games heading to Xbox Game Pass. As per usual, players will get access to both classic game as well as new releases.

Here is everything coming to Xbox Game Pass in the first two weeks of September:

One genre is not enough for Craftopia. With elements reminiscent of MMOs, monster capture, farm simulators, open world, action-adventure, and more, there will certainly be something for everyone.

Fight against the purge and rule of the government of Cocoon. Final Fantasy XIII changes up the formula by focusing more on faster paced combat with more action-adventure mechanics than previous entries in the Final Fantasy series.

Signs of the Sojourner (Cloud, Console, and PC – September 2nd)

Cards meet narrative story telling as you travel across the vast world using cards as a way of storytelling. Throughout your adventure, meet interesting characters and pick up new cards as your experience with vast landscape grows.

Think you have what it takes to be a doctor? Try your hand on in a wacky physics-based surgeon simulating game where almost anything goes in the operation room. Please note: this game does not confer an MD so please do not try any of this at home.

Protagonist Elle is trapped in a nightmare realm! Help her navigate through procedurally generated dungeons by using a variety of weapons and elemental attacks in unique synchronous turn-based combat.

What started out as the protagonist taking his grandfather’s ashes to a galactic funeral turns into something much much more. Build out your space station as you try to survive the vast and suddenly dangerous galaxy.

In the wasteland of the world, survival means collecting radiation to mutate and grow. In this top down shooter, do you have what it takes to climb to the top?

It’s hard to live under the legacy of a legend, especially if they are your relative. In order to escape this shadow, go on a psychedelic adventure inspired by musical storytelling.