For Their 30th Anniversary, ASUS Rewarded Their Consumers - TechTheLead 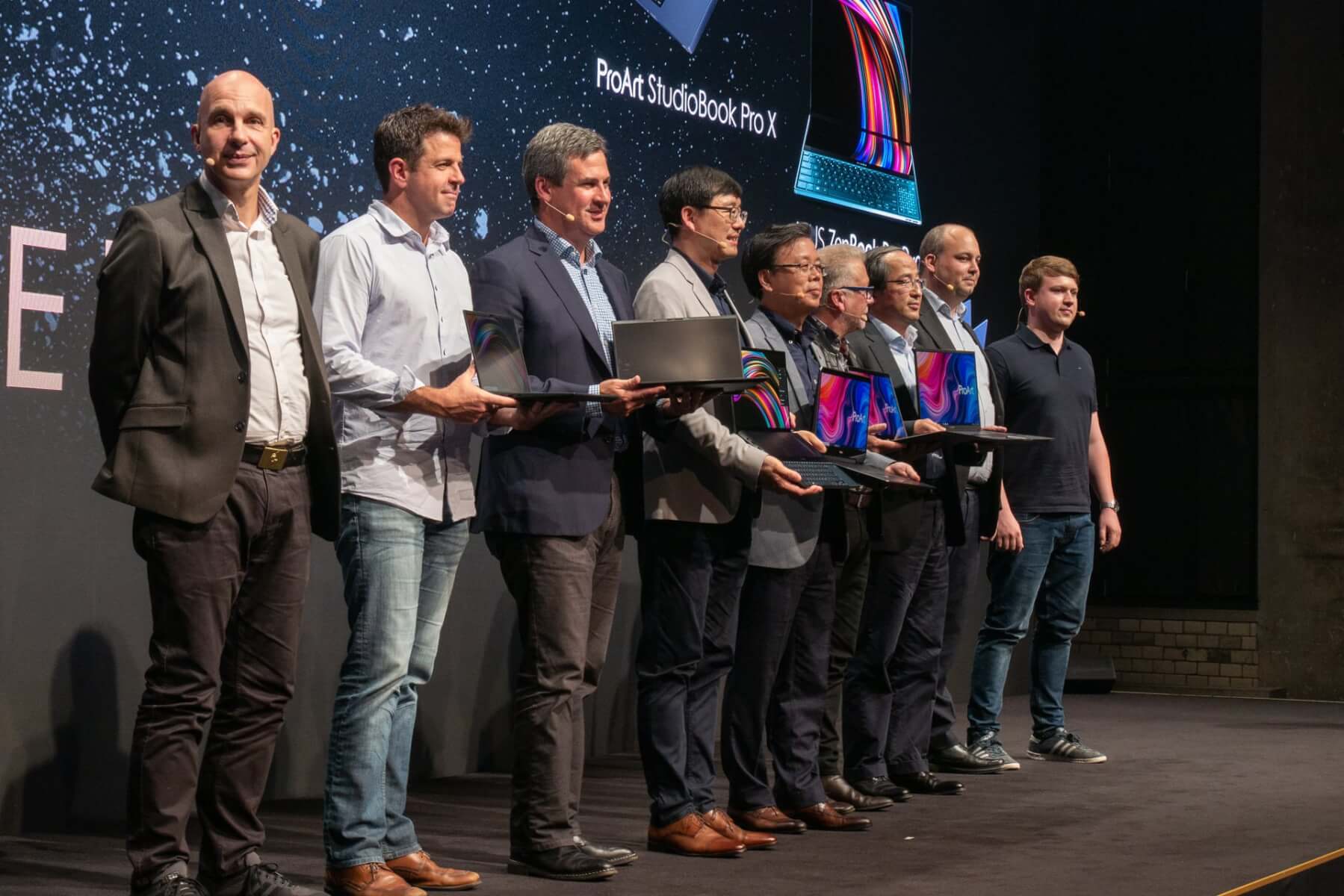 Normally, the “birthday boy” gets all the presents. Especially, when they reach a milestone, such as turning 30. Yet Asus didn’t expect its fans and consumers to bring them presents. If you ask me, it felt almost like they did the opposite.

During today’s conference, held at E-Werk – a former techno club and a symbol of Germany’s electricity industry -, the ASUS team showed off upgrade after upgrade and device after device, without pause and without hesitation.

On their anniversary, the press felt invited to a grand party with touches of pannacotta and different canape rather than to a drab conference.

There, we saw, one by one, the rewards the company had in store for their loyal customers.

The ROG Phone 2 finally launched in Europe, but more importantly, it showed up in an all-new flavor with up to 1TB of storage!

Last year’s VivoWatch was improved upon greatly and we found out that ASUS is waiting for FDA-approval on it.

The biggest portion of the conference, however, was dedicated to new creative devices from their ProArt series. The StudioBook One was definitely the highlight and with good reason, but the StudioBook Pro X made a crazy combo of NVIDIA RTX5000 graphics, the interactive ScreenPad 2.0 touchscreen and ASUS’ NanoEdge display.

Needless to say, immediately after the conference ended, people flocked towards the demo room, where a cool Republic of Gamers setup also resided.

It was playful, it was hectic and extremely exciting – I’d say IFA couldn’t have started better!