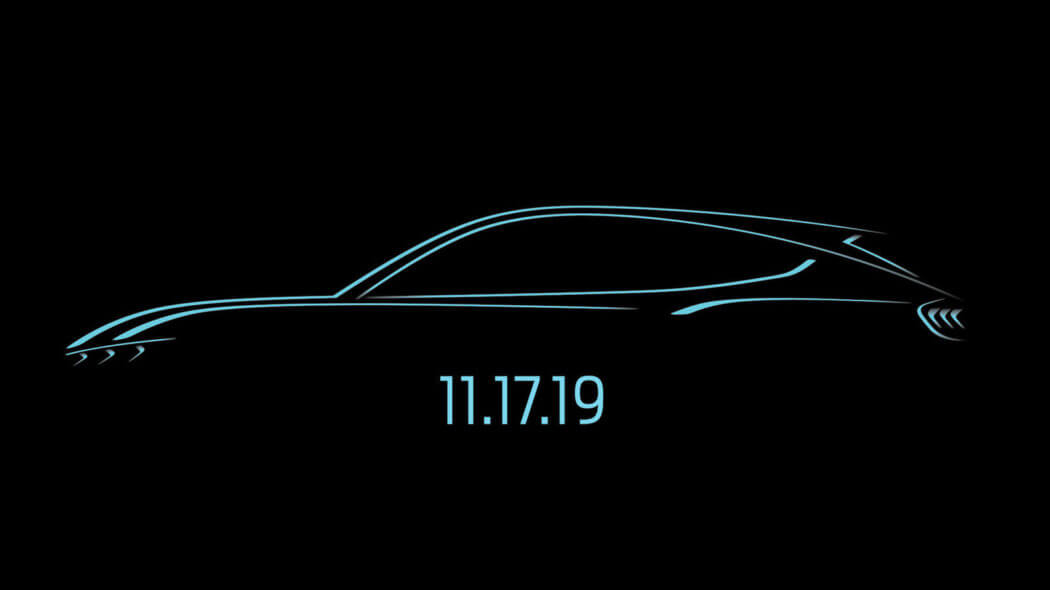 The much-rumored Ford electric suv inspired by the design of the historic Mustang series is finally ready to come out into the open: it will officially be introduce to the world on November 17th.

Ford released a short teaser video that highlights the car’s sleek lines and, judging solely by the silhouette, we can clearly state we’re talking about an SUV – we can, however, guess the Mustang inspiration in the headlights.

The story of the Ford electric SUV project started in January 2018 with a first prototype called Mach 1 and after a year and a half of sightings of camouflaged models on American roads, you can finally find out everything about a vehicle that could start from a price around $50,000 dollars.

The advances also focus on a fundamental detail for an electric car, that is the battery life that seems to be 370 miles, or 595 kilometers or even going beyond the range of the competitor Tesla Model X (about 500 km). Other sources speak instead of 300 miles or 482 kilometers.

The SUV will be the starting point of Ford’s $ 11 billion investment project to produce over 40 electric and hybrid models between now and 2022 . Among the other most popular cars of the American brand that could be electrified is the well-known F-150 pickup.