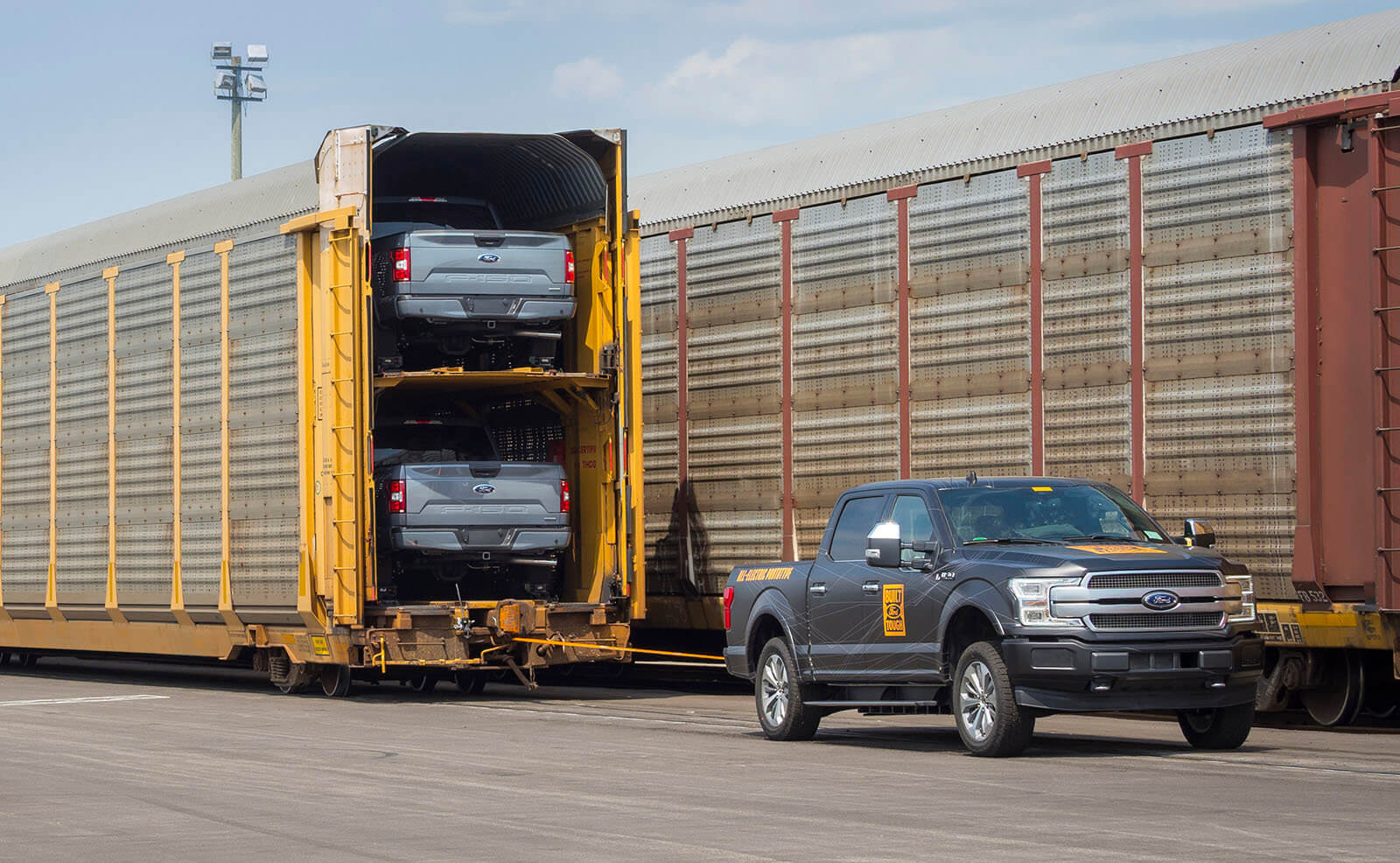 People or machines towing large loads is not necessarily an ability either of them usually need in day to day activities but these sort of feats of strength have given birth to competitions like Strongman, on the human side, and towing demonstrations on the side of the machines.

Some of you might even remember that one time a pack of SpotMinis towed a truck in the Boston Dynamics parking lot. Did they need to? Would anyone use a SpotMini to tow a large vehicle? Probably not.

Just Because They Can: The SpotMini Robots Haul a Truck

Sure, these events are not an indicator if the machine (or, in our case, the vehicle) will withstand other factors that would affect it on a daily basis but nonetheless, they are still really, really fun to watch, for some reason.

Ford knows this and, on Tuesday, the company published a video that showed its F-150 electric vehicle towing 10 double-decker rail cars. In translation, that adds up to around 500 tons. And the car towed the load like it was no one’s business.

The stunt gained some ‘no way’s’ out of the truck owners who witnessed Ford’s feat of strength, which aimed to show that electric too, can be built for tough jobs and not just for commuting people around in urban areas. According to Ford, the demonstration was “far beyond any production truck’s published capacity.”

However, while the F-150 model is able to pull more weight than a gas-powered sibling, it might not be able to do it for too long. We don’t know the capacity of the F-150 for now, or for how long it can go on a full charge but it’s worth noting that the Tesla Model S 100D, for example, can go for 335 miles in a non-towing mode.

I am mentioning Tesla because that is who Ford might have to compete with in terms of electric feats of strength: the company’s CEO, Elon Musk, mentioned that Tesla’s upcoming model will be capable of towing no less than 300,000 pounds.

Musk’s company does, at the end of the day, still hold the record for having pulled the heaviest load with an electric vehicle: one of its Model X cars towed a 287,000 pound Boeing 787-9 Dreamliner for about 1,000 feet across a taxiway at the Melbourne Airport, in Australia, back in 2018.

There’s no word when Ford’s F-150 will become available to the general public but we can only hope that this new stunt will at least kickstart a series of towing (and not only) stunts between the two companies that will keep us entertained for a while longer.