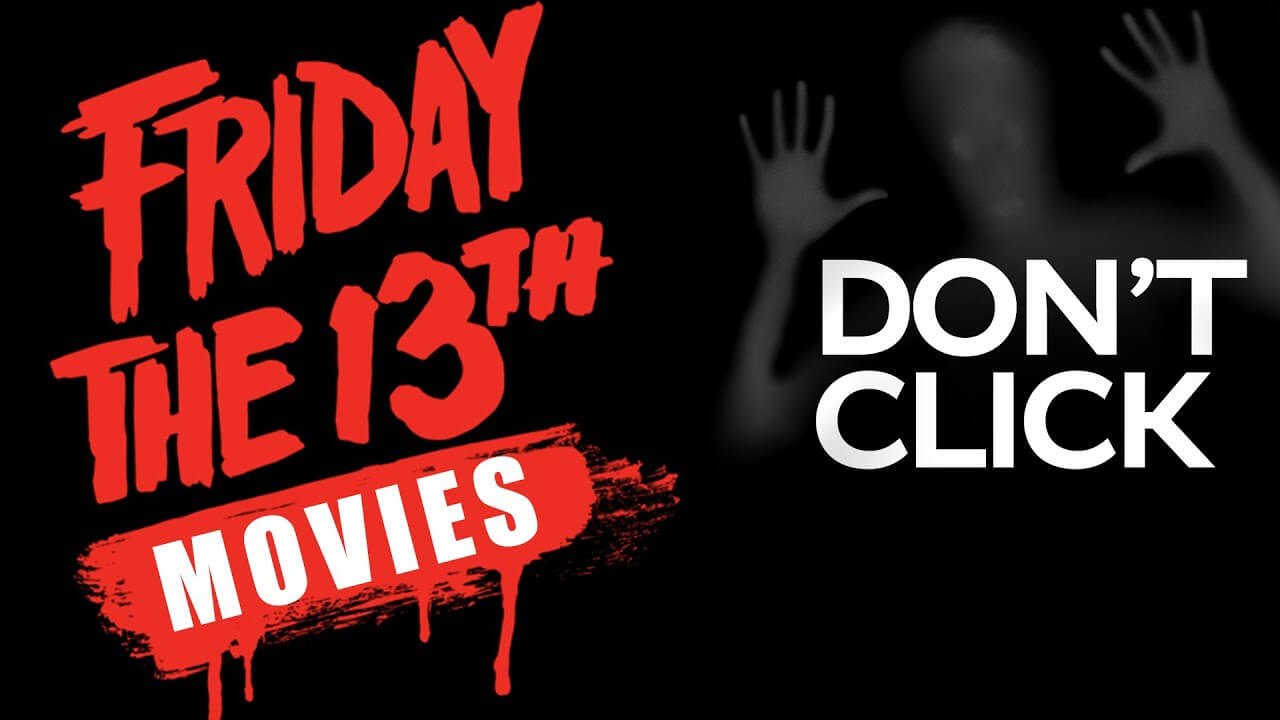 Are you planning to spend Friday the 13th indoors, snuggled safely and watching a scary movie? We’re here to help, cause we went through my TiVo Stream 4K and handpicked the 13 best horror movies to stream on this blessed day.

Do you have the guts to say Candyman 5 times fast? Hit play and see if you can! Also, please don’t forget to like the video and subscribe to our channel if you didn’t already – your support makes these shows possible!

In case you didn’t know, the fear of Friday the 13th actually has a name. It’s called “friggatriskaidekaphobia” and I dare you to look in a mirror and say that five times fast.

I also dare you to rewatch Candyman, the 1992 horror movie that’s incredibly fresh even today, three decades later. The story of a supernatural killer summoned by repeating his name in the mirror, Candyman could have been a regular thriller or a cheesy horror movie forgotten in a year. Instead, the clever social commentary in it, thanks to the story it’s adapted from, will keep it relevant for a long long time.

Also bonus points for the true stuff of horror: they used actual, living bees in shooting Candyman, about 200 thousand of them.

With bees being, well, flying needles, the main actor Tony Todd actually had it in his contract that he would get 1000 dollars for every bee sting on set. By his count, he was stung 23 times – which is awful enough, but somehow lucky at the same time…cuz, at one point, he actually had live bees put inside his mouth. Uuuggghhh! Moving on…

Personally, I always considered this next movie as a spiritual successor to Candyman – or at least created in the same deeply unsettling, clever commentary vein.

Friday the 13 Horror Movies: Us

I’m talking about Us, the moody but all so confusing second horror movie from Jordan Peele. If you want to fully immerse yourself in the Friday the 13th mood, Us is a movie that’s going to make you jump at every sound – and even at your own reflection in the mirror.

And, since Jordan Peele is also doing the Candyman sequel, which will hit theatres in a week or so, I think it’s a fantastic way to get in the zone for that.

Personally, I plan on rewatching this weekend a little known horror movie that stuck with me for a while. My TiVo Stream 4K showed me that Pluto TV is celebrating Friday the 13th with a special thriller and horror selection and, in that list of movies, they added It Follows.

Friday the 13 Horror Movies: It Follows

Based on the title alone you can tell this is going to be a seriously creepy movie and boy, does it deliver. It Follows is so simple, and yet so engaging – kinda like the Friday the 13th movies, where the killer just follows someone to the bitter end. Here, you have an IT, and it is very simple. The poor protagonist has a one-night stand with someone, who gives her the mother of all STDs – a supernatural creature that follows her every step, until it eventually kills her. The only way to escape the creature is for her to have sex with someone else, and that entity will follow them instead.

Like I said, it’s a surprisingly simple plot, but I love the fact that the main character, and really ever character, doesn’t act stupid. They do the most logical thing considering their circumstances and really avoid making major mistakes – which is nice, since you won’t shake your fist at the screen in frustration.

And speaking of doing the logical thing, do give Cabin in the Woods a watch – or a rewatch, if you saw it already.

Friday the 13 Horror Movies: Cabin in the Woods

This is one of the coolest meta-horrors I’ve seen – and the perfect way to spend Friday the 13th. See, this movie takes the regular horror conventions from movies like Friday the 13th and Halloween, executes them perfectly, but also blends a serious amount of criticism about how formulaic horror can be. Cabin in the Woods is the most trope-heavy horror movie out there but it also manages to take those same tropes and turn them on their heads – and with a sense of humor on top!

Another horror that I think deserves a watch and at least a rewatch to catch all the little details is the Babadook.

Friday the 13 Horror Movies: The Babadook

With a budget of just 2 million, the Babadook demonstrated that you don’t really need big special effects to make people jump out of their seats. You just need a damn good story, which means you have to have the courage to approach some seriously heavy topics.

The Babadook is a perfect mixture of horror and heart, kinda like early Stephen King stuff.

And since I mentioned The King of Horror, Pluto TV also has among its horror channel highlights The Children of the Corn.

Friday the 13 Horror Movies: Children of the Corn

This is, for me, one of the coolest early Stephen King adaptations. Plus, since it’s so cheesy and dated, it probably won’t leave you so terrified that you have to sleep with the light on.

Children of the Corn is simple: what’s creepier than a murderous kid in a horror movie? Well… more murderous kids! All the children, and all wanting to kill. This story won’t haunt you at night, but it will make you think twice before driving through a remote rural area. And bonus points, it has Linda Hamilton in it

If 80s horror isn’t your jam right  now, could I interest you in some delicious 90s scary stuff… that isn’t just a Friday The 13th marathon?

Friday the 13 Horror Movies: The Craft

This year, skip the marathon and try The Craft. This 96 movie is full on Buffy vibes but goes a lot darker, with some seriously questionable teens. It’s basically like someone took Mean Girls and just drenched it in drugs and violence.

Since there’s only so many hours in a day, and so many movies to watch, I don’t think I’ll have the chance to do it tonight, to end Friday the 13th in style…but tomorrow I do plan on just chilling and doing a marathon.

It’s gonna be tough to rewatch the first one for the umpteenth time but I think I’ll  manage – and you should too.

The first Scream, for me, is still in the top three…or possibly even the best slasher film out there. It was made as a knockoff of Friday the 13th but the cast is just so much better. It’s with Neve Campbell, just like The Craft, but also Rose McGowan and Drew Barrymore. What makes it so good? For me, it’s just like Cabin in the Woods or It Follows – I just love seeing characters that are self aware and not totally dumb. Between you and me, I do think a lot of horror flicks rely on characters doing incredibly stupid things to move the plot forward.

But anyway, nevermind all that, there’s a time and a place to discuss tropes, and this ain’t it. Don’t get me wrong, I’d love to, but I still have a couple of movies to recommend for this special Friday.

Next on the list is Hush from 2016 – yet another movie I think is tragically little known, despite being heavily featured on Netflix. This is such a scary flick, even Stephen King said he was terrified by it – and the story is very simple.

A death mute woman is stuck in her house, alone with her cat, and a murderer is both stalking and taunting her.

It’s almost as terrifying as Mother, the 2017 movie from Darren Aronofsky…but this one leaves you equally scared and confused.

This is a more high-brow type of horror, kinda like Jordan Peele’s Us, and it doesn’t let you just cheek out your brain and loaf around on the sofa until a jump scare makes you move a bit.

Mother is really a nightmare sprung from the Bible and will make you spend a lot of time on Wikipedia trying to put together all the pieces of the puzzle – which is something more horror movies should attempt to do.

But, if you want something a bit more…let’s not say dumb, but… more easily digestible, I got one final recommendation.

Go watch The Purge Anarchy. This is the second movie in the Purge series but actually the best one, and you don’t really need to see the original to get the picture.

Basically, the movie is this: for 24 hours, all crime, any crime is legal and you will suffer no consequences, no matter what you do. And you gotta think big! What do you think a society like that would be like?

You don’t have to break out your anthropology or political degree to enjoy this flick, but it does make you think a bit – just the right amount for a horror movie. Plus, after that, you can head to your local movie theater and watch The Purge Forever, cause I think it’s still running in some places.

Until next time, hit like, stay safe and have a great (and hopefully uneventful) Friday the 13th. Catch you later!