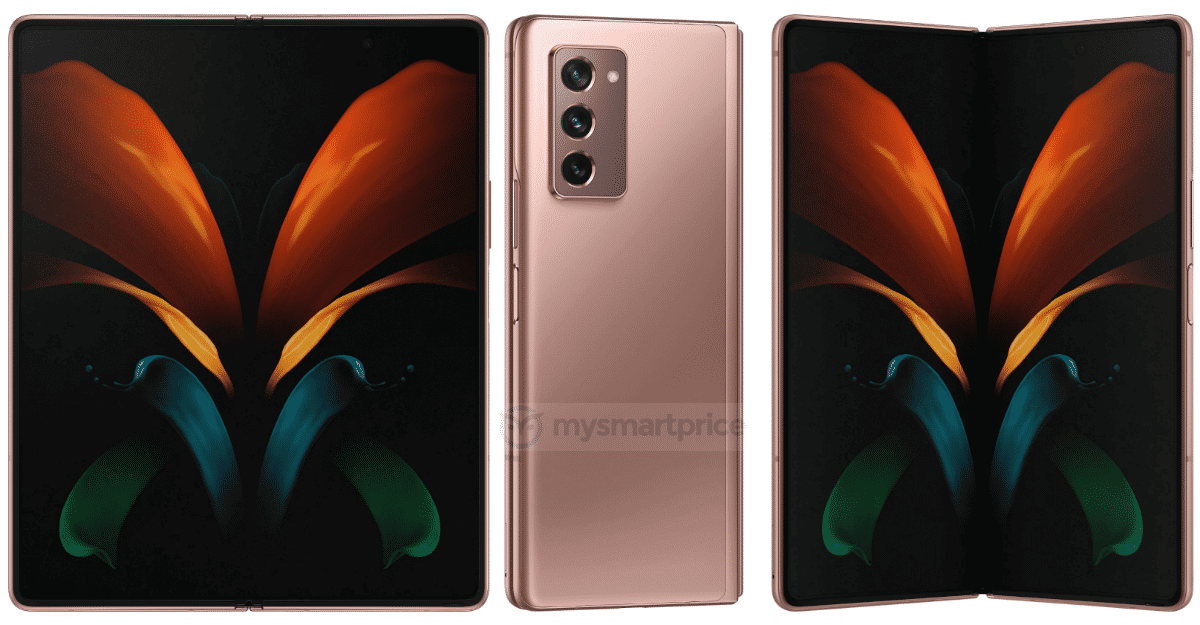 We are now less than a week away from Samsung’s Unpacked event on August 5th. Apart from the new Galaxy Note 20 Series, we are expecting to see the new Galaxy Z Fold 2, the Buds X, and more. Foldable phones haven’t been perfected yet, but Samsung promises a new and improved Z Fold that will make us forget all the mishaps with the previous model.

MySmartPrice.com has revealed probably the most significant leak yet about the upcoming Z Fold 2, showing the reconstructed design of the foldable flagship. The biggest change is the hole-punch camera that replaced the large corner notch for the internal camera. Also, the renders show a new, full-size display on the outside of the phone (instead of the small screen on the original).

The Galaxy Z Fold 2 also seems to have a thicker hinge mechanism, possibly improving the device’s durability. Also, the back camera setup is vertically aligned and is accompanied by an LED flash, similar to Samsung’s Galaxy Note 20. It’s reported the new foldable will be available in Mystic Black and Mystic Bronze colors, as shown in the images.

According to the rumors, the new Galaxy Z Fold 2 5G will come with a 6.23-inch Super AMOLED Cover display and a 7.7-inch Super AMOLED primary foldable display with a 120Hz refresh rate. The triple back camera setup is made out of 64MP + 12MP + 12MP sensors and the front camera is set to be a 10MP shooter. It’s also reported the device will be equipped with two batteries that have a combined capacity of 4,356mAh and 15W wireless and 15W reverse charging support.

We will soon find out if all these speculations are correct and get to see the new Z Fold 2 5G with our own eyes. If you’re one of the fans that can’t wait for the new devices, you can reserve one here: