Get Ready Disney Fans: Disney+ Rolls Out in November 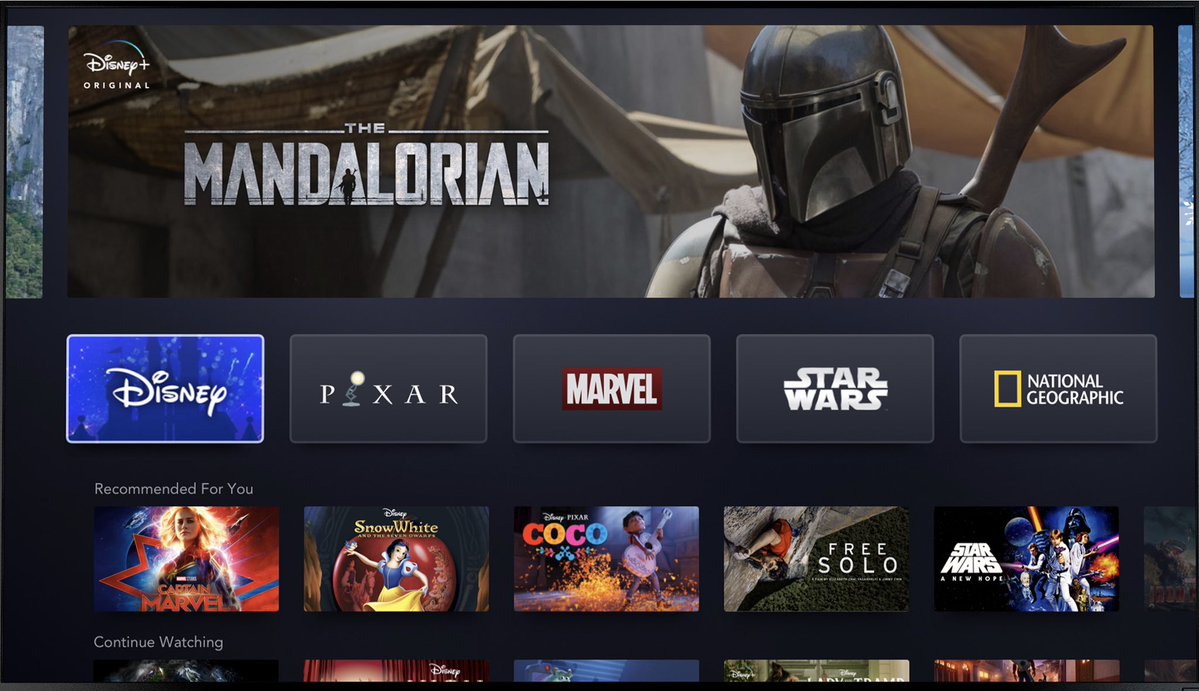 Chairman and CEO The Walt Disney Company, Robert Iger, took to Twitter to share a first look at the upcoming service – it looks a lot like Netflix at first glance, to be perfectly honest, but that is not a bad thing at all, since the design is something that the users are already familiar and comfortable with.

The users will see rows of content the service recommends and new TV series or movies that have been added. Disney+ also has designated categories for every single one of the company’s franchises like Pixar, Marvel, Star Wars and National Geographic.

The service will be available to stream through any device starting with smart TVs, tablets, smartphone and game consoles and has already secured deals with the likes of Roku and Sony for availability.

The service will benefit from parental controls that will be applied automatically for children’s profiles and the subscribers will be able to make individuals ones as well.

It will initially launch with 500 Disney films and 7,000 episodes of Disney TV but plans to add more over time.