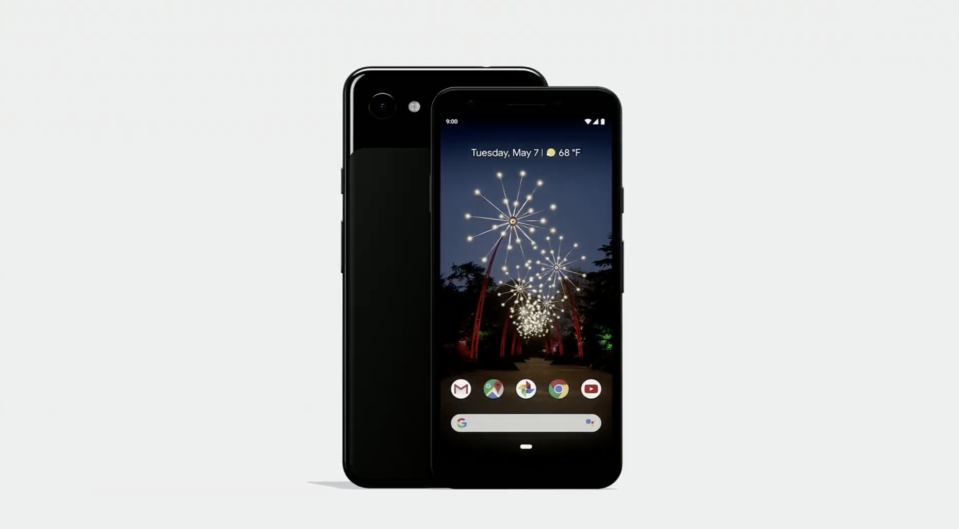 Quick, act surprised! Google took to its I/O conference to officially unveil the cheaper versions of the Google Pixel, the Pixel 3a Pixel 3a XL.

This is after months of rumors and even the official Pixel 3a specifications leaking twice in one week.

All of those specs are confirmed and yes, shoppers will get to enjoy the Pixel’s great camera setup on a mid-range budget.

The difference between the Pixel 3a and Pixel 3a XL is screen size. The smaller device will have a 5.6-inch 2,140 x 1,080 OLED display, while the XL goes up to 6 inches of screen real estate.

Both feature 4 GB of RAM and 64 GB of storage, the 12.2 MP rear camera with Google’s AI enhancements and an 8 MP selfie camera. To account for the fact that the Pixel 3a and 3a XL are significantly cheaper than their flagship counterparts, they use the Snapdragon 670 instead of the Snapdragon 845 and settle for plastic bodies. Fortunately, they still have squeezable sides!

What’s truly great is the fact that both devices keep the headphone jack, something that more vendors should consider.

The Pixel 3a retails for $399 and the Pixel 3a XL can be yours for $479, almost half the price of the flagship versions.