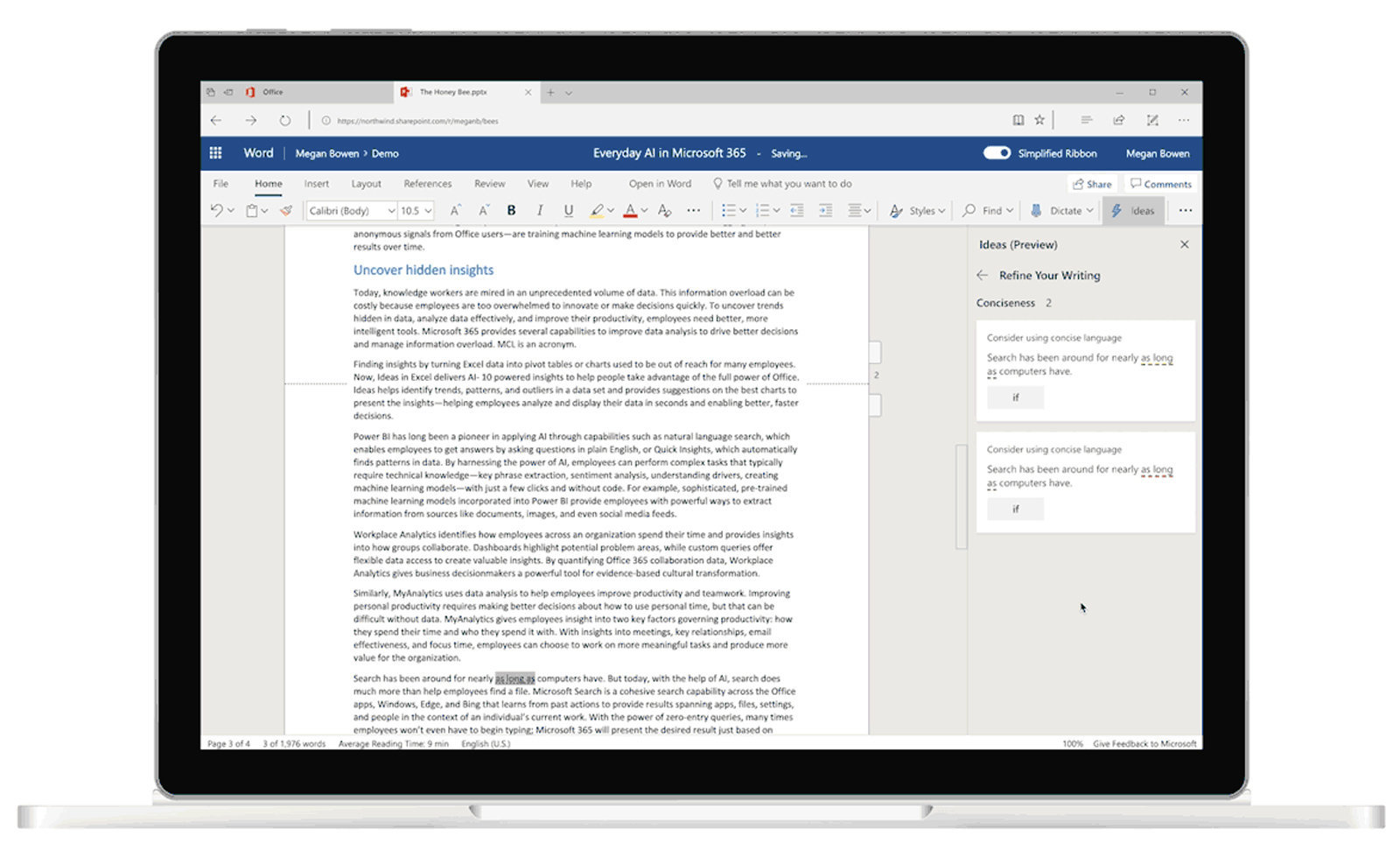 Not one to be drowned out by all the planned announcements Google will make at its I/O event, Microsoft debuted a new Microsoft Word Online feature called “Ideas” at its Build 2019 Conference.

It might not be a blockbuster tech announcement but office workers worldwide will find it incredibly useful, both when writing and when going through documentation.

It will also learn the specific slang of your company and decode acronyms, so you don’t have to go looking for a needle in the haystack when reading some technical specs for example. Ideas for Word Online will even “advice on more concise and inclusive language such as ‘police officer’ instead of ‘policeman’.”

Essentially, Microsoft is doing what the popular Grammarly extension has been doing for the past few years but going a few steps further.

Microsoft also mentioned Word Designer, a component of Ideas, which will apparently let you easily style a document, tables included.

For readers, Ideas can be used to extract key points from a document and even estimates reading times, so you don’t get trapped in a hundred-page document with a looming deadline.