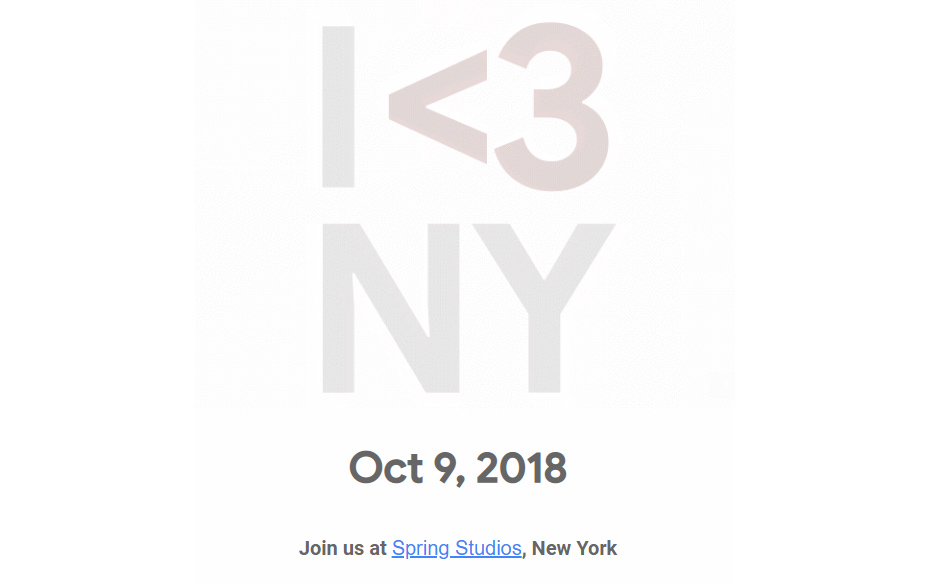 Time to get up close and personal with that notch, guys!

We’ve had leak after leak after leak about our anticipated Google Pixel 3XL and, since there is nothing much left for us to see as far as the flagship phone goes, Google has finally confirmed their upcoming hardware event.

It will take place in New York City at 11AM Eastern Time, on October 9th.

Though Google is expected to reveal the Pixel 3 and the Pixel 3XL phones, we can also look forward to a good number of other devices as well. Last year we got an arm full of products like the Pixelbook, Google Home Mini, the Pixel Buds and other gadgets.

If Google holds true to its history, we can look forward to seeing some new products this fall too. Unfortunately, we cannot expect to steal a glance at a Google smartwatch, because the company did confirm they have no plans to release one, at least not this year.

Whatever it will be, we’ll keep you posted, as always.