It looks like Google has plans to make some changes on its range of Pixel smartphones by revising their design and features.
How do we know this?

Because OnLeaks handed Digit.in a handful of alleged leaked renders of the Pixel 6 and the Pixel 6 Pro. OnLeaks usually bases his speculations on CAD files and he is rarely wrong about them, but of course, even this information is to be taken with a grain of salt.

A RETURN TO LARGE DISPLAYS?

The design presented by OnLeaks hints that Google plans to return to the large displays: according to the source, the Pixel 6 Pro will have a 6.67 AMOLED display with curved edges. Minimal bezels and an in-display fingerprint camera complete the look.

The device could measure 163.9 x 75.8 x 8.9mm, with an additional 11.5mm added for the camera bump.
Speaking of cameras, the images show us that the camera module crosses the back of the phone crosswise, dividing it into two parts of different colors. 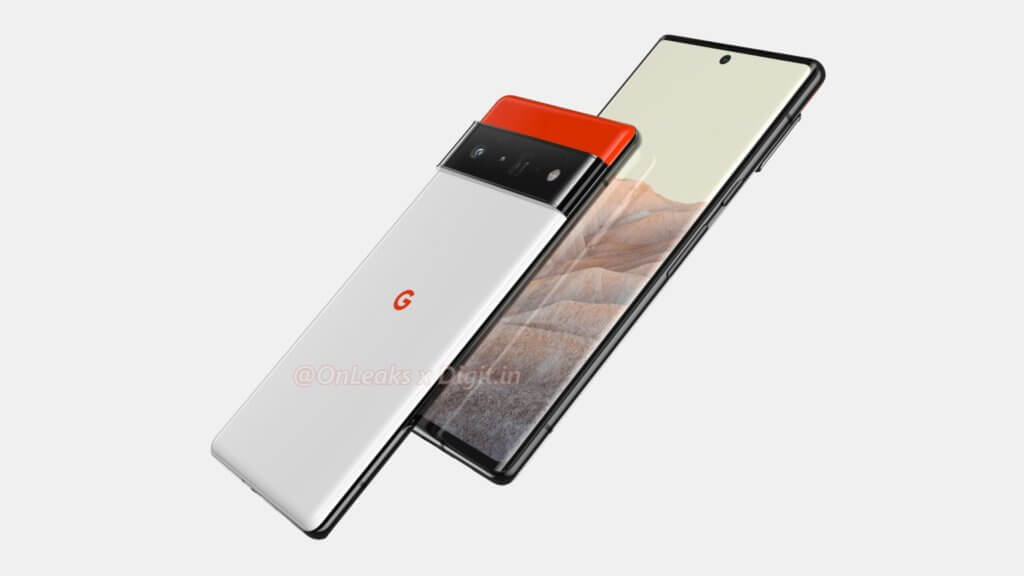 The Pixel 6 Pro is expected to be the first in its range to feature a triple rear camera module made out of a primary, wide-angle camera, a periscope telephoto camera as well as a yet unknown one, set up just next to the LED flash. A few sensors are also housed in the same module, though their function is still a mystery.

The front of the device features a notch in the center of the top side of the screen and a speaker slot. According to OnLeaks, the Pixel 6 Pro will feature a double speaker, wireless charging support and USB-C connectivity.

PIXEL 6 AND PIXEL 6 PRO MIGHT DEBUT WITH CUSTOM SOC

There are a lot of things about the two smartphones we still don’t know but we can safely assume that it will have no less than 8GB of RAM and 128GB of storage.

We don’t yet have any information about the SoC but it is widely assumed it will prove to be an in-house developed chip that Google has been working on since quite some time ago. It is assumed that these chipsets will make their debut with the Pixel 6 range and that they will be implemented in the future Chromebooks. 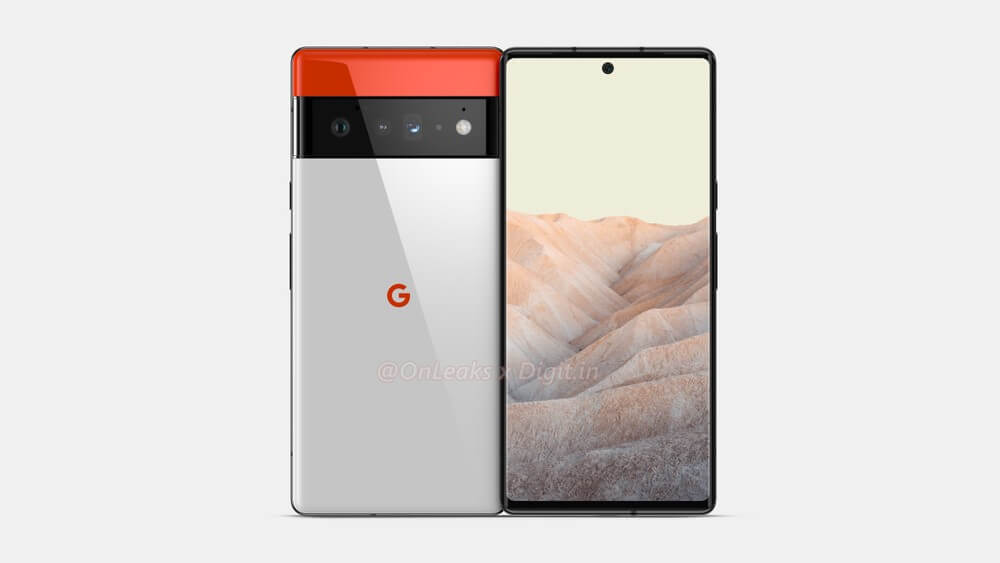 The Pixel 6 on the other hand, is not very different from its larger twin brother but, as expected its display is a bit smaller, standing at 6.4in, with a fingerprint sensor included.
The overall dimensions are 158.6 x 74.8 x 8.9mm, with an extra 11.8mm added in for the camera bump.

In terms of SoC, the Pixel 6 is expected to feature a Snapdragon 870, but that is merely speculation on our part as the company might choose to feature its mysterious home-grown chipset in both devices.

For now, that is all the information available on the upcoming devices and we will have to wait for either the Pixel 6 and Pixel 6 Pro debut to find out more, or rely on any leaks that might come our way in the meantime.