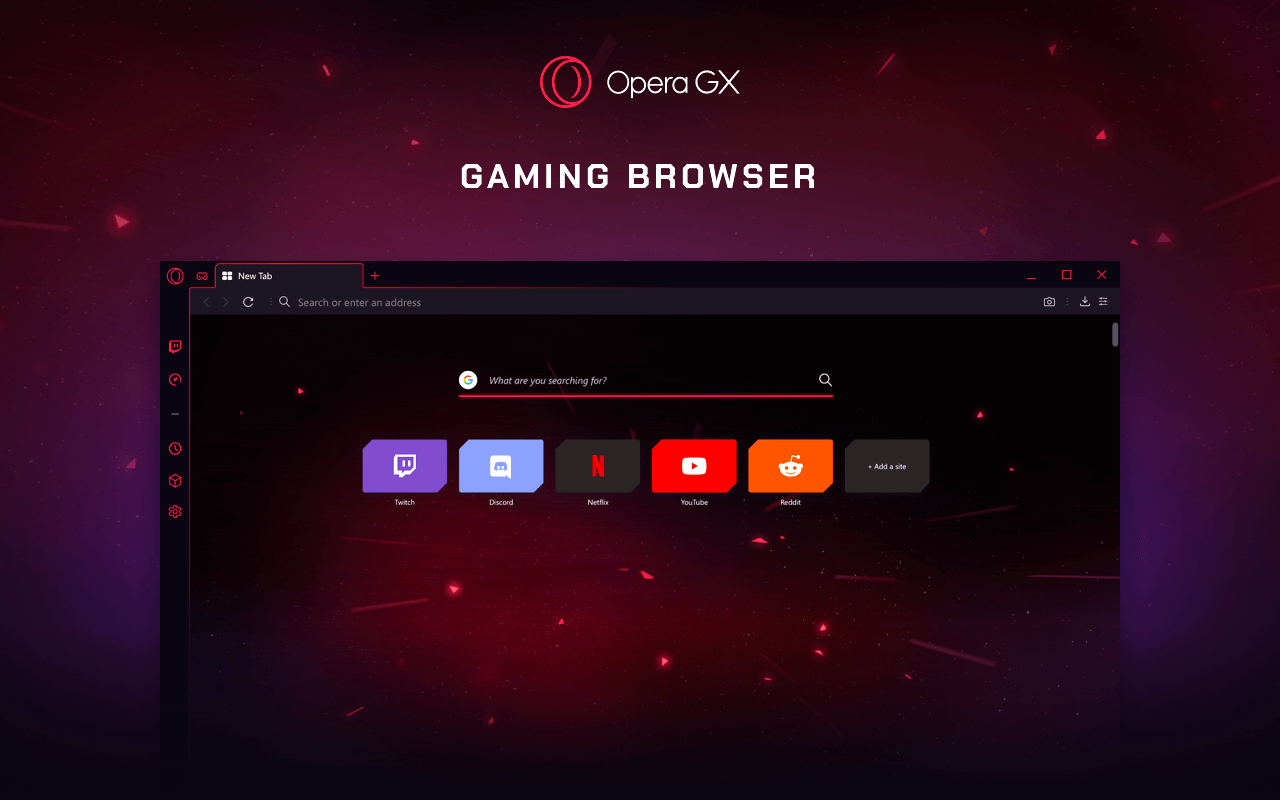 Opera GX was launched mid-2019 on Windows and arrived on macOS just a few months later, to many good reviews. The desktop browser has been used by over nine million players, registering a growth of 190% since launch, which is not a small feat.

Now, Opera GX officially makes its debut on mobile: Opera Limited has announced the first mobile browser that was designed with gamers in mind: the Opera GX Mobile.

Opera GX Mobile will allow gamers not only to keep tabs on their device’s performance but also to give it a boost – the GX Control feature will let them set limits on usage for the network, RAM and CPU as well as tabs that might be contributing to lag. And you bet GX also backpacks an ad-blocker that will definitely be more than welcomed.

For those who livestream and are active in their gaming communities, the browser comes with both Discord and Twitch.

Of course, Opera didn’t forget about sound: it features in-browser sound effects that were composed in collaboration with the band Berlinist (who are responsible for the Gris soundtrack) and sound designer Ruben Rincon (of Rainbow Six: Siege fame).

The browser is fully customizable in terms of colors and themes and for those who spend too much time in front of their screens, they will also be able to enable dark mode on any page so their eyes can take a break.

The Fast Action Button (FAB) offers haptic feedback while the GX Corner will show the user the latest game news, offers as well as a game release calendar; there’s almost nothing that Opera has not thought of when designing the browser.

The users who already have the desktop browser will be able to sync their mobile experience, of course, which can be easily done via the Flow feature. This way character builds will remain intact regardless of the device they play on.

Product Director of Opera GX, Maciej Kocemba, has said of the browser that it is the only one “designed specifically to complement and enhance the gaming lifestyle […] Straight from their mobile devices, GX Mobile instantly connects users with the vast and vibrant digital ecosystem which exists around video games.
Providing instant access to core gaming content channels like Twitch, YouTube and Reddit, plus GX Corner – delivering up-to-the-minute gaming news, game release calendar and a deals aggregator, providing the best prices on the latest games. With GX Mobile gamers have never been more connected.”

Opera GX Mobile will be available to the wider public in a couple of weeks but, until then, if you’re itching to give it a try, the browser is available in beta for the moment, on both Android and iOS and you can have a test run by visiting the official website.