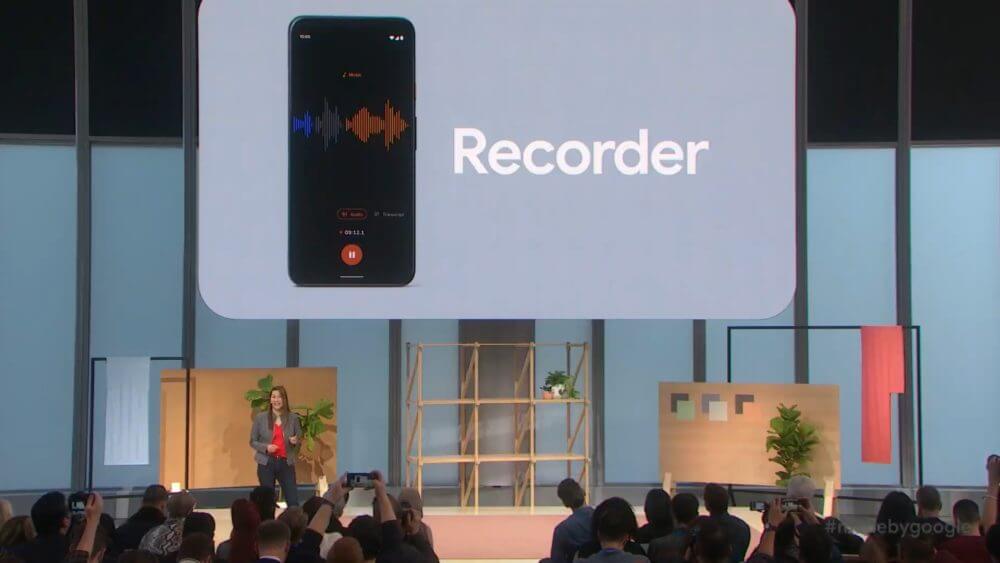 Among the many new features introduced to the public during the Made by Google event, we can also count the Recorder app: an app for voice recordings that makes use of artificial intelligence to transcribe recordings in real time.

As if that wasn’t enough, Google announced that all this work is done offline, thanks to a new language processing model that can be run directly from the device.

Immediately after the presentation, Sabrina Ellis, VP ​​of Product Management for Google, took the stage and showed a live demo of Recorder, showcasing how the application is able to transcribe everything without making mistakes.

At the moment, the only language supported by the application is English , although Google has announced that in the future the app will support others, but it did not specify which languages it is currently looking into or testing on the app.

The application also features an advanced search feature that lets the users search for certain sounds, words or phrases in a voice recording. The function is particularly useful for finding the exact moment when a particular word or phrase is pronounced, which is automatically highlighted in yellow by the application in the playback bar, saving precious time. Of course, you will first have to save both the audio file and the linked text file that will come along with it in order for the search feature to work.

Finally, Google announced that Recorder will be available on the newly introduced Google Pixel 4 and Google Pixel 4 XL smartphones but it will most likely make its way to other devices soon enough.