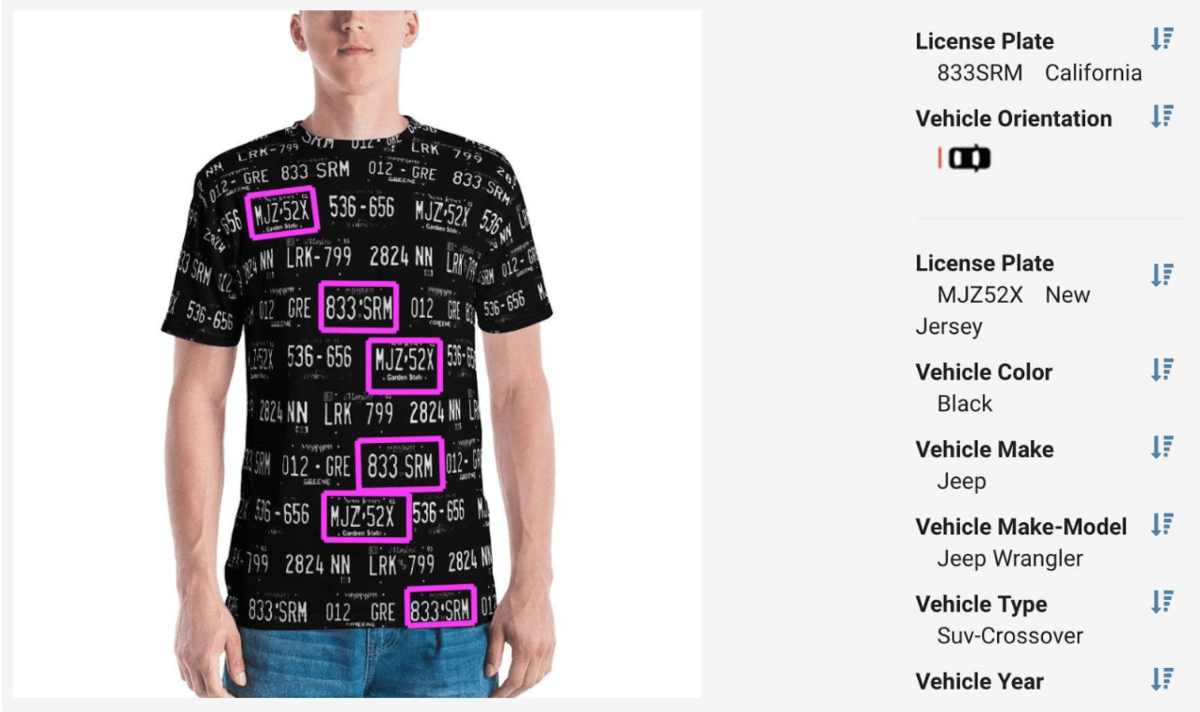 We’re heading into a future where we’re facing computer vision algorithms pretty much everywhere in our lives and our cars have already encountered plenty of those, most likely in the shape of Automatic License Plate Readers (ALPR). If you ever got a traffic ticket via mail, your car definitely encountered one.

Digital security professional and fashion designer Kate Rose realized she can trick the ALPRS simply by wearing clothes that feature patterns of fake license plates. ALPRS can be found pretty much everywhere in America and they are capable of capturing about a thousand license plates per minute, complete with GPS location, date and time.

These systems are used by the police to not only solve crime but also to track people who travel either to or from sensitive locations. They are pretty complex but, at the end of the day, they’re still machines who cannot yet tell if what they are looking at is real or not – patterns and textures can still confuse them so if it has the semblance of a license plate, it concludes it is a real one.

“When an ALPR looks out into the world, it looks for something in the range of the camera that is likely to be a rectangle or a combo of letters that says it’s a license plate,” Rose has said of the technology.

Rose developed and created license plate patterns on fabrics and designed them to look real enough to confuse a system like ALPR. She was inspired to create this type of clothing after a conversation she had with a friend who is employed at the Electronic Frontier Foundation. During the conversation they had, they discussed how a lot of plate readers on police cars are often innacurate, and why.

“By wearing these designs on the street, you help introduce junk data into a surveillance system that could in a large scale make it less useful, more expensive to use,” Rose said. “I think it’s important to experiment with ways to be non-compliant with surveillance systems in whatever way we can, and I like clothing as an accessible first step.”

Rose’s collection, which she called Adversarial Fashion, includes everything from hoodies to skirts, all of them featuring fake license plates as well as circuitry designs. She even wrote the Fourth Amendment in yellow letters across a number of license plates on the fabric of a skirt.

The clothes cost anywhere from $25 to $50, depending what type of garment you’re interested in. The website is not all about buying though: Rose also included some DIY resources to help others design their own anti-surveillance clothes.

“Hacking is fundamentally about democratizing and demystifying the systems and devices we all use, helping each other learn that we’re smart enough to take apart and tinker with them, and reapply them to what you personally think is a good idea,” Rose said of her project.