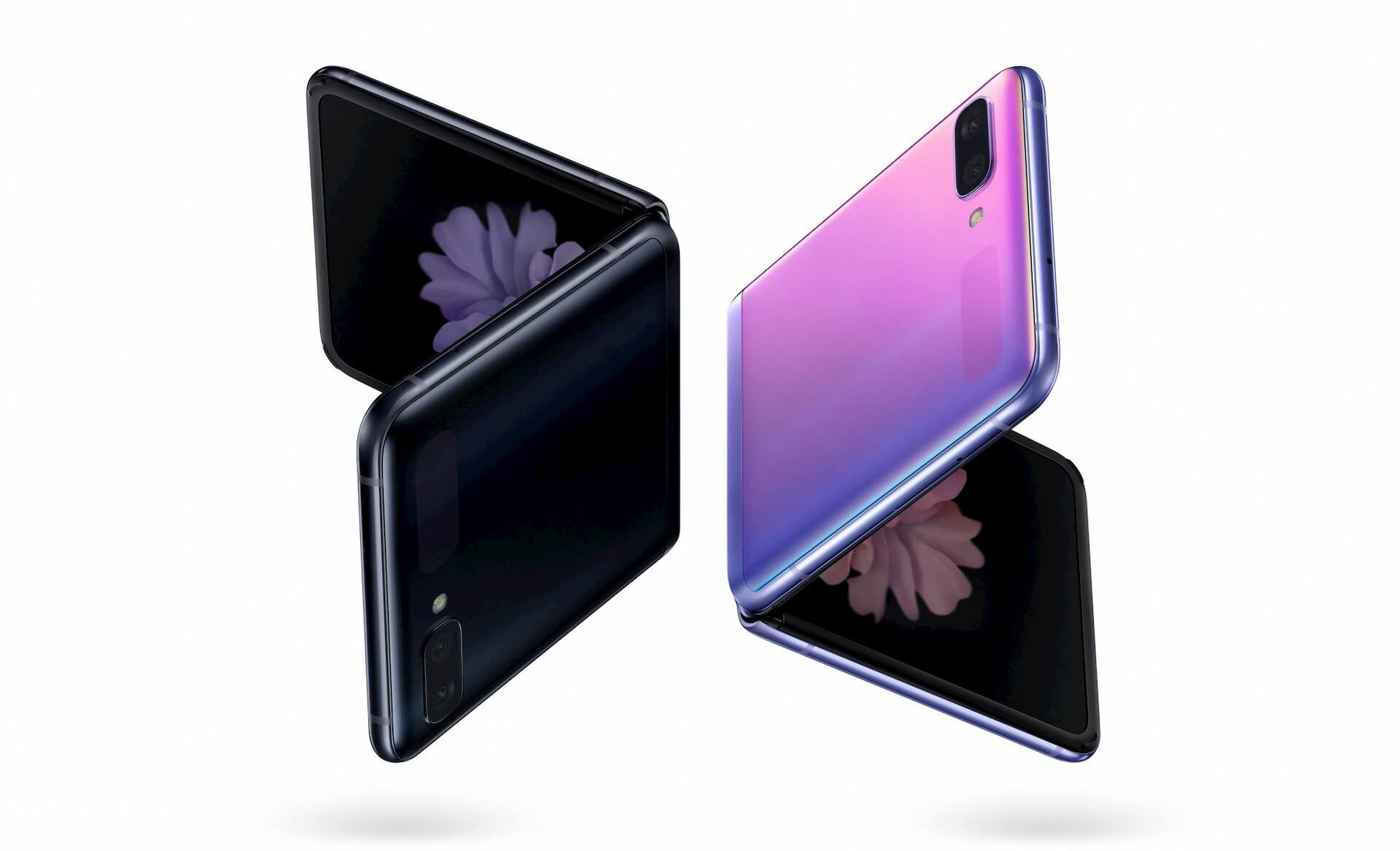 Which came first – the chicken or the egg? In the case of Samsung and Motorola, it doesn’t seem to matter that much. It’s true, Samsung seems to have copied Motorola Razr when making the Z Flip, but they’ve also improved every aspect of the phone, earning users’ forgiveness.

After all, when the copy turns out better than the original, does that really matter anymore?

To begin with, there’s a bigger main screen, at 6.7-inches rather than 6.2-inches and a larger outer display, as well. It’s worth noting, however, that Z Flip is wider and thicker than the Razr, which is not necessarily a good thing for those looking for a very compact foldable.

There’s no chin on the Z Flip, since Samsung decided to push the fingerprint scanner to the side, not to the bottom of the phone. This design difference was intentional, I feel. The Razr had to look exactly like the OG version, keeping those retro vibes.

Besides Black and Gold, the Z Flip comes in Purple, too, and in the color scheme representative of the Thom Browne brand. Indeed, this is the Z Flip Special Edition, for Thom Browne fans. It’s also accompanied by the Buds Plus and the Watch Active 2:

The biggest differences between the two phones, however, become evident as we look under the hood.

While Galaxy Z Flip is powered by the Qualcomm Snapdragon 855 Plus and counts on 8GB of RAM, the Razr was outfitted with the Snapdragon 710 and just 6GB of RAM. As for the storage, the Razr is also behind the Z Flip with just 128GB available and no space for microSD card.

Samsung Galaxy Z Flip has double the cameras Motorola Razr has. The phone counts on a dual 12MP+12MP rear camera and 10MP selfie snapper, while the Razr has one 16MP cam with just a 5MP selfie shooter, something of a turn off for Millenials.

We were pretty disappointed by Motorola Razr’s battery (2,510 mAh cell) and we’re even more now, after Samsung proved the form factor wasn’t such an insurmountable obstacle in this respect. The company managed to put a 3,300mAh cell on their phone, along with wireless charging.

Even better, they’ve made all these improvements on their clamshell phone, while keeping the price under $1500, the price of the Razr. Samsung Galaxy Z Flip starts from $1380 this Friday.

Has Motorola lost the fight? Unless Galaxy Z Flip starts to break overnight, I’d say so.