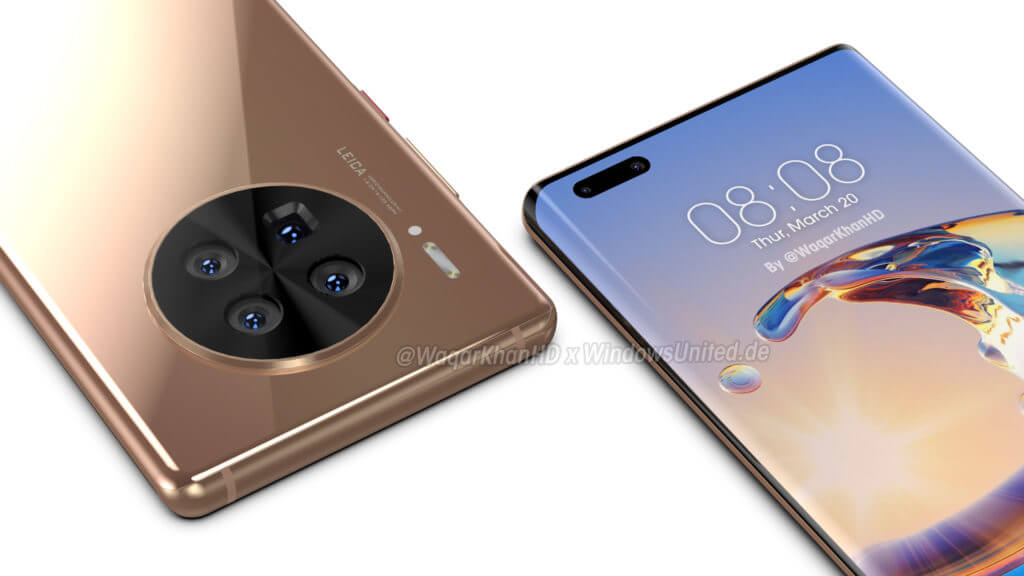 Huawei Mate 40 is one of the most expected smartphones, along with the iPhone 12. That being the case, rumors on the handset are showing up frequently.

This time, new renders of the Huawei Mate 40 Pro illustrated its sophisticated waterfall display with its specific circular camera housing.

Until now, Apple has appreciated the design language of its products, and Huawei Mate 40 Pro’s design renders based on “CAD files, leaks, and patent documents”, show that a similar one could be achieved.

The series will most likely arrive with a quad-camera system at the rear, and the flash LED, the main camera consisting of a 50 MP + 80 MP + periscope lens + ToF sensor. The Pro version would have a periscope camera with 5X zoom or 55X digital zoom.

This time, the display will be quite unusual, of 6.4-inch display, smaller than the Mate 30, while the Pro would have a 6.7-inch display with Full HD+ resolution.

All variants will integrate the next Kirin 5nm processor, probably the last series of Kirin-powered flagship that Huawei will produce.