This Huge Sphere Was Coated In Vantablack - TechTheLead 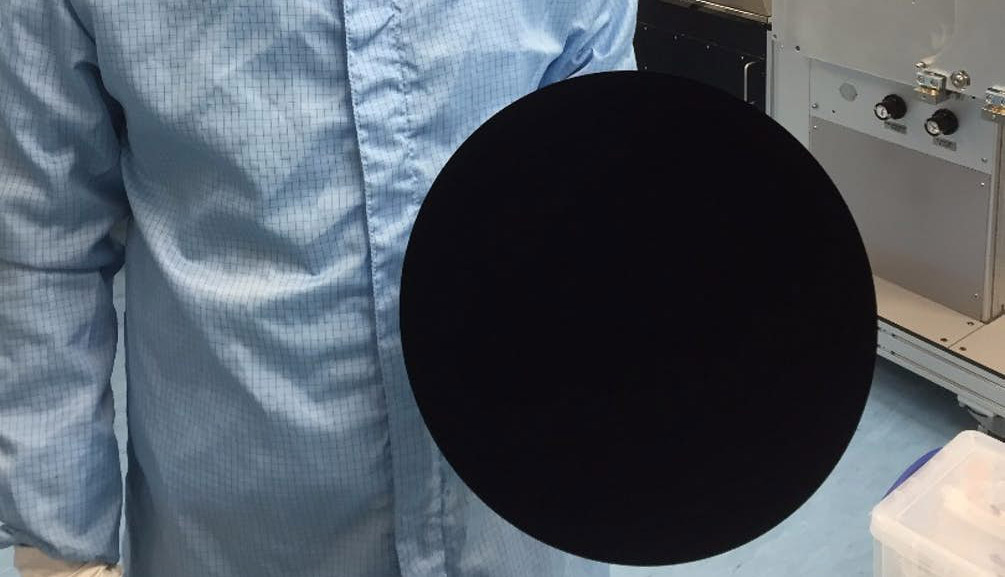 Look hard at the picture above: can you see a 3D object or a 2D form? You’ll probably say the latter and even fight to prove it was badly layered on top of the man’s hand in Photoshop. But you couldn’t be farther from the truth since what you’re seeing is an actual Vantablack sphere #todaymagic

The optical illusion is a result of the coating used to paint the object: Vantablack. If you haven’t heard about it, suffice it to say it’s the darkest material ever produced in the lab. In 2014, British researchers made it public, explaining it could absorb 99.96 percent of ultraviolet, visible, and infrared light. Two years later, they managed to darken it even more and now, the team that produced it, Surrey NanoSystems, says there’s no spectrometer advanced enough to measure the amount of light it absorbs.

What’s even cooler is that the researchers released the coating in a spray formula (Vantablack S-VIS) that while it’s not as black as the 2016 version, it still blocks 99.8% of light. Coat a figurine with it and you won’t be able to see the features anymore: But how did they manage to create such a material?

By arranging millions of carbon nanotubes, each measuring around 20 nanometres by 14 to 50 microns. When light hits this nanotube forest, it goes straight through the gaps where it is trapped and absorbed. “To understand this effect, try to visualise walking through a forest in which the trees are around 3 km tall instead of the usual 10 to 20 metres. It’s easy to imagine just how little light, if any, would reach you.”, add the researchers.

Vantablack could be priceless in the hands of the military, expertly hiding features and things from the enemy. People who have looked at it describe an eerie feeling, as if they were staring at an infinite hole.  If they touched it, the team says the surface would be easily damaged but that the “sensation would be akin to touching the underlying substrate.”