Live Blog: Everything You Need To Know About The Samsung Galaxy S8 - TechTheLead 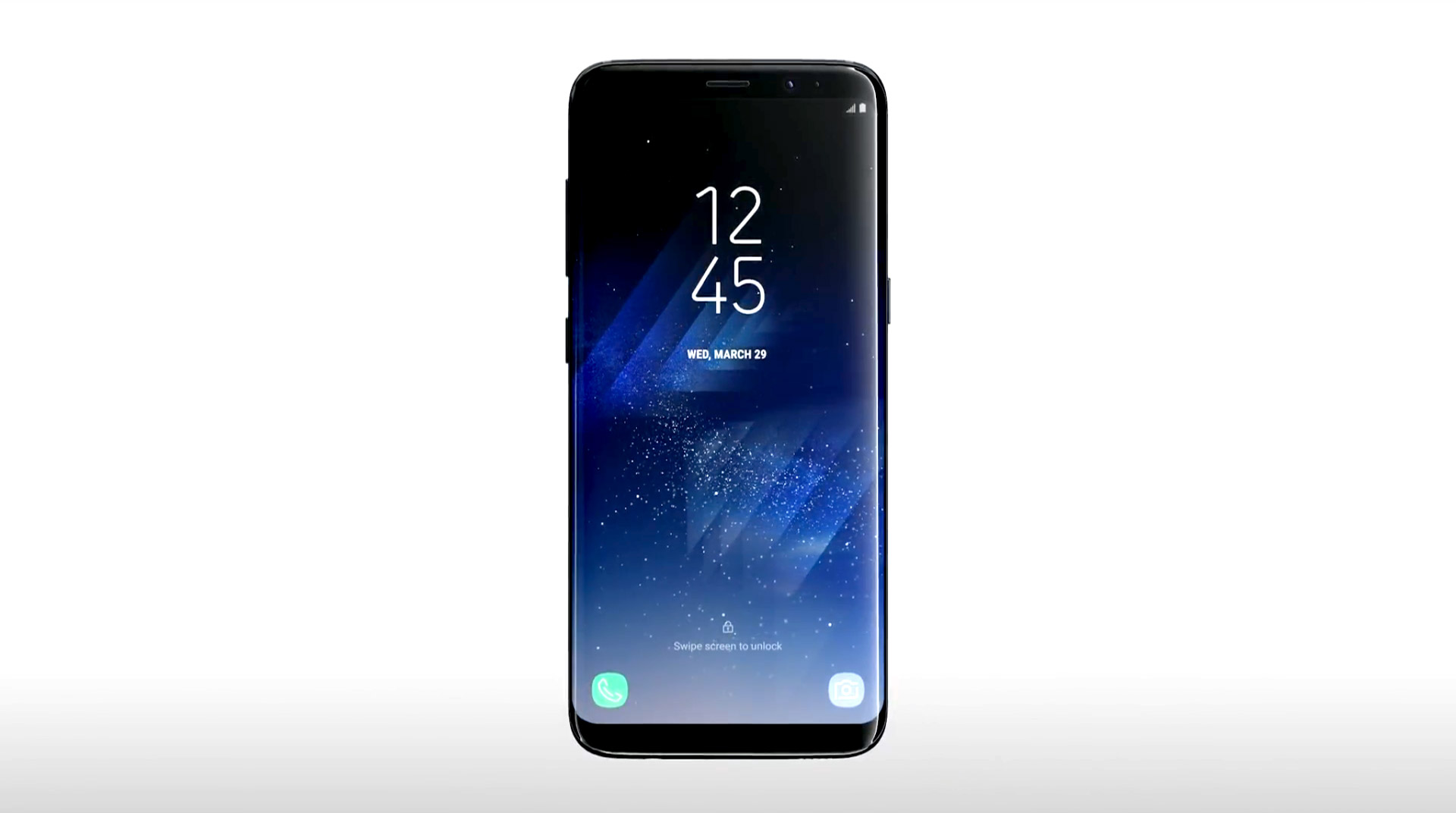 Ten minutes until 8AM PDT. Are you ready to see what Samsung has in store for us? I totally am! Check out the live blog from the Samsung Galaxy S8 announcement event. Let’s make #mobilemagic!

It’s showtime, guys. The unboxing has began. DJ Koh, President of Mobile Communications Business at Samsung, welcomed us after watching an emotional teaser for the new Samsung Galaxy S8. Yes, the smartphone has arrived, a device which is “no longer defined by boxes and no longer restrained by different barriers”, says Koh. 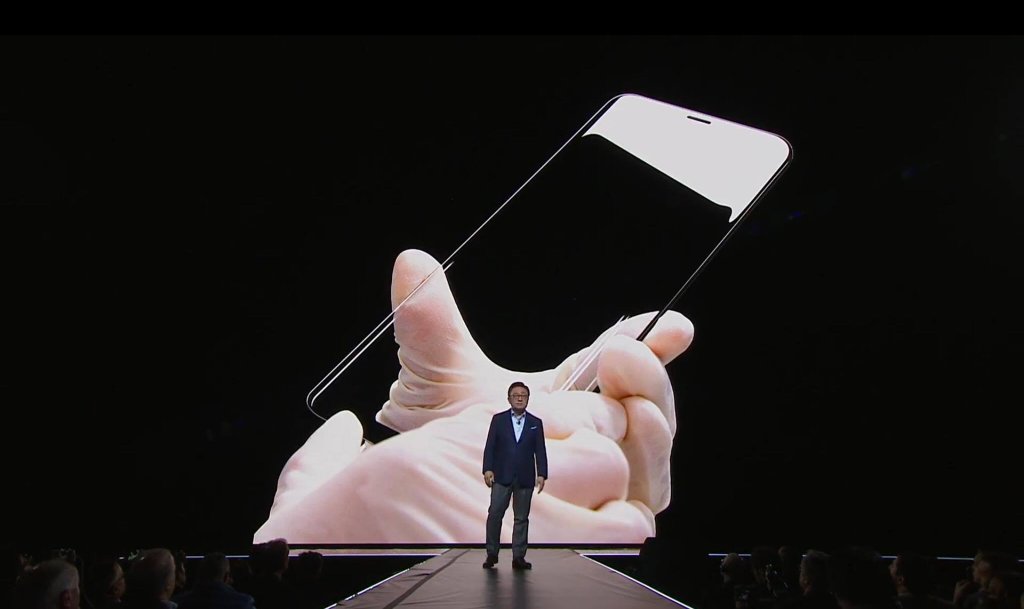 The infinity display, the camera’s ability to take sharp photos in low light and authenticate you through iris and facial recognition (without forgetting about fingerprint recognition) and Bixby are just the top features of the new Samsung Galaxy S8.

To obtain an Infinity Display, Samsung redesigned the smartphone from the inside out. Each component was reduced in size, corners were rounded, edges were curved. The home button was moved beneath the Infinity Display so it remained on the front without constraining our moves. With an extra half a million pixels, Galaxy S8 should have the “largest and most beautiful display for a smartphone of its size”. Galaxy S8 comes at 5.8-inches while the S8 Plus measures 6.2-inches.

More screen means more freedom to multitask (through a split screen), less scrolling and the chance to stream Netflix shows without squinting to see who’s doing what. 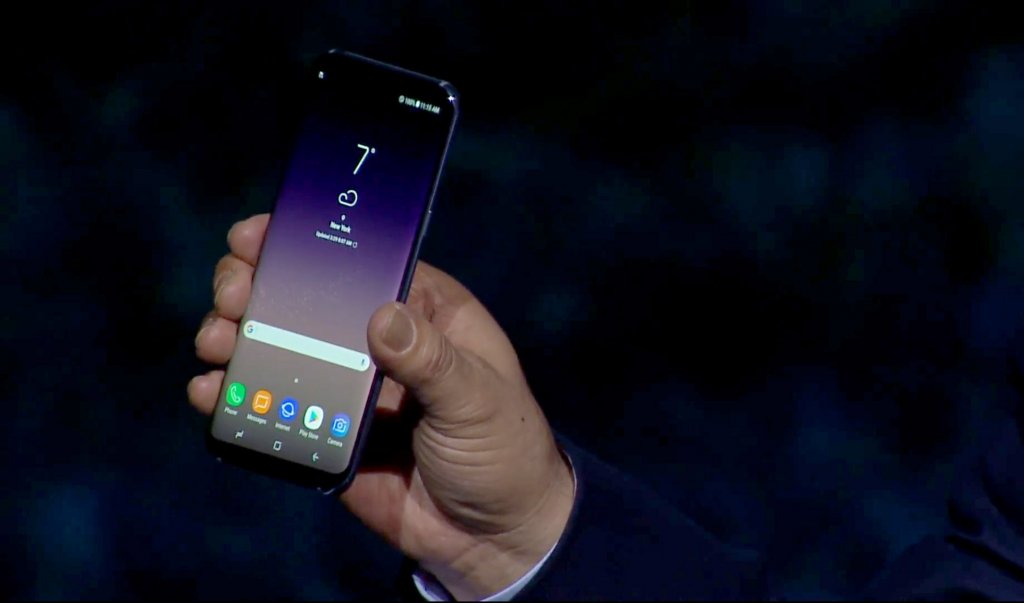 So, how about hardware? The new phone comes with a 10nm processor and a dual pixel rear camera with 12MP resolution at F1.7 which could help loads while taking low light pictures. Want to take multiple photos of the same scene? Samsung Galaxy S8 can make it happen with the new multi-frame acquisition that reduces noise and boosts brightness. Meanwhile, the front camera is an 8MP sensor with smart auto-focus that should focus quickly on faces in a group selfie. 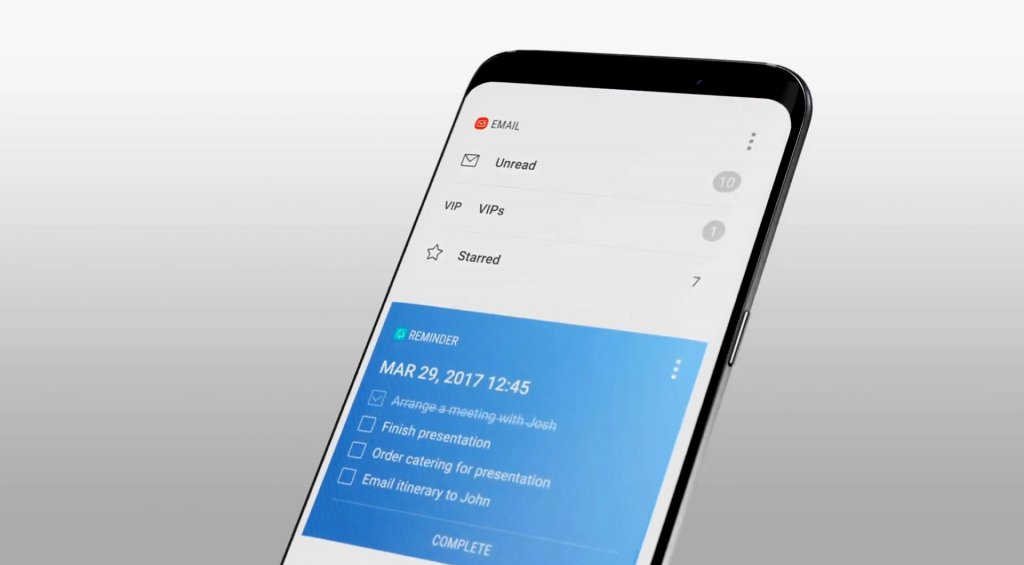 The camera is also key for its dual biometric system used to keep your phone safe: iris and face. As for fingerprint scanning, it’s still available but you have to authenticate on the back of the device. 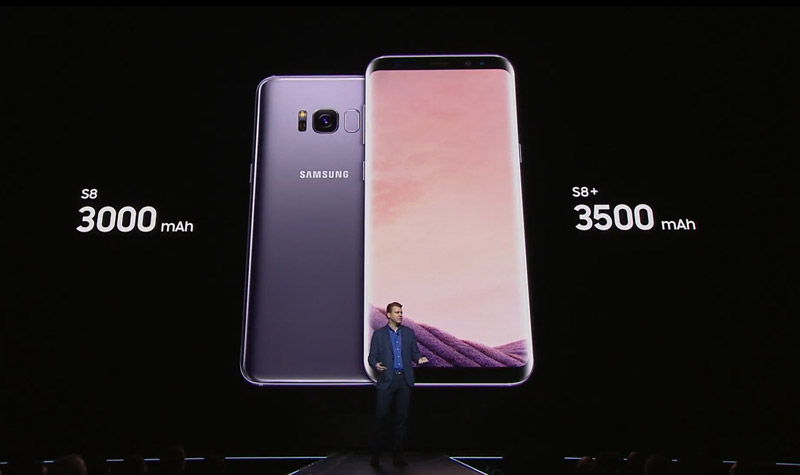 Otherwise, the smartphone features a predictable microSD slot for up to 256GB storage, dust and water resistance, 3,000mAh battery for S8 and 3,500mAh for S8 Plus and wireless charging. Oh, and we’re still stuck with 4GB of RAM.

Yet, the most exciting feature about the new smartphone has to be Bixby, Samsung’s virtual assistant. As opposed to other assistants, Bixby understands context, explains Sriram Todla, Sr. Director at Samsung. You can open Maps, press the Bixby button on the side of the device and it will take a screenshot and send it to one of your contacts, if you use a voice command.

If you have multiple contacts with the same name, you can finish the process by selecting the right one from the various options given by Bixby. Basically, you can interact with Bixby by voice or touch without cancelling your task. 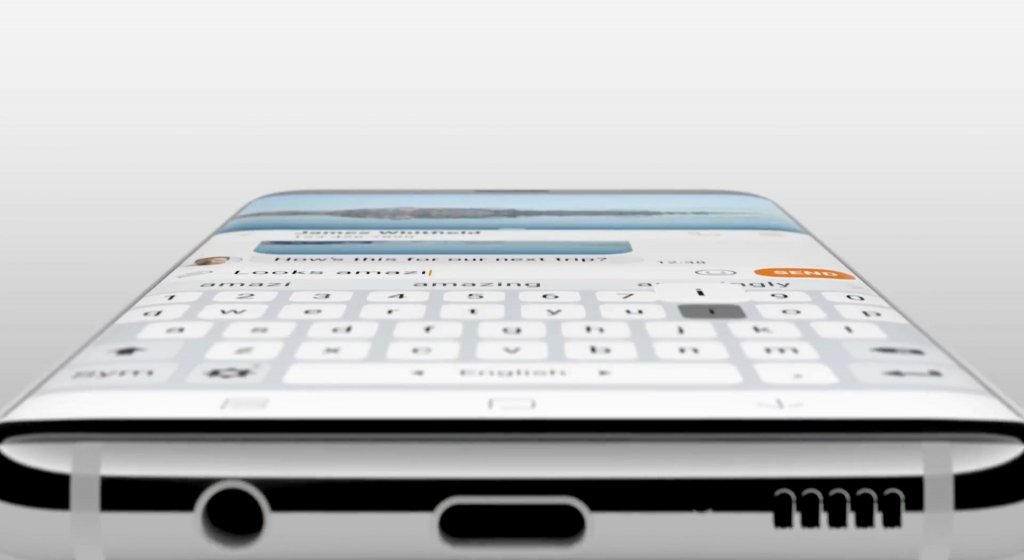 The virtual assistant should be of real help when you’re doing online shopping, too. If you’ve seen some cool bike or chic jacket on the street and want to make it your own, simply pinpoint the camera towards it and Bixby is going to find that object in an online store and help you buy it. Samsung calls this Bixby Vision.

That contextual understanding Todla talked about earlier is going to be easy to see from the home screen, as well. By swiping right, you’ll get a full page of contextual information in the form of cards. These are going to be powered by smartphone apps, native and third-party, prioritized by Bixby after the amount of time you spend with each. 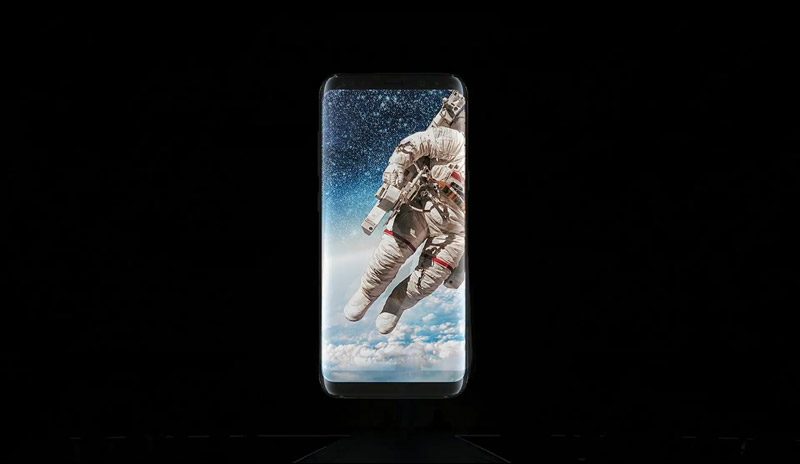 How will the assistant know which is appropriate to feature at a particular time and place? By taking into account the hour and your location. Another Bixby function worth talking about for those of you who listen to a lot of music is the support for Google Music. This means Bixby is connected to your library, playing your favorite songs the moment you mention them or remind you of an upcoming album release.

Before I go into accessories, let’s see what Samsung kept and what it added to the connectivity function pack. You have Samsung Pay for smartphone payments, Samsung Pass to keep all your passwords in one place, safe from prying eyes and Samsung Connect. The latter helps you control your devices from afar, checking the contents of your smart fridge if you’re at the supermarket without a shopping list. Again. 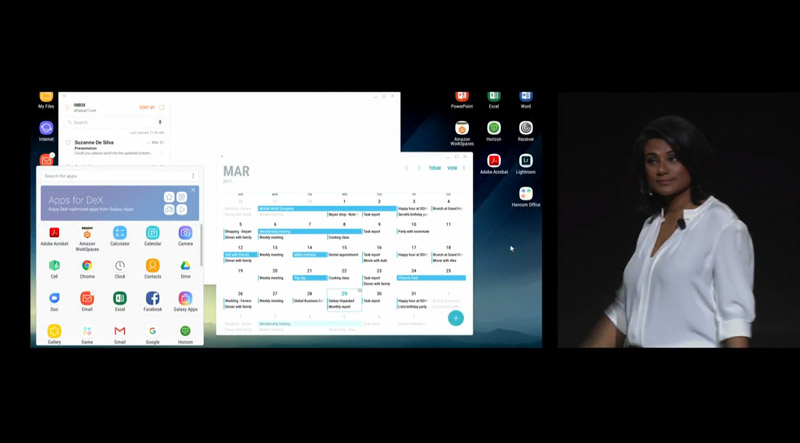 But Samsung DeX is what gets me really excited. This device turns the S8 in a personal computer. Plug it in, connect a monitor and peripherals to it, such as keyboard and mouse, and you can work on a presentation or edit a video with precision. The desktop experience is enabled after facial recognition and is protected by Samsung Knox (defense-grade security platform). Soon, partners like Microsoft will provide app support to make this function even more desirable.

If you’ve scrolled like crazy to see the release date of the S8, don’t fret – I have it. Look for the device after April 21, which is the global launch date. It’s going to be available in at least five colors: Midnight Black, Orchid Gray, Arctic Silver, Coral Blue and Maple Gold. 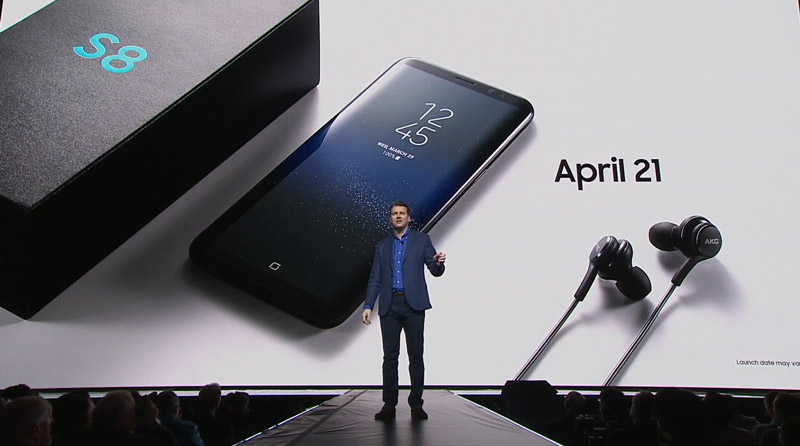 Last but not least, accessories. Samsung Galaxy S8 will come with AKG earbuds that are going to be sold separately, too, at $99/pair. With this launch, Samsung will finally sell Gear VR motion controllers that will help you act more naturally in virtual reality. With these, interacting with the menu button will become an afterthought. Fortunately, Suzanne De Silva announced that Samsung VR will have some new content for its users, starting with Ghost in the Shell experience and ending with 360-degree videos from viral media publishers.

Gear 360 was updated too, with an enhanced grip, the ability to shoot 4K and live broadcast on Social Media. To stress this point, Samsung encouraged the audience to use it on the spot and share videos from the conference. 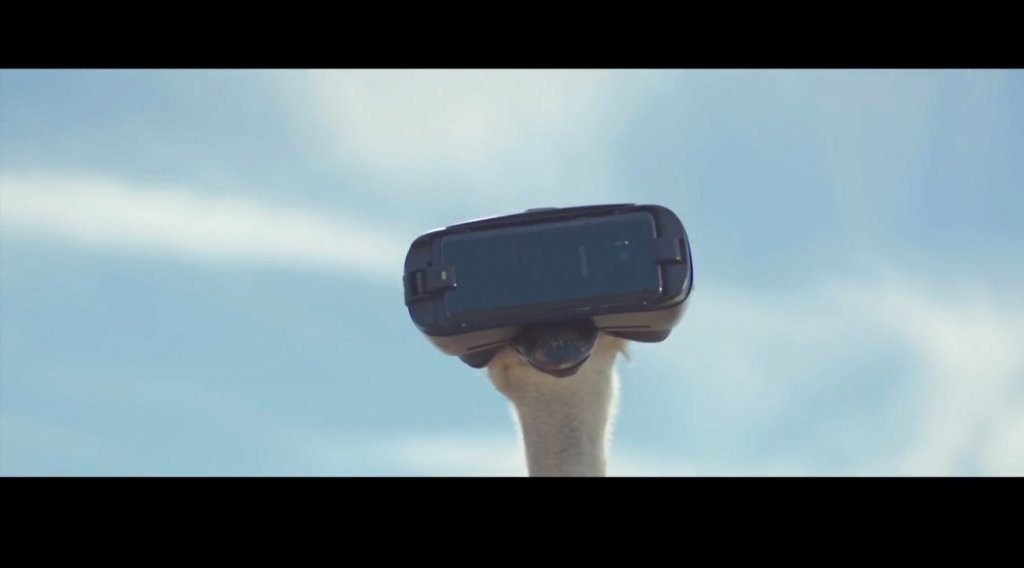