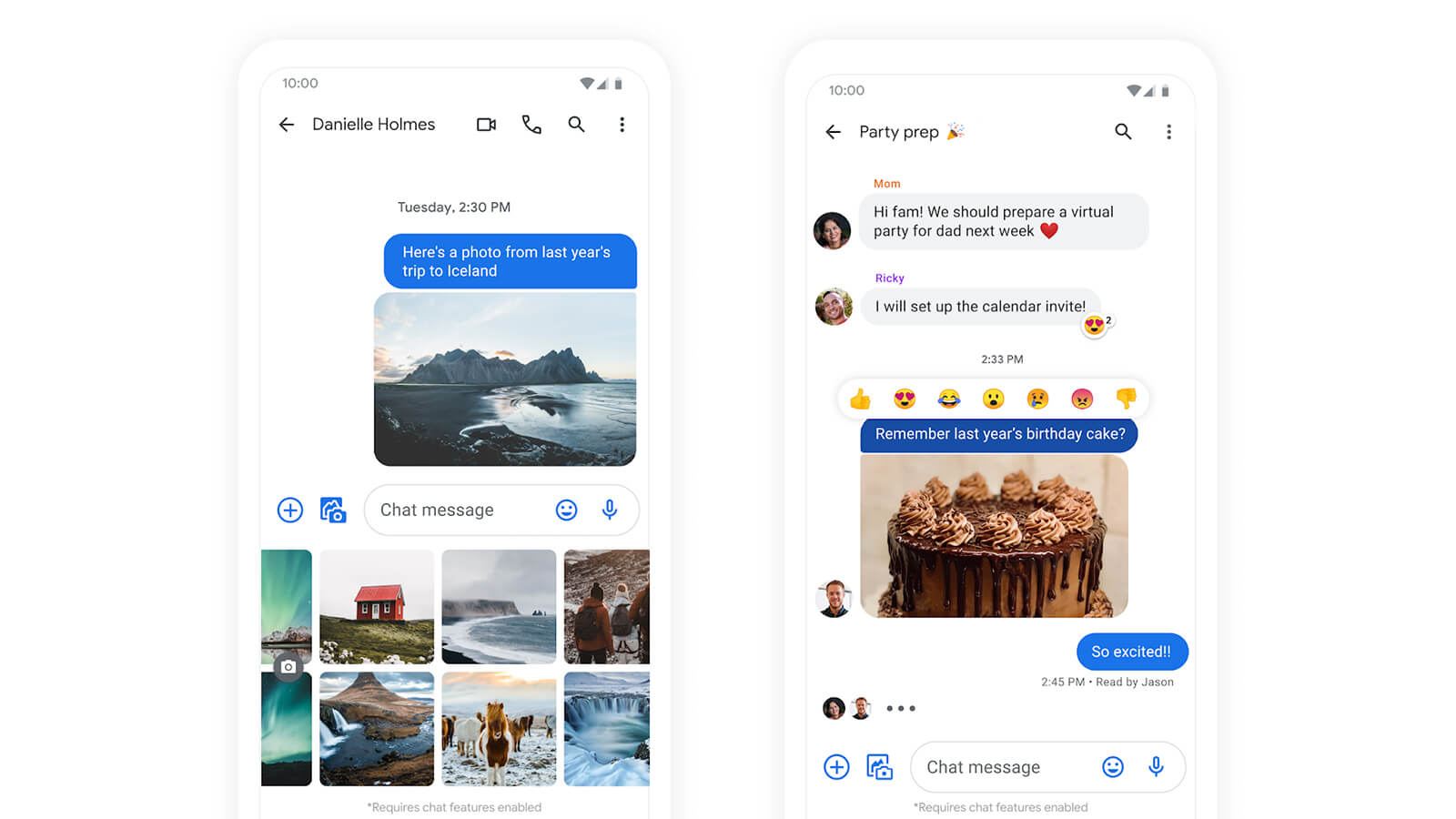 Over the past decade there has been a furious conflict between Android and iOS users. It all comes down to preferences as to whether one is better than the other, but when it comes to messaging, Apple’s iMessage platform is far superior to the rest. And Apple has been working relentlessly on expanding it and adding more features to it. Google on the other hand, has been a little stagnant.

Apple is ahead of the competition when it comes to adding features to its iMessage app. The company introduced message reactions that allowed iOS users to react to a certain message in six different ways.

When it comes to cross-platform behavior, Google Messages was unable to interpret these reactions, which resulted in text that was a little silly and sometimes downright annoying. For a liked photo for example, Google Messages would receive, instead of an emoji from the iMessage user, a text saying ‘liked an image’. For emphasis, the reactions would be pretty literal and appear exactly as ‘emphasized’ followed by the text that was sent.

Now, the company will use emojis to represent a specific iMessage reaction, at least according to a bit of code that was recently discovered by 9to5Google.

In the code, the words ios_reactions_mapping make an appearance, which might refer directly to mapping the reactions available in Google Messages or about mapping different emojis.
It’s yet unclear and too early to tell how this would work for now, especially since iMessage has a different set of reactions than Google Messages but somewhere in between the iMessage reaching the Android user, the software will be able to interpret the emojis as they should be and use similar ones instead of text.

This is only a small step forward when it comes to narrowing the gap between the blue bubble debate and the green bubble debate, so to speak.
But perhaps we will soon see these two platforms coexist with appropriate support for common features. If it works, users will be able to interact more seamlessly than ever before.

It’s doubtful that the Apple vs. Google debate would finally reach common ground however.