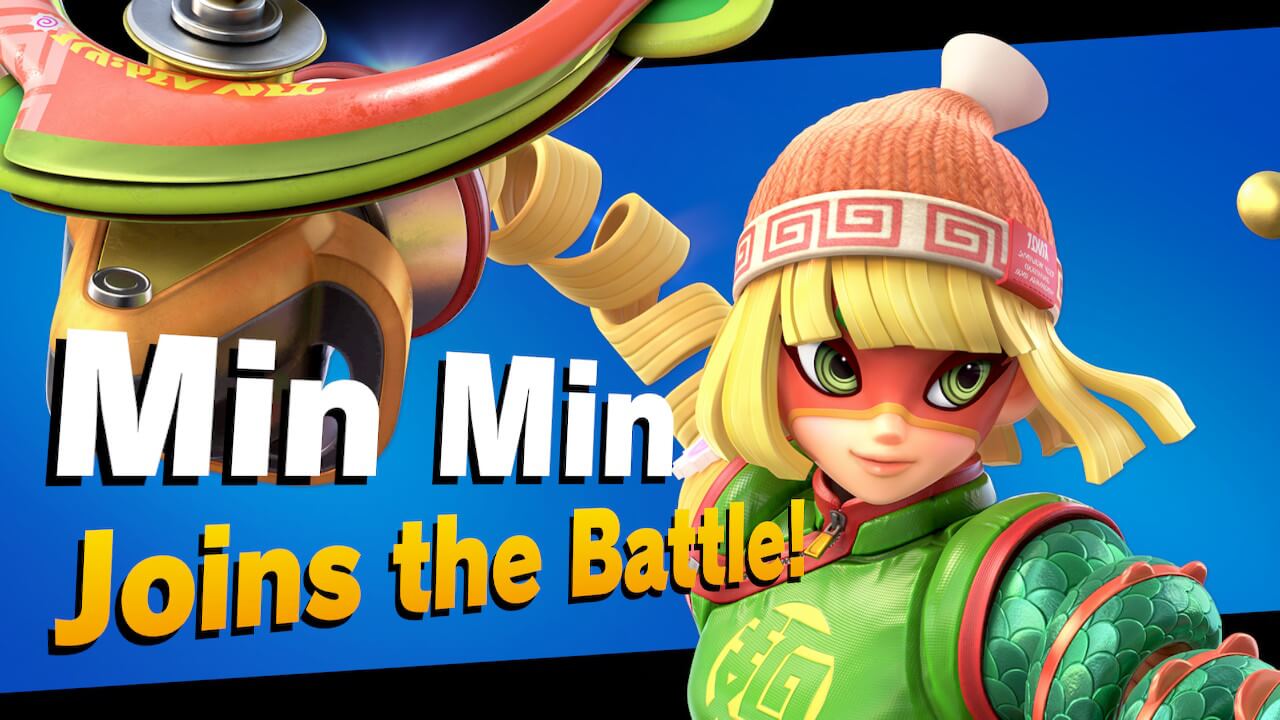 Min Min from ARMS was just released as DLC for Smash Ultimate and fans are excited for new content and ARMS representation in the game. But when it comes to DLC fighters, how they play is almost as important as who they are. Based on first impressions, Min Min really feels unique.

When I say unique, I mean that Min Min feels like no other fighter in Smash Ultimate. Most fighters have special abilities based on their games that enable different fighting styles but still feel true to Smash. For example, Joker and Hero play extremely differently, but their mechanics are based on core Smash features.

Min Min, on the other hand, feels like she belongs to a different game. Most of her attacks center around her long, extendable arms. But both forward and backward aerials, smash attacks and tilts are all essentially the same move – extending your arms out.

In my playtime, this has been both good and bad. In a way, it’s extremely faithful to ARMS itself. Additionally, all her moves excel at applying pressure at range. However, it feels like I’m doing the same move over and over. The “special move” is, in essence, another regular attack. Min Min is the only character in the game whose moves operate this way.

With a playstyle so different and centered around one mechanic, Min Min can feel boring and monotonic. And for part of my playtime, she did. But at the same time, when she gets rolling, she gets rolling. It feels rhythmic, the back and forth swinging of her arms.

However, her weaknesses – her offstage recovery and close ranger pressure – may end up keeping her from truly excelling in a game with many high-level rush down characters. Only time will tell how her metagame develops.