Inside Bell Nexus: See How an Air Ride Will Look Like! - TechTheLead

CES 2019 came to an end last weekend and since then, Bell has been all over the internet. You’ve seen photos, recounts of the Bell booth experience and read about the market predictions for such a vehicle but did you get a look inside? Did you visualize the way an air ride would look like? If not, open your eyes for a visual feast!

In the video above, you can see the polished, modern exterior of the Nexus as well as the leather interior of the vehicle with its ample legroom, four passengers and one pilot seats, and the display on the ceiling which could be used for entertainment or in-vehicle information. 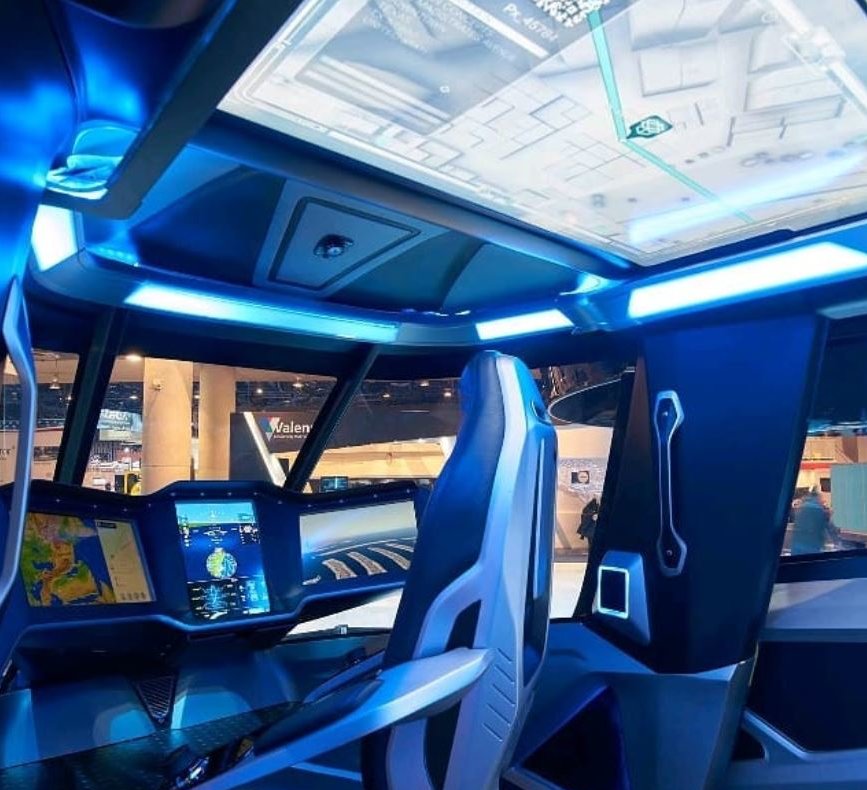 The latter, along with the blue lights, give it a futuristic feeling that I absolutely loved! Instead of feeling a bit uncomfortable in the Sci-Fi space, I felt propelled into the future, excited and comfortable, ready to conquer the skies!

I might get ahead of myself here, but I believe that if there’s a company to
get a flying car on top of buildings and then in the skies, that would be Bell.

It’s not just the finished concept shown at CES that won me over. Scott Drennan, VP of Innovation Bell, talked to us about the partnerships made to bring Nexus to the market, as well as the specs and infrastructure needed. One of their more prominent partners is Uber, but Garmin, Thales and Safran are on-board, too.

That tells me there are resources, influence and more importantly, expertise, to make this dream happen.

Believe it or not, there’s already infrastructure for it. Drennan told us
about their plan to use existent helipads to kickstart the ride-sharing and/or delivery service business. By 2025, you could see helipads turned into “vertiports”, as Bell calls them, for Nexus purposes.

Drennan told us real estate developers are taking into account creating vertiports in Dallas. These vertiports could have a spiral form and would connect to highways. This would make it easier for Nexus passengers to get out of cabs at certain spots to then take an air taxi to get to their desired location. That would make reaching far away places easier, while relieving traffic congestion.

How fast would a Nexus go? According to Drennan, the vehicle has a top speed of 150 mph and a range of 150 miles. If you aren’t aware of the mechanics behind it, let me fill you in.

Bell Nexus takes off vertically, in helicopter mode, only to switch to airplane mode once it’s up in the air. The second mode allows it to push forward. The VTOL works with a hybrid electric system, Drennan explains.

Are there safety issues to consider? Yes and no. The Bell team’s goal is to make the navigation system as easy as possible, so the pilot doesn’t need to have previous training to handle it. That said, as with all new technology, expect hiccups until the system is perfected.

One thing is for certain: Bell’s vehicle is an example of 2019 innovation and it gives us a clue into the future of mobility. Like Yue says, we’re heading to the third dimension!