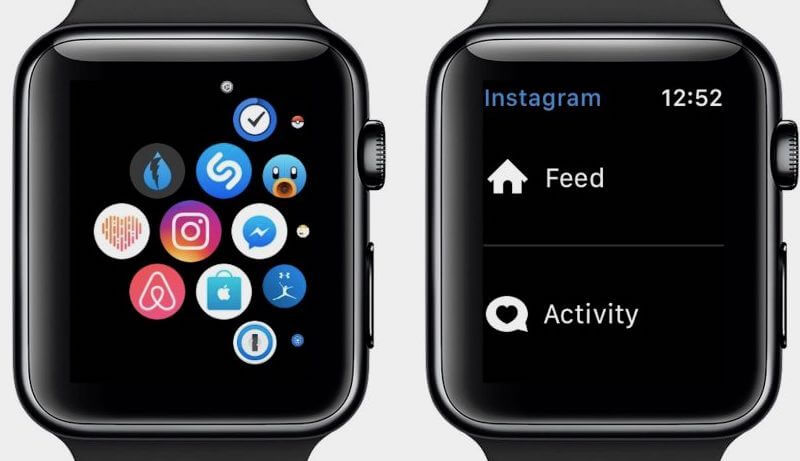 Apple recently announced that it will require watchOS app updates to be native to the system. This decision, however, had some pretty big consequences; because its app is not native, photo sharing social networking service Instagram has left the Apple Watch. What’s worse is that Instagram is joined by Slack, Google Maps, eBay, Amazon, and Whole Foods as companies affected by Apple’s announcement.

Right now you can still view Instagram photos on your Apple Watch, but the app will not longer be available once you update it to its latest update, Instagram version 39, released on April 2nd. With the update, Apple is now forcing developers to update their apps for the wearable using watchOS 2 SDK (software development kit) or later, or launch new ones using watchOS 4 SDK. The Instagram app for Apple Watch was built with WatchKit 1.0 and therefore does not fall under Apple’s requirements.

However, the Facebook-owned company told iPhone Addict (the link directs to a French website) that, although unclear how, it plans to support the Apple Watch in other ways:

“The Instagram app for Apple Watch will no longer be available as a stand-alone experience once users upgrade to Instagram version 39 on iOS, released on April 2, 2018. We are committed to providing users with the best experience with their Apple products and we will continue to explore ways to achieve this on all platforms.”

Apple’s decision to require watchOS apps to be native to the system stems from their desire for the apps to be standalone and not needing to be paired to an iPhone. As most apps were built when their functionality relied completely on a paired iPhone, expect to see more apps disappearing from the Apple Watch.

Given Apple’s campaign to gain more iPhone users, it’ll be interesting to see how Apple deals with the exodus of apps.

In other Apple Watch related news, the Apple Watch was banned in UK government meetings due to fears of foreign espionage.